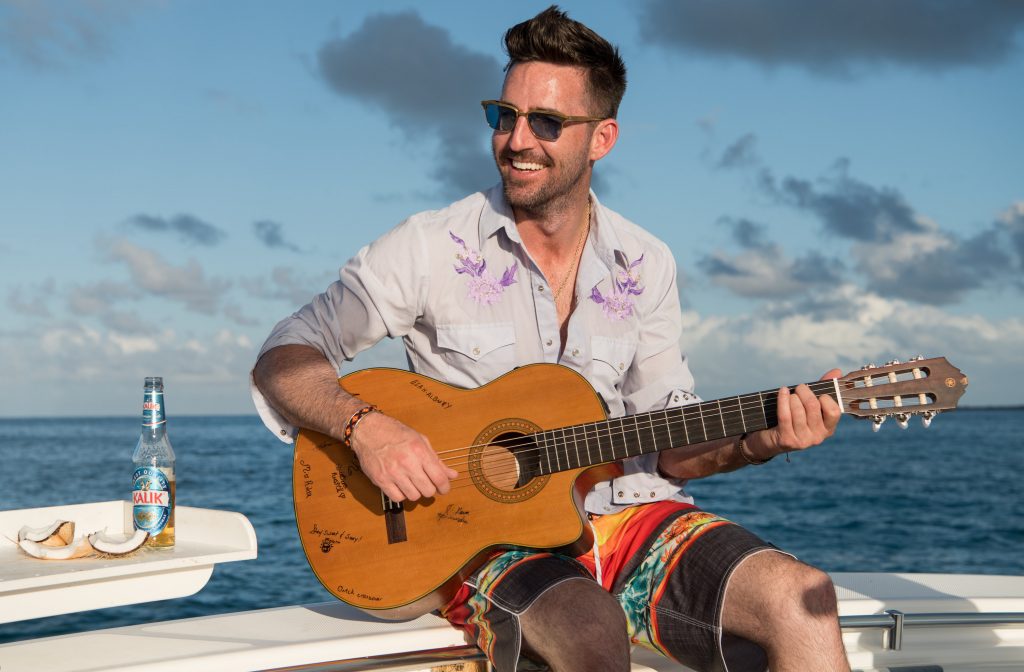 It’s a stripped-down trip to the tiki tonk.

The concert, part of Owen’s acoustic “Down to the Tiki Tonk Tour,” will be much different than the last time Northeast Pennsylvania fans saw the “Barefoot Blue Jean Night” singer when he performed with his full band at Mount Airy Casino Resort, Mount Pocono, in June. A play on Owen’s certified gold 2019 track, “Down to the Honkytonk,” the Tiki Tonk tour is as laid-back and relaxed as it sounds, featuring the musician on stage with only his guitar. It’s a way for Owen to connect with fans in a more intimate way and give a nod back at his roots.

“Sitting on a bar stool, just playing a guitar and singing songs is how I first started making music and is what first led me to fall in love with performing,” Owen said in a news release.

Known for hits including “Beachin’,” “Anywhere with You,” “Alone with You” and “The One That Got Away,” Owen is a multi-platinum artist and radio darling. His 2011 album, “Barefoot Blue Jean Night,” produced four consecutive No. 1 hits, including the title track. “American Love,” which debuted at No. 1 on the Billboard Top Country Albums chart in 2016, also came out at No. 4 on the Billboard 200 all-genres chart.

Owen’s path to music was accidental. As a teenager in Vero Beach, Florida, he began to pursue professional golfing before a wakeboarding accident took away those dreams. While recovering from reconstructive surgery at Florida State University in Tallahassee, Owen borrowed a neighbor’s guitar and taught himself how to play. He began to write his own music and play local open mic nights before moving to Nashville.

Owen’s most recent album, “Greetings From … Jake,” is a love letter to his home state of Florida and its sunshine and laid-back style. The album garnered critical acclaim and spurred his seventh No. 1 hit.

“‘Greetings From … Jake’ is a pure representation of who I am, where I’ve been, what I love and where I am going,” Owen told The Tennessean. “It’s a fresh hello from a point in my career where I feel so comfortable and fulfilled.”

Owen has performed several headlining tours and relishes the energy and feedback he gets from large crowds. However, 2020 is a year of reflection, Owen said, and he’s excited to share a close, personal performance with fans.

“(W)hen I sat down to think about what was important to me this upcoming year, I really wanted the opportunity to go back to the beginning of it all,” he said in a statement. “For me, it was that intimate connection with fans and the ability to really engage on a more personal level.”