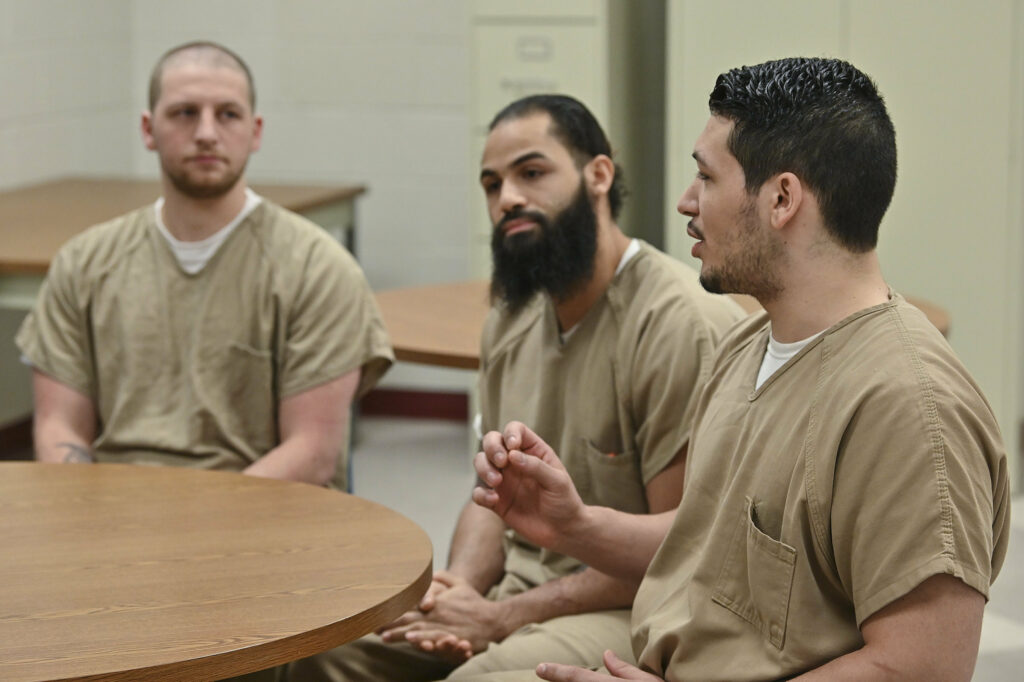 Andrew Danko never drew anything more elaborate than a stick figure when he entered Lackawanna County Prison two years ago.

The 30-year-old Hazleton native wasn’t expecting much when he decided to take part in a special art program at the jail. He was so impressed by his creation — a pencil drawing of a mischievous leprechaun — that he’s now considering becoming a tattoo artist when he’s released.

Danko, who is awaiting sentencing in a federal drug case, is among several dozen Lackawanna County Prison inmates who recently participated in the program sponsored by the Pennsylvania Prison Society and Lackawanna County Re-Entry Task Force. A $2,500 grant from the Lackawanna County Arts and Culture Department covers the cost of art supplies.

Colleen Orzel,the jail’s population control officer and vice chairwoman of the reentry task force, got the idea after seeing a similar project at a Reading jail.

“I love art and poetry and thought it would be good to let them put anything to paper to express how they feel,” Orzel said. “It gives them a voice and a sense of identity … a voice people otherwise would not hear.”

Based on the theme “We are more,” male and female inmates were encouraged to express their feelings through drawings and poetry. Some chose to be whimsical, producing drawings of the Tasmanian Devil, Mickey Mouse, Donald Duck and Goofy cartoon characters. Others chose a more serious tone, including a drawing depicting a broken heart between prison walls and an hourglass with the caption “wasted time behind bars.” 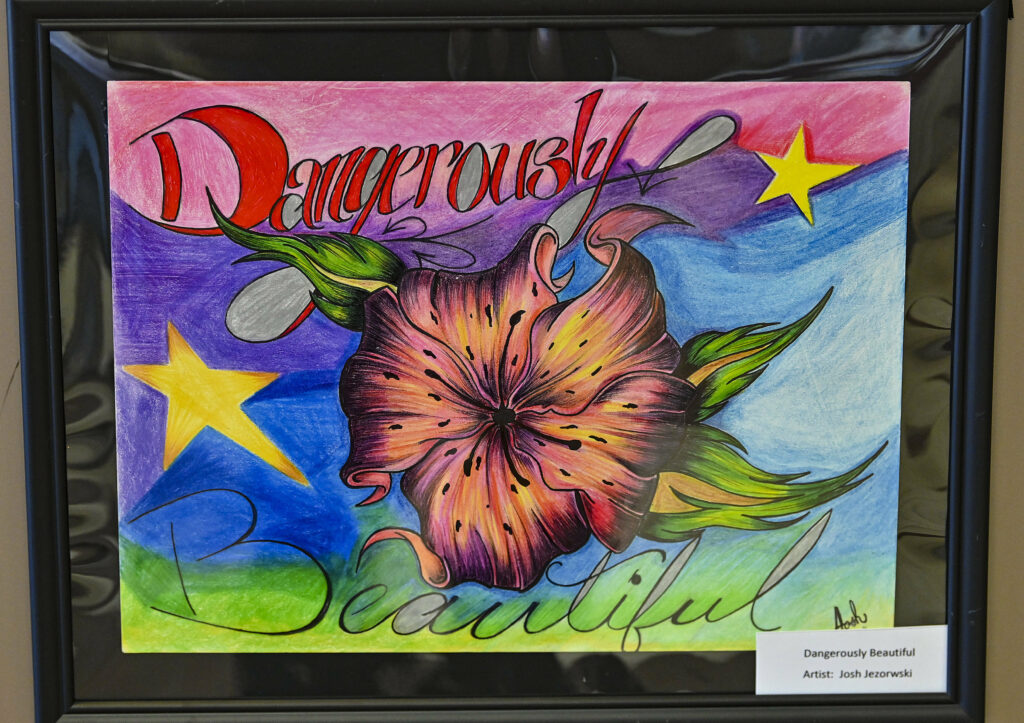 “Dangerously Beautiful” by Josh Jezorwski is one of the pieces of inmate artwork on display at Lackawanna County Prison.

Wilver Veras,29, of Hazleton, created one of the more elaborate drawings — a religious scene depicting a female being brought back from death. It symbolizes the struggles and hopes all inmates face, he said.

“She was dead and she was brought back to life. She got a second chance at life,” said Veras, who is awaiting trial on federal drug charges. He said art has always been part of his life.

“I always believed art is a way to bring together the community and people,” Veras said. “To be able to do that in this environment is amazing. It brings us together in a beautiful way.”

William Hurt, 26, of Scranton, penned a poem that reflects the project’s theme. He’s awaiting sentencing for robbery. He hopes his words help the public see beyond their crimes.

Danko credits the project for also helping him through difficult times.

“I’ve been dealing my whole life with pain and everything going wrong,” Danko said. “Since I discovered I can draw, it helps me let go of the pain … I don’t even know I’m in prison when I draw.”

The artwork is on display in the jail’s lobby at 1371 N. Washington Ave.,Scranton, which is open to the public, until Sunday. The display will then travel to several other locations in Lackawanna County. The dates and locations are still under development.

The reentry task force also is producing a calendar featuring 12 of the drawings. Sales of the calendars, which are now being printed, will help fund programs that help inmates reintegrate into society. Details on the cost and how to obtain the calendars are still being worked out, Orzel said.