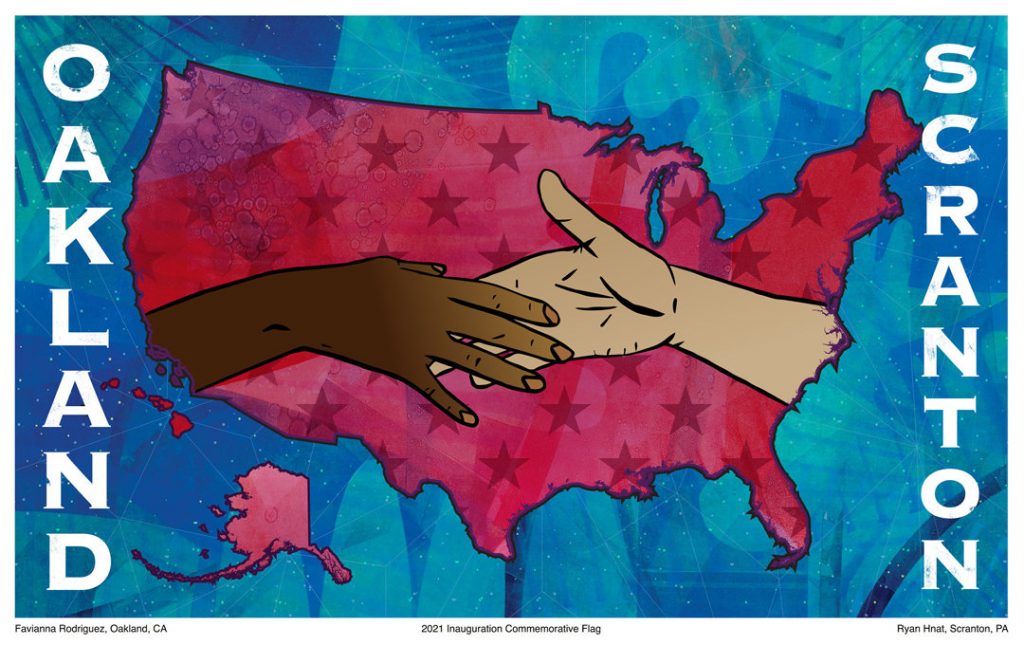 As President-elect Joe Biden’s inauguration unfolds in Washington, D.C., on Wednesday, supporters in his hometown of Scranton have a lot planned to mark the occasion.

The public is invited to a series of online events leading up to the “historic, momentous” day, said Sam Maloney, a city resident involved with the Scranton Inaugural Celebration.

“How often is a president born in Scranton?” Maloney asked.

Marywood University students designed and built a replica of the inaugural podium that will be on display until Thursday at the Lackawanna County Children’s Library in Scranton. The podium is accessible from 10 a.m. to 5 p.m. except for Sunday and Monday when the library is closed.

“We are proud to be able to participate,” Thomas said. “Politics don’t enter into this at all. It could’ve been a Republican President from the city of Scranton. It’s something for us as a community to take pride in.”

Visitors stopping by the library can also leave donations of nonperishable food, hats and gloves for Friends of the Poor.

Both Scranton and Oakland, California — the birthplace of Vice President-elect Kamala Harris — will raise a flag Tuesday that was created through a collaboration with artists in both cities.

Local artist Ryan Hnat teamed up with Favianna Rodriguez in Oakland for the project. The flag depicts two hands coming together for a handshake with the United States in the background. The left side says Oakland; the right, Scranton. 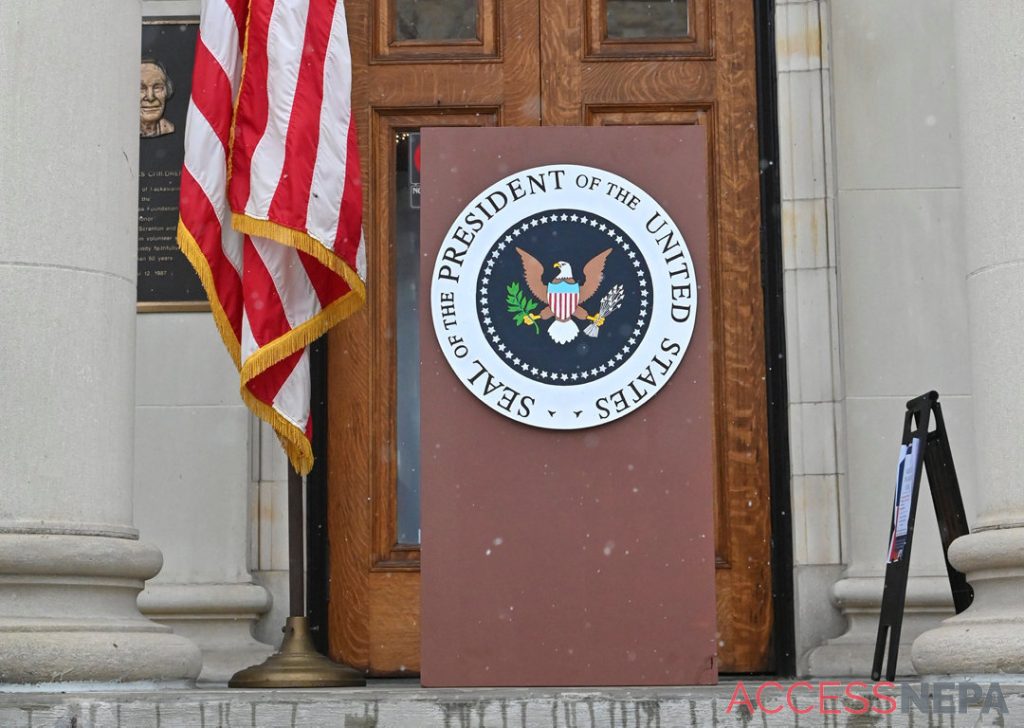 JASON FARMER / STAFF PHOTOGRAPHER
As part of a series of online events for the Biden inauguration, students of the Marywood University School of Architecture, and the Music, Theatre and Dance departments designed and constructed a replica of the official inaugural stage. The podium is on display on the steps of the Lackawanna County Children’s Library.

The flag represents this period in time where there’s a lot of division and hopefully reunites people across the country, reminding them “that we’re all together in this,” Hnat said.

Then, at 5:30 p.m., city landmarks will be illuminated as church bells ring to remember the lives lost from COVID-19. Residents are encouraged to participate at home.

People can livestream the inauguration at bideninaugural.org and post on social media using #ScrantonInauguralCelebration and #Inauguration2021.

The Scranton Inaugural Celebration Facebook page will have its own content on Inauguration Day. Check the page for updates and more information.