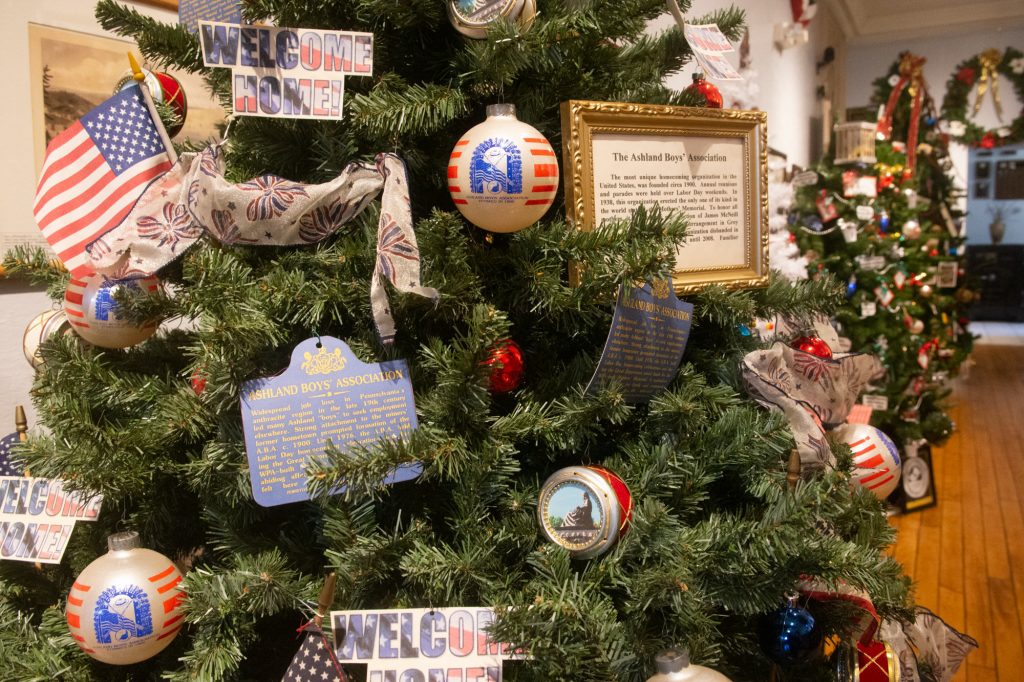 Until Jan. 7, for $1, visitors can vote on their favorite tree by filling out a sheet of paper in the museum gift shop, with no limits on the number of votes cast. The money benefits the local historical societies.

It’s the first year the society is holding the contest. Executive Director Diana Prosymchak came up with the idea to invite local historical societies to submit trees to be judged.

“I wanted to make people aware of the local historical societies,” Prosymchak said. “We want to help them out, raise awareness and tell their stories.”

The goal of the trees, she added, is to tell the stories of the societies represented.

“You walk through the hallway, you know about the towns,” she said. 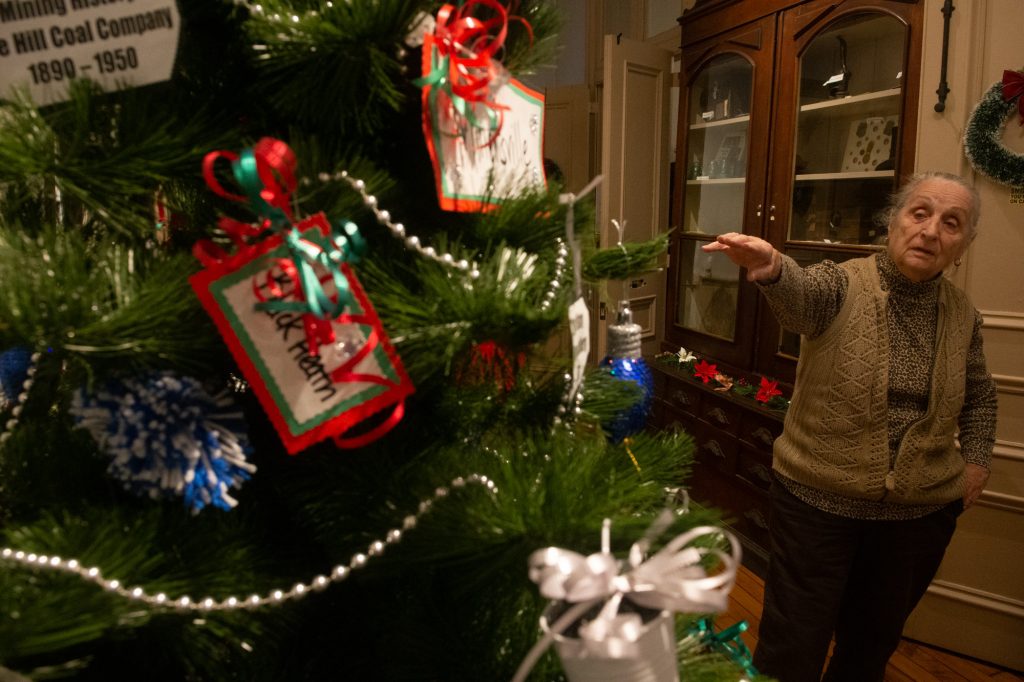 James A. Haluska Jr., a museum consultant and assistant to the executive director, said although the trees were decorated differently by each historical society, they circle back to coal.

“It was a big part of Schuylkill County,” he said.

Haluska said what is interesting about the trees is the history of each region represented.

“There are things on there that people might not know is in the history of these various towns,” he said.

Prosymchak said a prize is still being determined for the tree with the most votes.

Visitors are encouraged to bring ornaments or other items that reflect county history. Ornaments on that tree include a candy box from the former Mootz Candies, 220 S. Centre St., and ornaments from Yuengling Brewery, 420 Mahantongo St. Residents can hang ornaments until the week before Christmas, Prosymchak said.

Haluska said items can be donated or loaned for the county historical society tree.

Prosymchak said the public has been receptive to the trees.

“They’re really enjoying it,” she said.

Children have been particularly excited about the display. They noticed them Saturday, when the historical society invited families to look for the Elf on the Shelf in the museum as part of the Pottsville Business Association’s 10th annual Small Business Saturday.

“Once they saw the trees, they were amazed,” Prosymchak said. “They really took an interest and cast votes.”