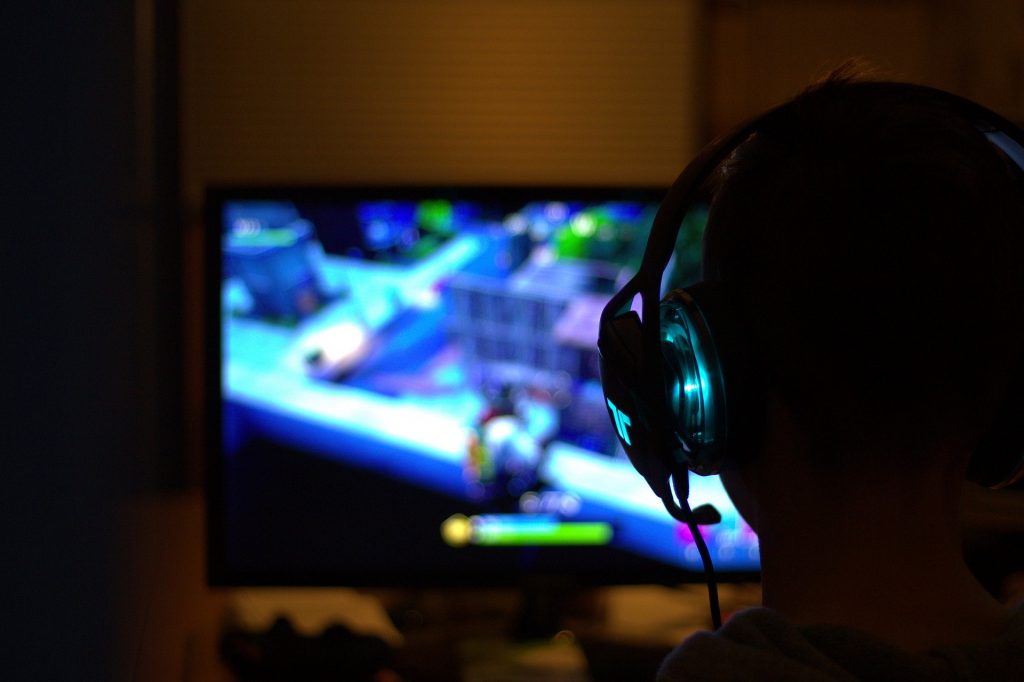 High school gets in on esports action

A new sport is sweeping the nation, and a local high school is getting in on the action. Riverside Junior/Senior High School recently formed an esports club.

Esports can be defined as multiplayer competitive video gaming. Players usually participate in competitions either as individuals or on a team.

“It’s evolved into its own functional, competitive sport,” said Riverside esports head coach and English teacher, Tom Borthwick. “At this point, there are national and international gaming competitions and tournaments where esports athletes are making just as much as your traditional, professional athlete.”

The Riverside esports team started just a few months ago.

“Formally, we finished tryouts about a month ago and our inaugural meeting was in September or October,” Borthwick said.

Before the team was formally started, Borthwick noticed the interest that some of his students took in the world of gaming and esports. The collective interest of the students soon found its way into the school newspaper, which Borthwick also helps run.

“I noticed my students were really interested in it,” he said. “One group of students wrote articles in the school newspaper about why Riverside should have an esports team. … I was enthusiastic, because I’m familiar with what the students play; I loved the idea of getting kids engaged on a different level.”

As of now, the Riverside esports team is focusing primarily on the game Overwatch, a futuristic, team-based shooting game where players can choose from a variety of colorful characters, each with their own unique skills and abilities.

“I really like Overwatch for its fast-paced action and strategy,” Borthwick said.

Interest in the club has been outstanding.

As of now, Borthwick has six members playing at a time with an A team, B Team and backups.

Although esports might not fit into the realm of traditional, physical sports like football or basketball, it has its own set of challenges and unique skill sets just like any other sport. For example, each game that is played competitively functions like its own sport.

“For Overwatch, the skills that you need are wildly different from any other game,” Borthwick said. “You’re learning different characters, skills, mechanics and strategies. You could look at them as being as different as football and baseball.”

He also has his team members watch streams that focus on the characters that they play as, much like a football player watching game tape. According to the coach, the biggest challenge about esports is communication.

“It’s just like any other form of teamwork. If the team can’t communicate, it doesn’t function,” he said.

He also teaches the students “map awareness,” much like the concept of field awareness in football or soccer.

Being a teacher, Borthwick makes sure that his team puts academics first.

“If a kid is failing, the kid’s benched, same with attendance issues.”

Just like any other coach, he exudes pride in his team.

“These kids are talented, they’re skilled, they know a lot about computers. … A lot of the kids are interested in things like coding. That’s the future; it’s an unbelievably important skill.”

Recently, Pennsylvania has become a hotbed for the world of esports. Lackawanna College has its own esports league. Comcast is planning to build a $50 million arena for the Philadelphia Fusion, another esports team in the Overwatch League. Last July, a Pennsylvania teen named Kyle Giersdorf took home the top prize of $3 million at the 2019 Fortnite World Cup, a competition in Queens, New York.

In terms of what the future holds for Riverside Esports, Borthwick and his team plan on competing in tournaments. They recently joined a national league, the High School Esports League. They were the first team in northeast Pennsylvania to do so.