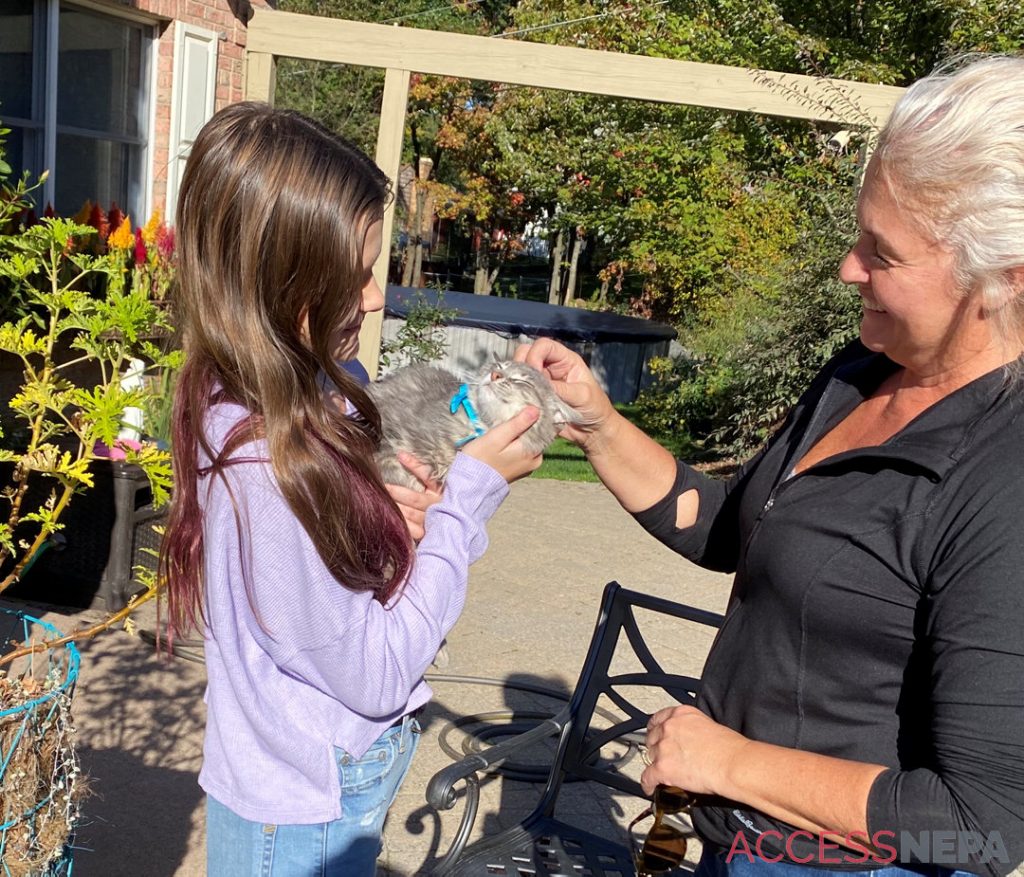 While the world fights its way through the new coronavirus pandemic, a Hazleton woman helps kittens fight for their lives in her home.

Their tiny fuzzy faces, captured in video and pictures, and their stories of survival fill Sandy DeAndrea’s Facebook account. Little paws curl inward and stretch out as the orphaned kittens roll into that perfect spot on a cozy blanket. Curious eyes peep from atop a not-so-secret cat tree and stare into the camera during bottle feeding in the near daily posts.

She hopes her family’s experiences in animal foster care inspire someone to adopt them, but she also knows it brings happiness to others to see the fluffy four-legged pets in action.

Friends from all over the world thank her for the pleasant break they needed from the problems of 2020.

“I knew people were bummed,” she said.

Each of the young felines finds their way to her home from the Hazleton Animal Shelter under emergency situations. Newborn kittens without a mother need a lot of extra, round-the-clock care, she said. While DeAndrea is a lifelong animal lover, the retiree found extra time to foster kittens during the pandemic. Actually, the entire family takes time to care for them. Tessa, 13, the youngest child, gently swaddles the only foster kitten they have right now, an orange cat named Scooter. Alongside her brother, Chance, 14, both of them wiggle cat care in between the school classes they take online due to COVID-19.

A retired Pennsylvania State Trooper, just like her husband, DeAndrea spent years dealing with people in unpleasant situations. Her work found her rescuing a number of animals over the years and taking in a few, but this year she started doing more.

In January she began fostering kittens for the shelter and in March, as the pandemic trekked across the nation, she took in four freezing and hungry kittens. A woman dropped off five kittens to the shelter that a man claimed to have found and left in his car overnight while he worked. One of them froze to death during the stay in the vehicle and the four others were fragile and needed constant care. DeAndrea took the kittens in and, using heating pads, slowly warmed them. The family successfully nursed two of them back to health, feeding them through an eye dropper and then small bottle, just as they had with the 30 other kittens that came and went from their foster home.

“You’re looking at them and they’re staring right at you. You form that motherly bond,” she said.

Two of those five orphaned kittens survived — Minnie and Remy — but they had a slow road to recovery. DeAndrea recalled staying up with them one night until 3:30 a.m. Eventually she fell asleep. But, when she woke, she was shocked. “They were like different cats,” she said. They were thriving. Like all of the kittens she fosters, they go back to the shelter where they are spayed and neutered and placed for adoption. But, DeAndrea and her family, especially Tessa, couldn’t get the pair off their minds. So, they applied to adopt the brother and sister and brought them home for good.

The sibling felines have, in a way, returned the kindness they received by engaging with the new fosters that enter the house from time to time. “And it’s kind of nice because Minnie and Remy will play with the babies,” she said. Minnie and Remy are very close so when Minnie went missing from their property in the area of 13th and Hayes streets on Saturday night, it wasn’t only the human DeAndreas that were worried — Remy was noticeably withdrawn. 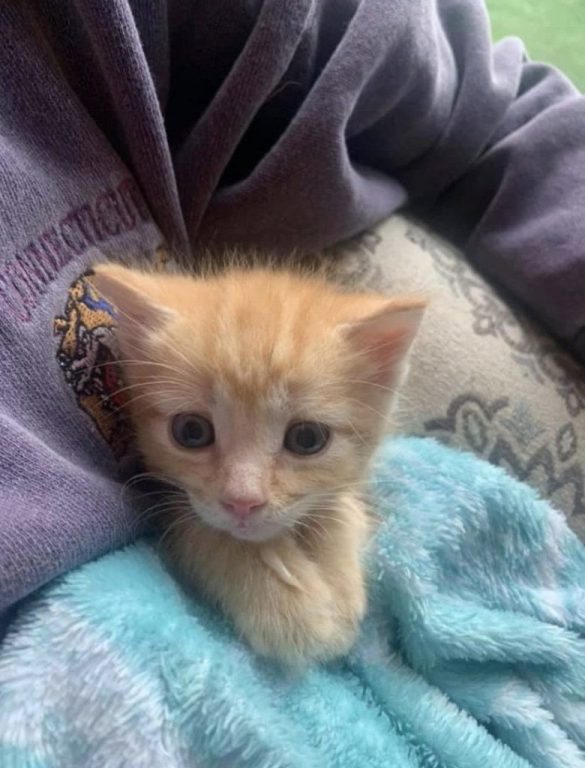 SUBMITTED PHOTO
Scooter was rescued from under a tree in early September before he was fostered by the DeAndreas.

The family and their friends searched all over for Minnie, distributing fliers and posting to social media hoping someone may have seen the skittish cat who would cry until she had her humans in sight as she walked through the house. Early Sunday morning DeAndrea got a text message from someone saying they had her cat but demanded a reward before returning her. DeAndrea was suspicious and contacted Hazleton police to investigate, who found out the number was “spoofed.”

Wednesday morning though, they got a surprise. DeAndrea woke up to the sound of a cat crying outside and her husband, Frank, opened the front door to see Minnie rushing in without her pink breakaway collar and smelling oddly like perfume.

“Her brother Remy is running around now playing. We are so happy she’s home!” she said.

“She came running inside and straight to her food dish like she was starving,” DeAndrea said. Minnie’s story ended as it should — home where she belongs. And DeAndrea is ready to help again so another kitten can find its forever home.