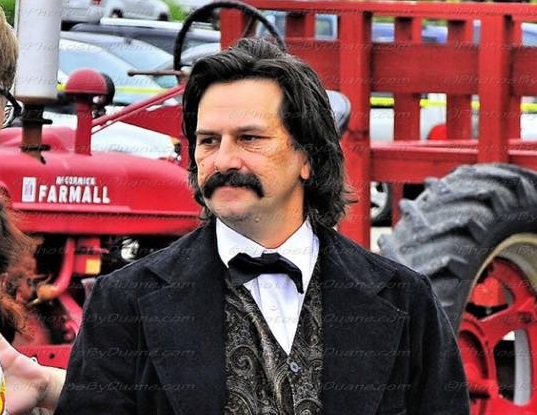 Who: Dominick Azzarelli’s caring heart means he’s always around to lend a hand whether others ask for it or not, explained his wife, Margo Azzarelli. A 1984 graduate of Dunmore High School, Dominick Azzarelli spends his days working in the HVAC field but explores the realm of community theater in his downtime. He not only acts but also helps out behind the scenes by building sets for Diva Productions at the Olde Brick Theatre and Actors Circle, both in Scranton. Known for his great sense of humor, the 53-year-old Scranton resident loves listening to music — especially the Beatles — and enjoys local history.

What: After a vigorous morning at work in February, Azzarelli blacked out while driving as a result of a condition called hypertrophic cardiomyopathy, which had caused his heart rate to accelerate. Azzarelli crashed his work truck into a pole, and the air bags deployed, keeping him from suffering further injuries. Hospitalized for eight days, Azzarelli received a defibrillator implant to monitor his heart rate. Despite his troubles, Azzarelli remains in good spirits as he recovers at home with the help of his dog and best friend, Agent Scully.

When/where: A friend started a GoFundMe page to raise money for Azzarelli and his family — which also includes daughter Marnie and cats Bella, Phoebe Snow and Diana — while he recovers. Donations also can be mailed to the Azzarellis at 1335 Cornell St., Scranton, PA 18504.

Why: The family faces a tough time currently, as Azzarelli cannot work and was denied workman’s compensation. Additionally, his wife’s place of employment recently closed because of the coronavirus, and the family worries that it will be unable to pay its bills this month.

In her own words: “The outpour of generosity has been heartwarming and means the world to Dominick and his family. To say he is extremely thankful would be an understatement. Even though we are going through a very hard time right now, there are always people who are going through worse. To quote Dom’s favorite Beatles song, ‘I’ll get by with a little help from my friends,’ and for that, he and his family are grateful.” — Margo Azzarelli