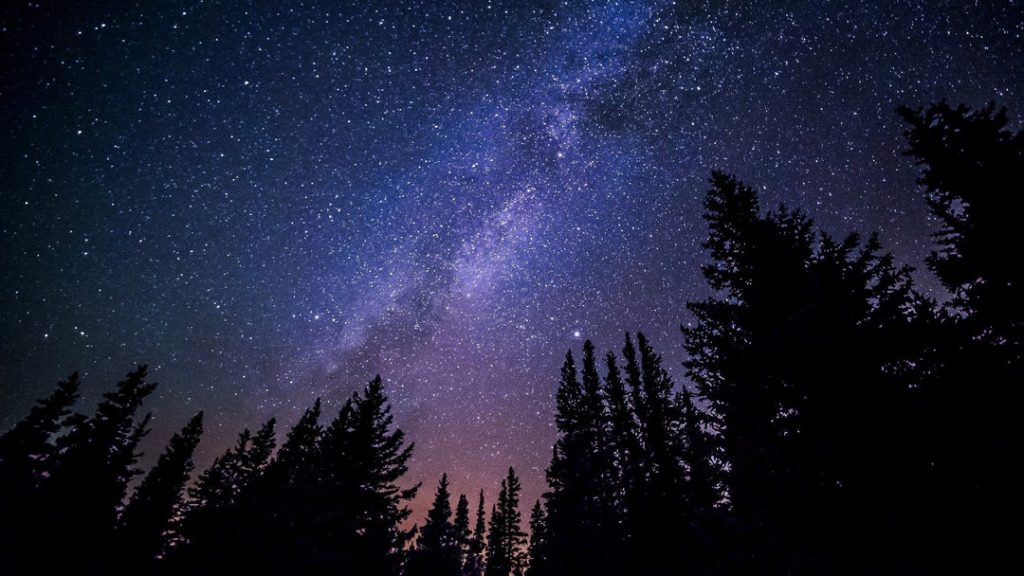 Two celestial rivers, of sorts, meander on either side of the famous winter sky constellation, Orion.

You can see both with the unaided eye on a clear, moonless night as long as the light pollution is not strong.

The river to the left (east) of Orion is none other than the Milky Way Band.

The river to the right (west) is one of Orion’s fellow constellations, Eridanus the River.

There’s actually a third “river” of sorts, in appearance like the faint, hazy Milky Way only dimmer in most parts, gracing the sky. The zodiacal light can be detected on February evenings under the right conditions.

Starting with the Milky Way Band, what we are actually seeing is the cross-section of the grand spiral galaxy we call home, from within. From the Earth’s vantage point, the neighboring spiral arms of dust, gas and stars overlap as a hazy, river-like band meandering completely around the sky like a ring.

We can’t see it all at once. On summer evenings (in the Northern Hemisphere) the Milky Way appears widest and brightest towards the south. It is here that we are looking straight at the brilliant and complex hub of the galaxy. It is best appreciated from the tropics and below, where the hub is high in the sky.

On February evenings from a dark location, look for the Milky Way stretching from the south-southeast, high overhead and down to the north-northwest.

The brightest star of the night sky, Sirius, gleams like a gem to the lower left of Orion, along this hazy river. The bright yellow star Capella, high overhead, is also in front of the Milky Way Band.

A scan of the Milky Way with even binoculars will reveal a multitude of dim stars and star clusters; a telescope’s view at low power is even finer.

The Milky Way has been admired by humanity the world over for eons; numerous myths and legends are connected with it. The Japanese and Chinese viewed it as a celestial river. The ancient Greeks imagined it as milk.

The pattern makes a big loop to the left and then right, ending in its brightest star far in the south. This is Achernar, or Alpha Eridani.

I have only seen Achernar once, on a winter trip to Haiti. Achernar is a lovely, bluish zero magnitude star, a treat to see as are all the far-southern stars most of us in in the North may never get to see. One may see it very low in the south, from southern Florida (about 25 degrees north latitude).

The third “river” is the zodiacal light. If you have a very dark western sky, as soon as darkness falls, look for a hazy, faint glow extending up and angled to the left, shaped like a cone.

This phenomenon is the sunlight reflecting off a myriad cloud of interplanetary dust particles that surrounds the Sun like a pancake. It follows the plane of the Solar System where the Earth and other major planets orbit. This haze as well as the planets and Sun, follow the ecliptic, an imagined line encircling sky.

The zodiacal light is most visible in the west after darkness falls, as well as in the east before the light of dawn, because we are looking at an angle where it is most thick.

It is best seen at those times of year when the ecliptic is at a steep angle with the horizon after evening twilight, which is winter-early spring; or before morning twilight, in summer-early fall.

This hazy cone doesn’t look like a hazy “river” but the zodiacal light actually is spread completely around the sky in a hazy band, much like the Milky Way Band. This band, however, is extremely difficult to detect at most other angles.

At very dark sites, however, around midnight, it is possible to see a very dim, hazy patch due south, that part of this zodiacal band directly opposite the Sun. It is known as the “Gegenschein,” German for counter shine.

I have never witnessed the Gegenshein although I’d love to. The best chance to see it is when the ecliptic rides high in the sky around midnight when it is not intersecting the Milky Way. One of those times is in late January and February, since at midnight the Milky Way Band is over to the southwest.

The only time I have seen the zodiacal light was from a jet airliner on the way back from Florida on a March evening. My window faced west; I used my jacket to cover my head as I did some stargazing, hoping no one noticed! I was amazed at how bright the Zodiacal Light appeared- of course we were some 30,000 feet up!

Dark-adapted eyes will give you a much better chance to see these winter “sky rivers.”

New Moon is on Feb. 11; that means all this week we have moonless nights, bringing the wealth of the heavenly riches shining down!