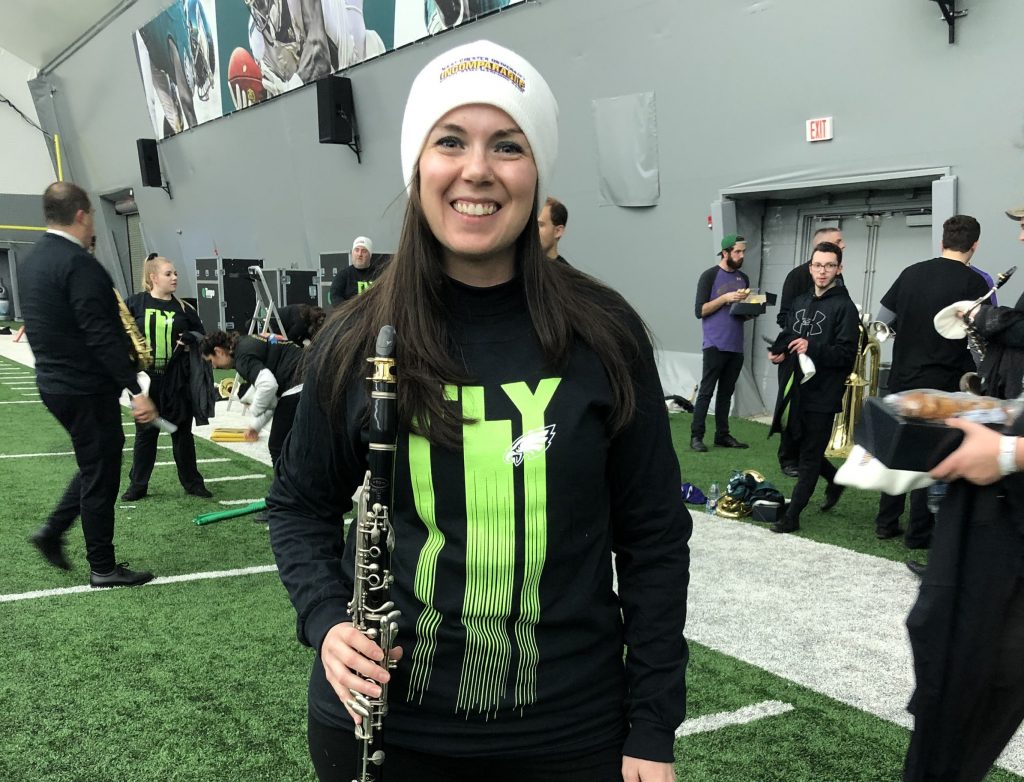 For Kathleen Amabile, it’s important for music educators to make a concerted effort to continue practicing their instruments and finding opportunities to perform.

On Sunday, the West Chester University alumna did just that by reuniting with the Incomparable Golden Rams Marching Band during halftime when the Philadelphia Eagles took on the Seattle Seahawks in a home game at Lincoln Financial Field.

“It was incredible. Being a performer, I’ve had the pleasure of performing in a lot of different and unique environments, but this was like nothing else I’ve ever done,” she said.

Looking up and seeing nearly 70,000 spectators was both “overwhelming and awesome” for Amabile, who has been directing bands in the Elk Lake School District for 11 years. Outside of Elk Lake, she also gives private lessons and teaches at Marywood University and Clarks Summit University as an adjunct.

“It was definitely something that will not be forgotten,” she said.

Amabile graduated from WCU in 2009, where she majored in music education with a focus in clarinet while also playing saxophone.

Growing up in Delaware County, she not only became partial to Philadelphia sports teams, but also studied under music educators who shaped her future career goals.

“They inspired me to want to be a music educator,” she said. “I’ve known since sixth grade that that’s what I wanted to do.” 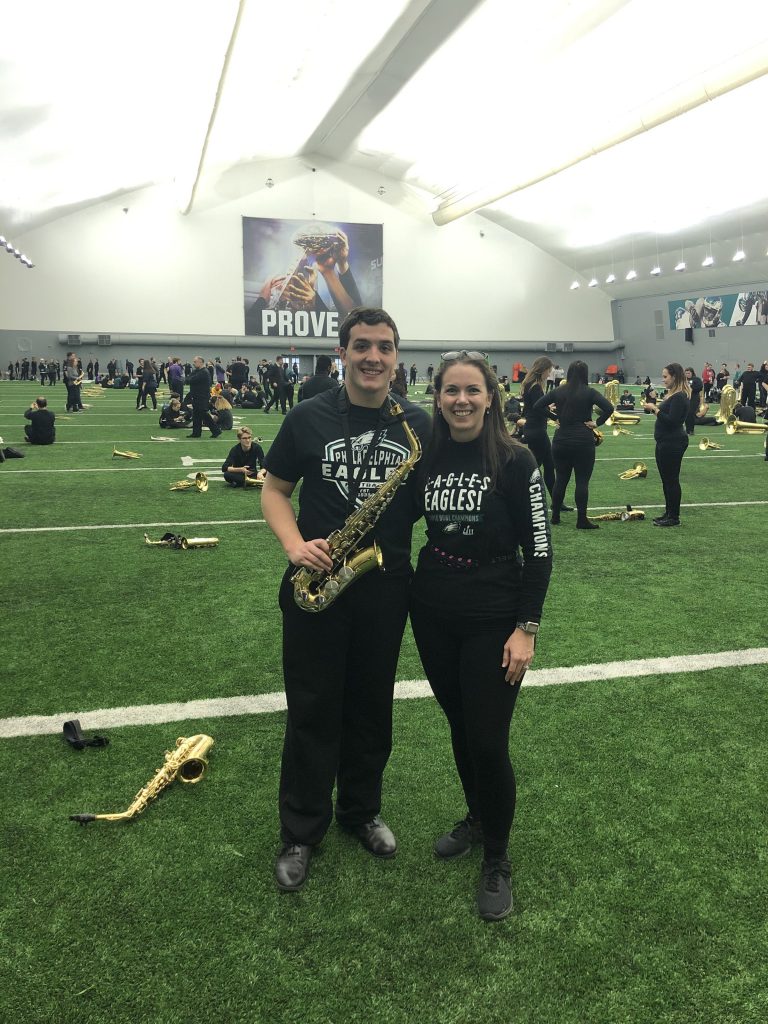 After graduating from WCU, she remained active with the university, often returning to play with the Alumni RamBand during Homecoming. When the marching band sought out alumni to participate in the halftime show at the Eagles game, she was one of many former members who contributed to the “overwhelming response.”

Amabile received her music and drills ahead of time to practice and memorize, then reported for rehearsal early Sunday morning at the university for the beginning of a “whirlwind day.”

Afterward, the band held a marching rehearsal at the Novacare Complex, a smaller scale indoor football field where the Eagles practice, before reporting to Lincoln Financial Field for the big performance.

In the 3.5 minute half time show, they spelled out “Eagles” instead of the usual “WCU” and played “Philadelphia Freedom” by Elton John, finishing with “Fly, Eagles Fly,” the team’s fight song.

Even though she had not marched in years, it came back to her like riding a bike, and the current students were also helpful.

In 2019, the band was the first from a Division II school awarded Sudler Trophy, which Amabile said is known as the “Heisman Trophy of the collegiate band world.”

“It’s rewarding to go back and see that tradition of excellence that the university marching band continues to carry on,” she said.

Throughout the day, Amabile documented her experience on the Elk Lake Music Department’s Instagram so her students could see.

She enjoys teaching music because it’s like introducing students to another language. Two people from different sides of the world could bond through playing music together because it’s a universal experience, she said.

Whether they decide to pursue a music-related career or not, she hopes this experience could show her students that there are plenty of ways to continue performing after finishing school.

“I really want my kids to take that away from the program when they graduate from Elk Lake,” she said.