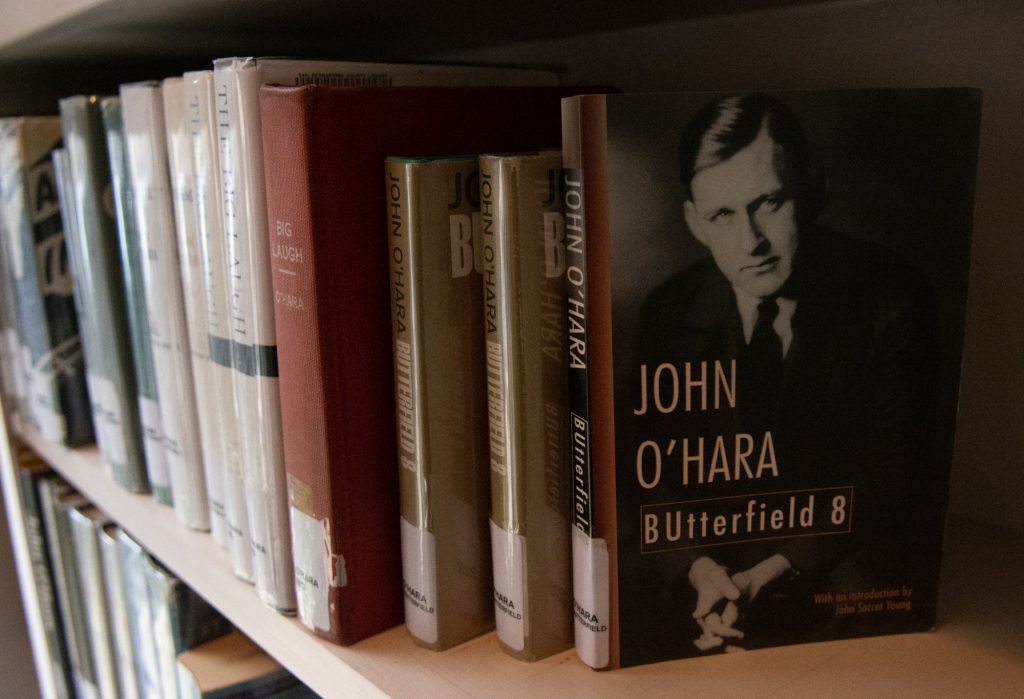 When author John O’Hara thought about his hometown, it wasn’t in the most favorable light, according to Schuylkill County Historical Society Executive Director Diana Prosymchak.

“He couldn’t wait to get out of the area,” she said Tuesday.

Today, the city embraces one of its most famous residents with a statue of the author erected on South Centre Street. Local organizations will celebrate the author’s 115th birthday on Jan. 31 with seven events over four days in January and February. Coordinated by Pottsville Free Public Library Executive Director Jean Towle and Reference Librarian Becki White, the birthday celebration will kick off Wednesday, Jan. 29, and run through Saturday, Feb. 1.

Events scheduled during that time include dramatic readings, discussions of his works, a birthday party with cake, trolley tour and cabaret.

The author of 374 short stories and 14 novels, O’Hara was born Jan. 31, 1905, in the city in an affluent Irish-American family, growing up on Mahantongo Street. His first novel, “Appointment in Samarra,” was published in 1934 and set in Gibbsville, a fictional version of the city. It proved controversial at the time for its sexual content.

His 1940 novel “Pal Joey” was adapted as a musical that year and turned into a movie in 1957 starring Frank Sinatra. In 1960, actress Elizabeth Taylor won the Academy Award for best actress in the film adaptation of his 1935 novel “Butterfield 8.”

Pressed Coffee and Books, 123 Mahantongo St., occupies one of his boyhood homes. The author, who died in 1970, also resided at 606 Mahantongo St.

White said planning for the celebration began in August, when the first Planning Committee meeting was held in the library. White said “dozens” of residents, organizations and elected officials were invited to brainstorm ideas.

“We wanted it to be a city or county celebration,” she said.

The committee had between four and five additional planning sessions after the August meeting. Each time, committee members narrowed down their list of ideas to come up with the scheduled activities.

“I think we have a pretty decent schedule of events,” White said.

The celebration also includes three John O’Hara-themed contests. Children ages 5 to 10 could design a bookmark about something in their community. Children ages 10 to 14 were encouraged to write a short story up to 1,000 words long about their community but changing the names of locations. Those aged 15 and up could write a one-shot up to 2,000 words based on an O’Hara story. Entries were due to the library by Dec. 14. White said the bookmarks were judged by the Block of Art Committee. A panel of four judges — Rex Roberts, Von Ahn, Deborah Filanowski and Sherrill Silberling — will judge the short stories. The winners will be announced at the birthday party for the author, from 1 to 4 p.m. Friday, Jan. 31. The prizes will be paid for by Friends of the Library.

The celebration will conclude with a cabaret celebration of O’Hara from 6 to 8 p.m. Saturday, Feb. 1, in the library. The event will feature live jazz music performed by the Paul Miller Trio; dramatic readings of the author’s short stories by members of Theater Junction; and performances by Crimson Academy dancers. Hors d’oeuvers will be served.

White said her favorite thing about the celebration is it involves multiple organizations working together. The library is coordinating the events, but the celebration also includes the county historical society, Pressed, Theater Junction, the visitors bureau and Majestic Theater. 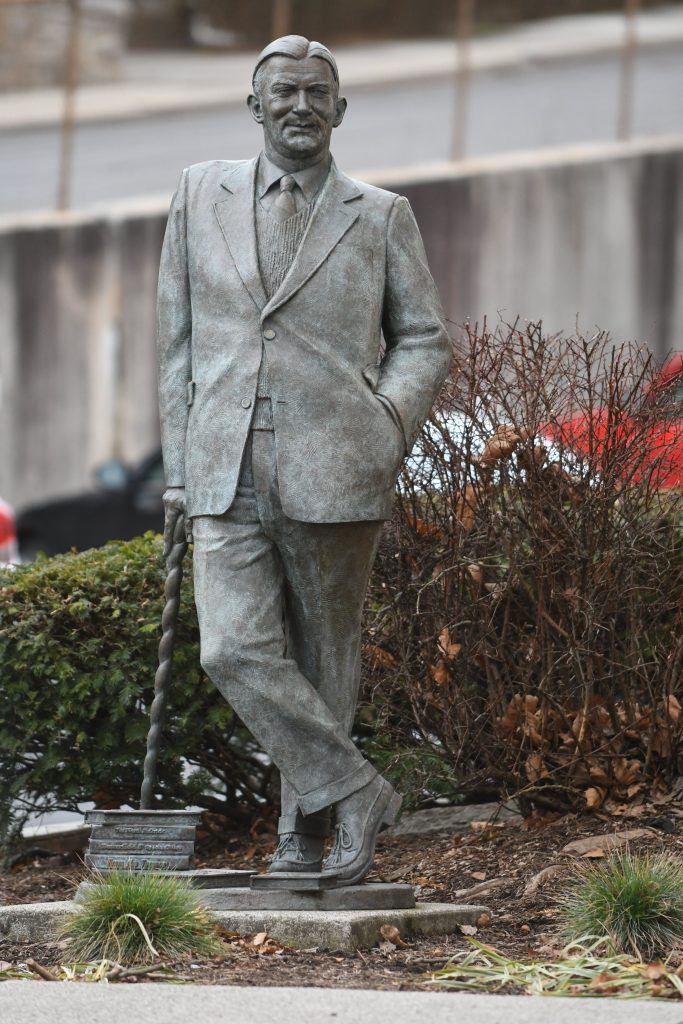 Despite being a prolific writer, O’Hara’s work is largely unknown today. White said part of the reason is that “not a lot” of the author’s work is available to purchase. He also refused to allow his work to be reprinted in anthologies used to teach college literature.

“I’ve had to explain who John O’Hara was to a few people when talking to businesses about distributing promotional materials,” White said.

During his lifetime, his work was controversial due to his depictions of materialism, sexuality, greed and drinking in the fictional town of Gibbsville, a fictionalized version of Pottsville many of his works are set in.

“He wrote rather bluntly about the way life was during those time periods,” White said. “A lot of his work is extremely class-conscious.

“It was rather scandalous as far as what a lot of people thought should be on a written page because he wrote about sex and drinking.”

White said what fascinated her the most about the author was that people knew who he was writing about in his books.

“He’s definitely not for everyone because he is so blunt,” she said.

Prosymchak said many local youths who study O’Hara in college often don’t know he is from Pottsville.

“They don’t realize he’s right from our area,” she said, adding the author “brings a lot of people to the area to see where he lived.”

Prosymchak said the author was “very honest” about his opinions and “wrote what he thought” about society.

More information on the events can be found on the library’s Facebook page. The public is encouraged to use #CelebrateOHara in their social media posts.