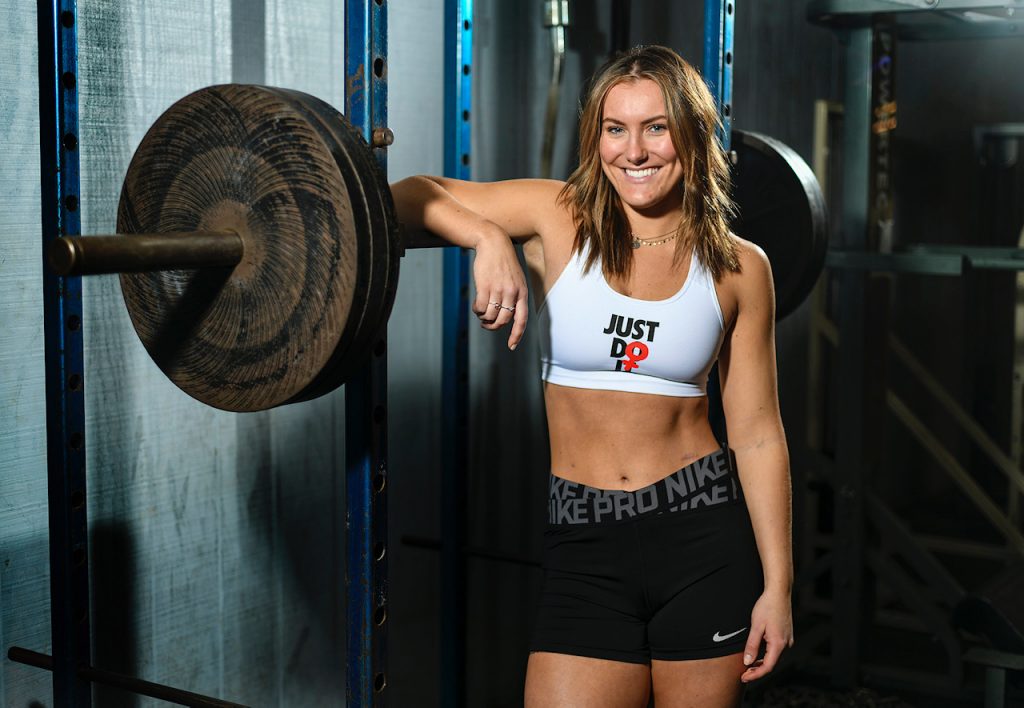 Emily Matis holds the power to lift herself up through her natural athleticism and a fighter’s heart.

The Scranton resident’s basketball dreams were cut short thanks to medical issues doctors couldn’t explain starting in middle school. Years of living with chronic pain and undergoing testing kept Matis from living like most kids her age until she found an outlet through competitive powerlifting.

Now 24, Matis hits the gym several days a week, training to perfect her dead-lift, squat and bench press. While certain exercises can exacerbate the pain, she can acclimate her body to it, especially for brief amounts of time like the seconds she must hold each exercise. It works for both her body and her mind and helped her rediscover the part of herself she thought she lost.

“People will ask me, ‘If you’re in excruciating pain, how can you lift up to 400 pounds?’ But I’m always in pain no matter what,” she said, laughing. “I don’t need the endurance like I would to play basketball. It gave me that competition I missed so much. Being an athlete was such a huge part of my identity.”

Matis was healthy, athletic and fiercely competitive growing up. She took naturally to basketball and always gave everything she had to the sport. As a middle-schooler, Matis was a standout on Our Lady of Peace’s girls basketball team.

“She was a very hard player,” recalled her mother, Denise Matis. “She was very competitive and always giving, what the coaches would say, 110%. She was not easy to give up on that ball, and she would fight to get it.”

At 13, Matis experienced pain in her lower back, but that wasn’t unusual for her as an athlete. It persisted, though, turning into excruciating pain that radiated out to her arms and legs in addition to causing debilitating headaches. The pain overtook her to the point where she would writhe on the ground, sometimes unable to speak. School became impossible, and playing basketball was out of the question. Matis had to sit out OLP’s championship game that year thanks to her pain flare-ups.

“That ranked up there with one of the worst days of my life,” Matis said. “I didn’t know what was going on, no one did. It was terrible.”

The unexplainable pain controlled the next several years of her life. She saw doctors locally who would prescribe medication to ease the pain but couldn’t find the cause. She tried to start high school at Abington Heights, but her pain prevented her from completing a full day. She enrolled in cyber school and tried to get back to basketball, but it was impossible for her to play.

After a little over a year of getting no answers at home, Matis and her mother went to stay with her sister in Philadelphia in January 2011, waiting for an episode to happen in the hope that a doctor there could help. It happened twice within a few days, and after doctors sent Matis home the first time, her mother asked a doctor after the second episode to put himself in her shoes.

“‘If this was your daughter, would you be OK with sending her home?’” her mom recalled saying. “He looked at me, left the room and came back to tell us she was (now being treated as an) inpatient.”

Multiple days of testing and ruling out possibilities followed, and doctors ultimately diagnosed Matis with reflex neurovascular dystrophy, later changed to amplified musculoskeletal pain syndrome. Doctors surmised Matis had an injury that healed but her brain never received the message. This caused her brain to misfire and send pain signals to the rest of her body.
She managed the pain with specific exercises at home in Scranton and later received physical, occupational, art and talk therapies at Children’s Hospital of Philadelphia, where she spent 28 days while doctors ran more tests.
Matis credits her family for lifting her up when she needed them the most.

One time, Matis was with her mom at a grocery store when her pain spiked so high that she didn’t know who or where she was and didn’t recognize her family. Her mother immediately called CHOP and learned this sometimes happens — the brain wants to disconnect from the pain but also must disconnect from the person and everything he or she knows.

“That was one of the most frightening times of my life,” Denise Matis said of the 27 hours the episode lasted. “She was just terrified.”

This cycle of pain continued, and Matis ended up at CHOP two more times before she turned 20, adding how grateful she was for the family’s health insurance. While her pain never fully seemed to go away, she found ways to keep her life moving, like earning her high school diploma through cyber school and completing a semester of college in Florida. Exercise also always helped, and she dedicated herself to fitness.

Matis went to her first powerlifting competition in 2018, and while she didn’t know much about the sport, she found it mesmerizing. She wanted to start training and found it a perfect fit. There was no time limit on how long her workouts could take, so she could rest her body and take whatever time she needed. And since powerlifting is a solo activity, she never had to worry again about negatively impacting a team or letting anyone down because of her pain.

Coach Jacob Karboski, who’s lifted for 16 years and trained other athletes for 10, trained Matis for about five months before her first competition, the Ladies of Iron, an all-women event in Olyphant in May 2019. She won first place in several categories, including her age group and all ages, and she scored high enough to qualify for Raw Nationals in Lombard, Illinois, where she placed seventh in front of her family.

“Never did I think a daughter of mine would be a powerlifter, or a son of mine for that matter,” Denise Matis said with a laugh. “I worry for her … but this is something she needed to do.”

Matis said her father, Stanley, used to spot for local powerlifters. While he was surprised at first, he’s embraced her foray into the sport.

“He’s constantly texting me about it and just so excited,” she said. “My whole family has just been so supportive and it’s amazing to have them there, seeing me compete.”

Outside of powerlifting, Matis stays involved with projects close to her heart, including coaching boxing for Rock Steady Boxing Northeast PA — which uses a non-contact, boxing-based curriculum to help people with Parkinson’s disease — and coaching the freshman girls basketball team at Scranton Preparatory School.

Basketball and the way she lost it as a player took such an emotional toll on Matis that she thought she would never be able to be around the sport. But she felt it was time to reframe the narrative.

“I had time to heal and grow,” she said, adding that she loves to watch the teens succeed. “It was OK for me to go back to it with this new perspective I had.”

Matis hopes to educate others about the emotional burden of chronic illness and how isolating it can feel. She decided a few years ago to talk publicly about her medical journey. On Instagram, @emilygracegrows, she shares not only her powerlifting progress but also the struggles of an invisible illness. She also passes on a message about the importance of mental health, staying open about her struggles and welcoming followers to contact her.

Matis hopes to grow stronger and push herself in powerlifting as well as to search for the answers to her own medical journey in the hope of helping as many people as she can.

“I’m also an aunt, a sister, a daughter. I am not just this diagnosis, whatever it is,” she said. “I’m always in search of answers.
“This whole situation, I really just learned how important it is to advocate for myself. … I feel like there’s a reason why I’ve had to go through all of this for 10 years, almost half of my life. There’s a bigger reason that I know I’m meant to make a difference.” 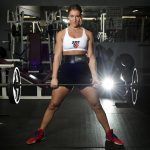 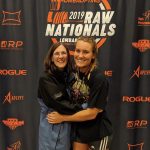 SUBMITTED PHOTO Matis credits her family with lifting her up during her medical journey, especially her mom, Denise, left, who championed for her daughter. 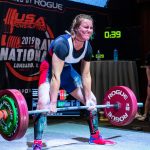 9FOR9 MEDIA / CONTRIBUTING PHOTOGRAPHER Through powerlifting, Matis found a way to quell her competitive spirit, entering and placing in competitions at local and national levels, including Raw Nationals in Lombard, Ill., above. 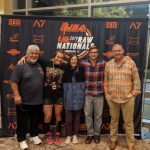 SUBMITTED PHOTO Matis, second from left, and some of her family at Raw Nationals in Lombard, Ill. 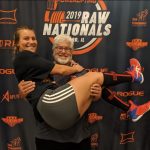