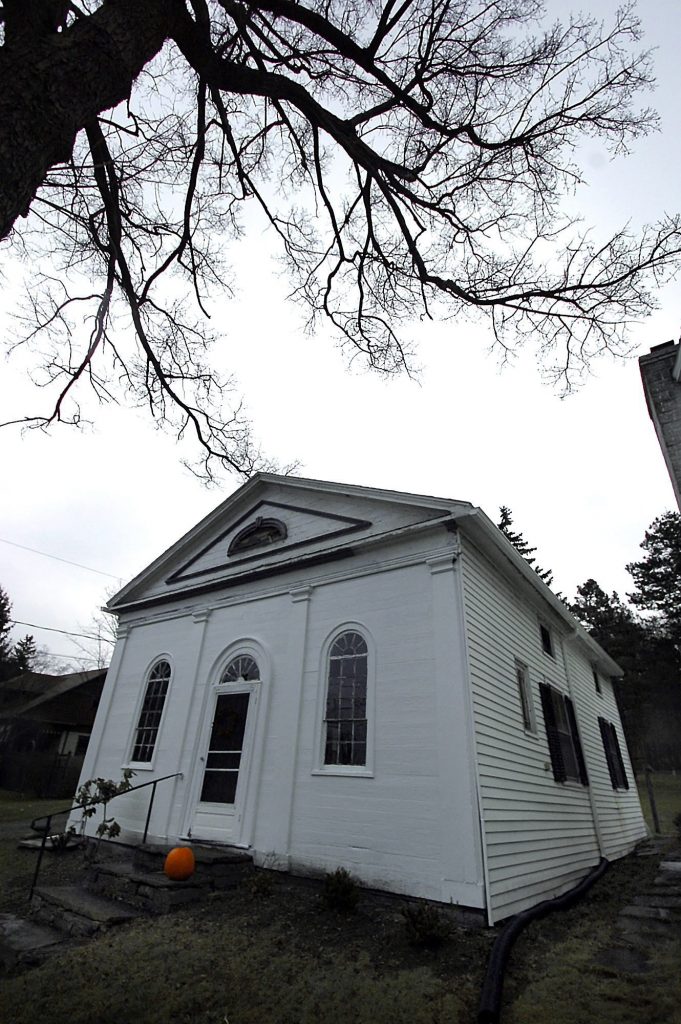 ‘Destination Freedom’ a link to the past

For EJ Murphy, studying local history can paint a fuller, yet more complicated picture of the past.

“Local communities can really tell how complicated some of the issues were of these stories that we’ve heard for so long,” Murphy said. “Local history can really break down some stereotypes, myths and falsehoods about the history that we think we know.”

At the Waverly Community House, or The Comm, Murphy and other local historians look to share the history that occurred right in their backyard.

Through the Destination Freedom Underground Railroad Tour, The Comm reveals Waverly’s connections with the network of routes and safe houses that led enslaved African Americans to freedom.

Murphy spoke about the tour after a showing of the Dietrich Film Festival movie, ‘Harriet,’ about the life of Harriet Tubman.

The Comm’s Gia Reviello developed Destination Freedom as a self-guided tour, though staff members stayed available for assistance, according to The Comm Executive Director Maria Wilson.

Destination Freedom has since evolved to provide guided tours, and a collaboration with the Lackawanna County Visitors Bureau aims to expand it, Wilson added.

After getting involved, Murphy hoped to make connections between the Underground Railroad and the whole history of the Civil War period in northeastern Pennsylvania. By doing so, The Comm has been able to tie in not just the stories of escaped slaves and the residents who helped them, but what happened once they reached their destinations and their post-war lives.

“We tell an encompassing story of this time period,” Murphy said.

The main story of the tour centers around George Keys, the first escaped enslaved person who made his way to Waverly. While others looked to get further north, Keys decided to settle in Waverly and establish an African American community there.

Later, Keys enlisted in the military, fighting alongside the 22nd U.S. Colored Troops Regiment in the Civil War.

Murphy also highlights his son George Keys Jr. on the tour, who fought in the same unit and became a prominent member of the Scranton community in his post-war years.

Besides his significance with the local Grand Army of the Republic post, he served as a coachman for Col. Ira Tripp of Scranton’s famous Tripp family. 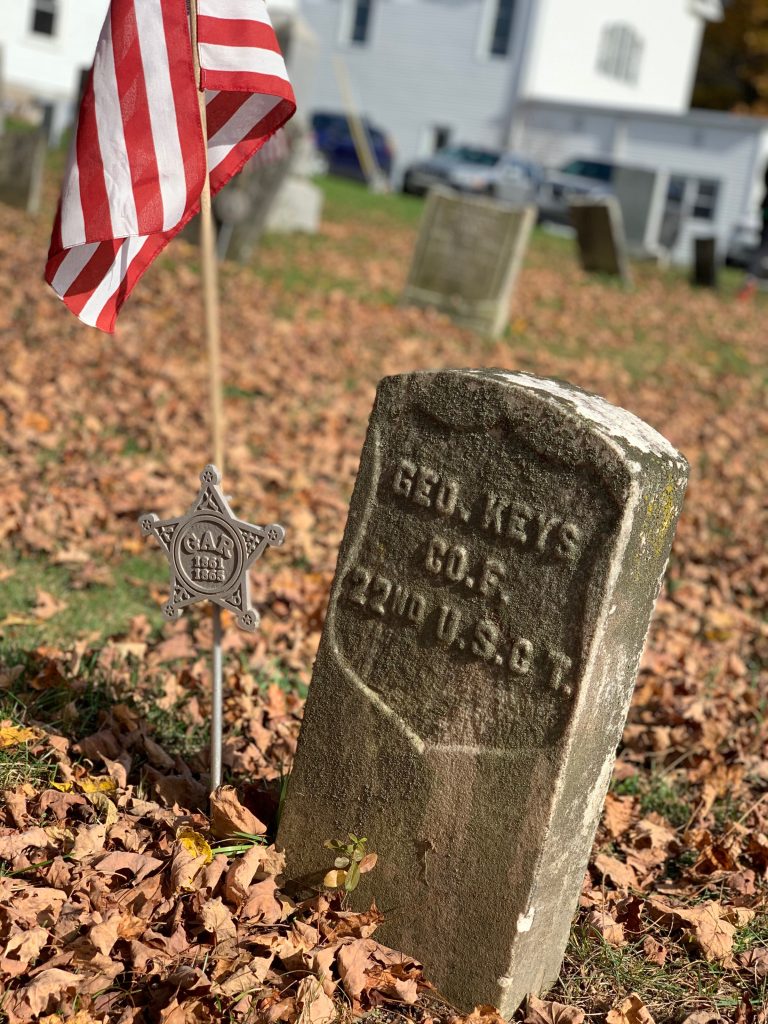 The grave of George Keys, the first escaped enslaved person who made his way to Waverly.

Throughout the tour, he also highlights other key players, such as the Fells, a prominent Baptist abolitionist family that aided the process of the Underground Railroad in Waverly. One of their sons fought in the Battle of Gettysburg and was buried in Gettysburg National Cemetery.

After tour-goers make their way through the list of sites, Destination Freedom concludes at Hickory Grove Cemetery, the final resting place of many significant figures from this time period.

“We use the cemetery to tell a lot of the different stories of those people,” Murphy said.

“People tend to think, especially as citizens of Pennsylvania, that we were a northern state, that we supported Abraham Lincoln, that we were fighting to end slavery,” he said. “The details of our local history tell a more complicated story than the typical narrative you’re used to hearing.”

Murphy also likes to make connections with other small towns like Tunkhannock.

Nathaniel McKown of Tunkhannock was a Medal of Honor recipient and a member of the 58th Pennsylvania Infantry Regiment. Near the end of the war, he served in the same army corps as George Keys and other local servicemen.

“I like to show how local residents kind of fought side by side during some of the most important battles of the Civil War,” Murphy said.

Also, he found that The North Branch Democrat, a newspaper in Tunkhannock, often expressed opposition to President Lincoln.

“Even though we like to remember Abraham Lincoln as one of the greatest presidents we’ve had, it shows that in a lot of areas, specifically northeastern Pennsylvania where Lincoln was not very popular, that there was opposition to his administration,” Murphy said.

“The fact that we have these hidden histories like that one in Tunkhannock is really interesting to me,” he said.

At this time, The Comm offers Destination Freedom by appointment as it finalizes a brochure. Call 570-586-8191 to set up a tour, and visit waverlycomm.org to find more information and see the tour map.

Wilson said Destination Freedom aligns with The Comm’s mission to offer educational, recreational and cultural opportunities to people in the region over the past 100 years.

The Wyoming Valley Civil War Round Table has invited Murphy to give his presentation “Northeastern Pennsylvania’s Civil War” on Thursday, March 12, at 7 p.m. in Daddows-Isaacs American Legion Post 672 in Dallas.

At the Abington Community Library in Clarks Summit on Monday, March 23, Murphy will also present “Racial Prejudice and the Evolution of African American Military Enlistment in Northeastern Pennsylvania” at 7 p.m.