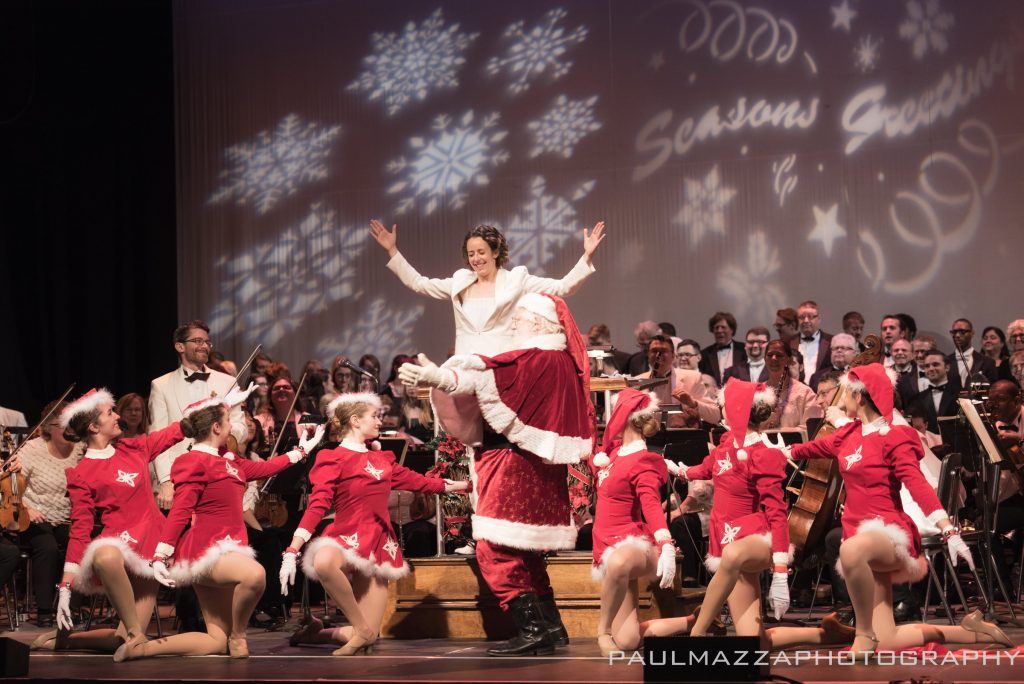 The Northeastern Pennsylvania Philharmonic is ready to bring elegance, emotion and more to the holiday season.

Now in its 48th season, its theme is “Emotion and Elegance,” the group of 42 talented musicians will perform holiday favorites under the direction of the Interim Music Director Mélisse Brunet. Philharmonic Executive Director Nancy Sanderson said the show follows the same formula as past years, just with different music. The lineup includes songs from “Frozen,” “Home Alone” and other Christmas classics as well as traditional music from the Jewish faith.

“It’s so fun and festive and really oriented for families,” Sanderson said.

The philharmonic will team up with Ballet Theatre of Scranton and the Choral Society of Northeast Pennsylvania to bring another level of energy to the seasonal spectacle. Santa Claus also will make an appearance, too, joined on stage by Mrs. Claus.

A fan favorite moment from previous years is Ballet Theatre’s “March of the Wooden Soldiers.” Sanderson said that even with the change of music for the night’s program, this aspect of the show won’t be going anywhere.

“That’s something we won’t change,” she said. “They do such a fantastic job, and the audience really loves it.”

A native of Paris, Brunet has been recognized by groups around the world and has studied at the renowned Paris Conservatoire. If anyone in the audience is interested in meeting Brunet, she will be waiting in the lobby after every performance this season to meet and talk with guests.

Sanderson said the philharmonic is happy to have Brunet as its leader.

“Our musicians love playing under her,” she said. “She’s got something special, and audience members really relate to her. She’s an incredibly talented musician.”

Tickets for holiday concerts run from $36 to $69. For more information or to buy tickets, visit nepaphil.org.