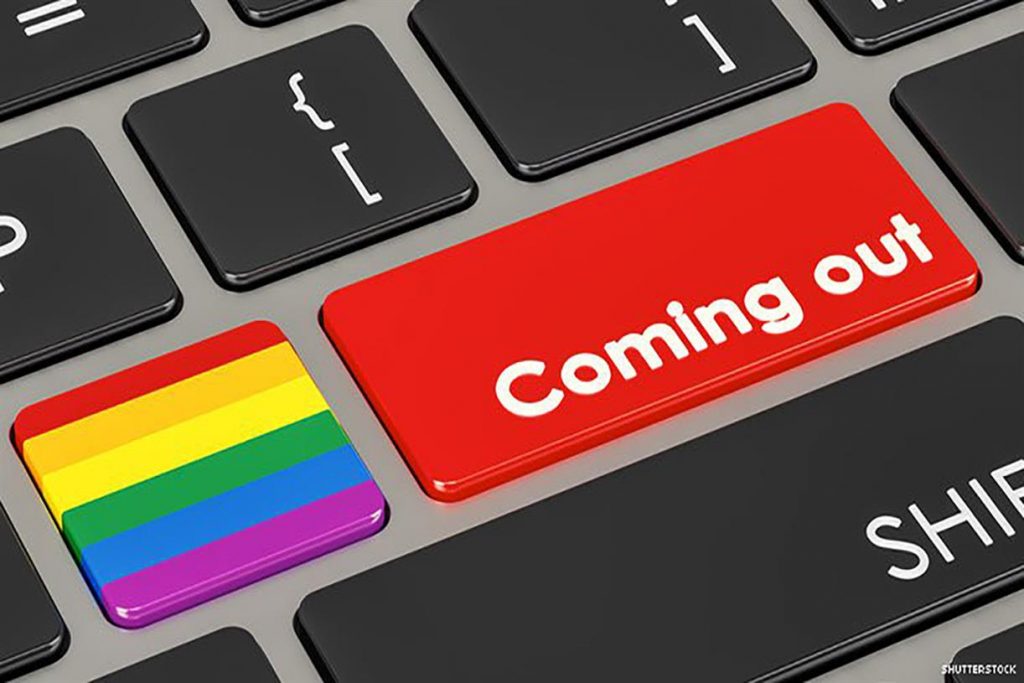 Coming out: Part I

Hello again everyone! I just wanted to say real quick THANK YOU ALL SO MUCH! I have received so much positive reactions and messages from people, and it warms my heart to see my beloved City of Scranton and NEPA being so caring and compassionate! I hope I can live up to my promise!

Have you ever thought of who you are as a whole — your identity and biology and morals and thoughts and everything — as a house?

We have our framework and outer covering, where the studs are bones and siding is your skin. Then we have the living room, the place everyone sees, like your external social persona. In the kitchen and dining room, we find the deeper parts of our personality and invite people in to talk about more serious topics (over food, of course), like morals and ethics and politics. In the bedrooms, we keep the private lives we share with only a few people. Finally we have the basement, where we store the stuff we don’t want to deal with or talk about.

Yet when you have given a house tour, have you ever shown anyone your closet? We don’t usually share this side because our hidden secrets — substance abuse, sexual abuse, self-shame, guilt, suicidal thoughts — live there. People walk by our closet every day without knowing what is inside. We keep those secrets hidden just enough that we can pretend they don’t exist but close enough that we can protect them.

Many people have heard the term “coming out of the closet,” but often they don’t really understand it. Outing yourself or being outed as a member of the LGBTQIA++ community can be one of the most relieving, or most damaging, things that can happen to someone.

Every acronym in LGBTQ experiences coming out differently, with each person having unique struggles. Understand this is a generalized overview, and your individual mileage may vary.

L stands for “lesbians,” women sexually attracted to or involved with other women, with a few exceptions. In our culture, lesbians often are ignored or go unrecognized. Stereotypically, they are seen as confused, as girls who experiment sexually or, even worse, as masculine women with internalized misogyny.

Often when lesbians come out, they are not met with shock or concern but rather an, “Oh, OK, honey” type of comment, which not only is incredibly minimizing and dismissive but also assumes that every woman explores her sexuality. While lesbians can be shamed for coming out, it has become one of the more acceptable practices in today’s culture. Families typically respond in an accepting but hesitant manner, although everyone’s experience differs.

G stands for “gay,” and more specifically gay men. It’s much more acceptable to be gay now than it was in the past, as we find gay men interesting not only psychologically but also culturally.

Men who come out as gay have gotten probably one of the worst responses in our history, however, and to this day, doing so still shocks people. When a man comes out, he defies what masculine culture believes to be true: a man loves a woman, takes care of her and has kids with her. Being gay traditionally is seen as a feminine action (since in the less-educated mindset, only women have sex with men). This is why many see being gay as an act of defiance or even an insult to the value of masculinity.

A gay man thus has to come to terms with the fact that culturally he is seen as lesser and weaker, and that his family and friends may view him that way as well. A gay man isn’t effeminate, a sex fiend or contagious — he is a man, only he doesn’t have to worry about getting his date pregnant.

Often, however, a gay man’s male friends confront him with an awkward conversation along the lines of, “Dude, I hope you don’t find me attractive.” But coming out doesn’t automatically mean a guy is attracted to another guy. Whatever your sexuality, you are attracted to MORE than someone’s genitalia. A woman attracted to men doesn’t get sexually aroused by every guy she sees, and neither does a gay man.

B stands for “bisexuals,” a category no one really recognizes. I am bisexual, and I have found many other people are as well, but it can be seen as a “confused” state where people don’t know what they want, or want everything at the buffet instead of just the salad bar.

Bisexuals can meet with dismissal and minimization when they come out, with no one really recognizing that person’s struggle. Even people in the LGBTQ community make remarks like, “Oh, just pick a side,” or, “See, I knew you were gay.” Others might see being bisexual as “uncool,” possibly because it shows how fluid and less rigid sexuality is.

Now for my favorite part, T, which stands for “trans.” Both transmen and transwomen like myself experience coming out incredibly differently from the rest of the community, and even differently compared to each other. In Part II of this series, I will share my experience with coming out.

Whether L or B or G or T or anywhere in between, the coming out process differs for everyone. Some people lose their homes, their jobs, their family and even their lives. While it is absolutely terrifying at first, though, it gets better.

The goal isn’t to get people to offer unconditional, open-armed acceptance — blind acceptance is just as bad as blind discrimination — but rather to help everyone understand that coming out is difficult in our culture for everyone, not just for the LGBTQ person involved.

If you are LGBTQ, give just as much empathy and compassion to your loved ones as you expect to receive from them, because getting upset that they misgendered you or used your wrong name is not going to help. Several times I was called “he” and “son” while sitting with my hair done and a dress on, but it wouldn’t have done any good for me to freak out because, if I wanted my family to accept me, then I needed to give them the chance to grieve and get used to the changes. I am a firm believer that parents need just as much counseling as their kids because it is so difficult for a parent to go through that. A trained professional can help figure everything out.

So, parents, family and friends: just because someone comes out does not mean he or she has it all figured out yet. Often this is the first step, and just remember this is a process. We want to know that our parents will still love us even though we came out, and that they still see us as their child they care about. All families can do is give their loved ones a safe environment for them to explore and figure stuff out so that when they go out into the world, they don’t have to do it there, because the world can be harsh.

As always, stay safe and reach out if you ever need anything, have questions or want me to talk about something specific. I may have long reply times thanks to everything else going on, but I promise I read everything and will reply if I can. My email is ssgsmith51@gmail.com and my Facebook is Erica Smith. If you see me around, stop me and say hi!