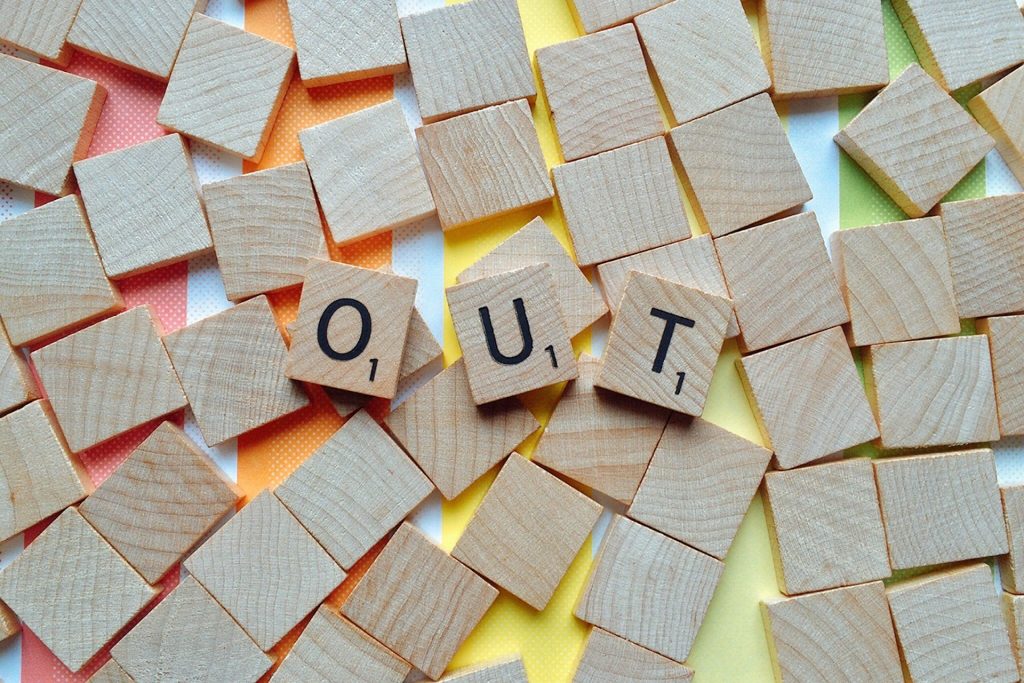 Coming out: Part II — Empathy needed on both sides

Social isolation is a terrifying thing, as we are experiencing through this COVID-19 crisis. The fear is real, and it is powerful.

In coming out as a transwoman, I was afraid of not only losing everyone I cared about in my life but also of what people would think. Would they believe I was a pedophile? Would people assume I was a sexual pervert or a sex addict? How would I explain to everyone I know that I am this way?

I have only identified as a transwoman for a very short time. As I discussed in last week’s column, the first of a two-part series about coming out as a member of the LGBTQIA++ community, a lot of shame and guilt came with this acceptance, mostly by culture but also by people in my life (not my family but rather many others I have encountered). I felt that if I came out, then I would not be loved or liked anymore.

People still tell me they never knew I was transgender, and this is why I didn’t want anyone to know. It’s bad enough losing those you care about, but the fear of being seen by everyone else as a sexual deviant was even worse. What good is “being your authentic self” when you are alone?

And then there is another type of fear: that of being murdered for who I am. Over the last few years, dozens of transgender people have been murdered, according to the Human Rights Campaign. Overall, I would rather charge a machine gun nest than face the potential onslaught of coming out

I came out because I had no choice, really. After my ex wanted a divorce, I decided to make an appointment for hormone therapy. I figured I had already lost everything else, so I may as well see if it was worth it. When I started on hormones, it was like the calm after a tornado. My mind felt normal,  I could think, and I felt like a person more than I had at any time before.

Yet, I couldn’t tell many people because I wanted to “make sure.” So I hid, and in the first few months of estrogen therapy, that’s easy to do so. Estrogen works slowly, and the changes are not as drastic compared to what transmen experience while taking testosterone, which can cause them to start a beard in a month or two.

But then, I realized the changes in my chest were becoming somewhat obvious. While working at a Boy Scout summer camp as an instructor, my friend who knew about me came up and told me I needed to start wearing a bra.

So I started with a sports bra because it was comfortable, I could buy it without being too obvious, and it was less visible to others. Then one day, someone noticed it at camp.

I was respected there for how I taught my courses, and a lot of people liked me, especially the kids. But as they walked past me during lunch one afternoon, they threw things at me — not too obviously, as the kids probably thought they were getting away with it, but the adults could tell. Then I heard derogatory comments about me coming from them and adult leaders — you know, middle-aged men who were supposed to be role models for these 14-year-olds — who were laughing, harassing me and stuff like that.

I don’t let a lot of stuff bother me, but the combination of hormones and my fears being realized activated my anxiety and my fight-or-flight response. I couldn’t let anyone see me get affected, though, so I headed to the medical office, went into a room and balled my eyes out. I cried so hard and so much that a friend of mine, the camp nurse, heard me and came to check on me. He reported it, and the camp director confronted the adults and scouts involved, and they were gone the next day. It was so amazing that the director supported me that much.

That was my first experience with being seen as transgender. Shortly thereafter, on the first day of my new graduate school program, I wrote “Erica” on my name tag and explained it to the class. Right after that, I came out in the LGBTQ support group I was in and was contacted to participate in the Big Gay Story Slam, which was the first time I was myself in public. It became easier over time.

When I came out to my parents — I came out to my mom and dad individually — I was met with shock, concern and confusion. Honestly, it could have been worse, especially because no one saw it coming, and my parents’ confusion was totally understandable. How could they know how to respond? For 28 years, I was their son and they had a specific image of me, and then I went and said, “Hey guys, I am transgender, which means I am changing my name and my pronouns, I will visibly change, and I won’t be your son anymore, but I will be your daughter.”

That’s A LOT. If I had come out as a gay male, at least the only thing that would have changed about me would have been my romantic partner. Now, though, my parents have to recognize their son is gone. Even though I am still me — I am Eric with an extra letter — people don’t see it that way.

Parents, friends and family grieve when someone comes out as transgender; this is something we don’t talk about in the trans community because we want people to be accepting. But the whole process is complex and requires empathy and compassion on BOTH sides. The pre-transgender person is seen as dead, and family and friends have to accept someone new. When transpeople come out, they often are still learning how to accept themselves, and they must do it with a support system that’s in shock and not so stable.

While my family now accepts me and refers to me as “Erica” and “she,” growth still needs to occur on both sides. My mom has been amazing by going on shopping trips and having lunch with me, and after coming out, my relationship with her has never been stronger. My dad has been so awesome with it as well, and he loves me just as much, if not more, now. Before, no one knew how to help me with my secret problems, but now he knows exactly how to help: just support me. I joked with my parents that it took me 28 years to accept me for who I am, so they have an additional 28 years to accept me, too.

I still am in my coming-out process. Some days I like being stealthy, where people don’t know I am transgender. Other days, I am proud of where I came from and my accomplishments. This process is not as simple as, “Here I am, world.” It also involves a lot of self-compassion for you to accept yourself for who you are.

One of the most well-kept secrets about LGBTQ people is that we have varying levels of our own self-hate, and we struggle to accept ourselves. So, it is OK for others to struggle with accepting us, as long as they do it respectfully and with empathy in mind. Don’t empathize with the person, though, but rather with the struggle and the process. You don’t have to understand what it feels like to be LGBTQ, but you can empathize with how difficult and hard it is to come to accept who you are and confidently show that to the world.