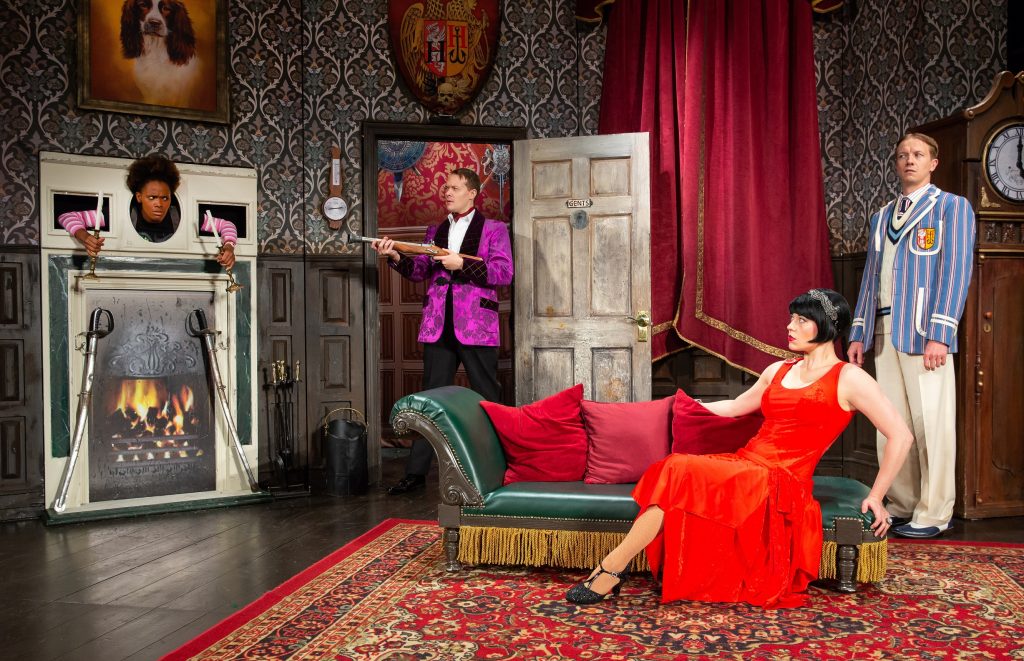 Comedy ‘The Play That Goes Wrong’ headed to cultural center

The play-within-a-play that had Broadway cracking up stops in Scranton for four performances this weekend.

“It’s an escape,” said star Michael Thatcher. “It’s two-and-a-half hours of riotous fun, and I think that surprises a lot of audiences.”

“The Play That Goes Wrong” ran on Broadway from April 2017 to January 2019 and earned the Tony Award for best scenic design of a play. The show focuses on the Cornley Polytechnic Drama Society and its production of “Murder at Haversham Manor,” a murder mystery set in the 1920s. As everything could possibly go wrong with the show does, the actors try to push forward and finish the show.

A Lancaster native now living in New York City, Thatcher performed in the show on Broadway (it marked his debut on the Great White Way) and also in the national tour. He portrays an actor who “puts himself out there with the likes of Richard Burton and Laurence Olivier,” Thatcher said recently by phone from the tour’s stop in Folsom, California.

“He thinks he’s the best, but what is fun about the part and how things go wrong is that his overzealous acting sometimes leads to the biggest problems,” Thatcher said.

This tour features two veterans from the previous tour and a mix of new performers, including some from the show’s off-Broadway and Broadway productions. It makes for an experienced real-life cast is tasked with playing ambitious amateur actors whose “inexperience leads to a lot of things going wrong,” Thatcher noted. Seeing the stars play actors trying to solve problems as the show-within-a-show presses on “is what makes it so fun for the audience to watch.”

“It’s a fun experience because we have to be very good at being very bad actors,” he said. “And what is key to our show is that, yes ,it is absolutely a comedy — the audiences are going to come and they’re going to laugh their butts off for two-and-a-half hours — but for the actors in this show, this is a tragedy.”

Thatcher did not want to give away too much about the plot, but he said audiences tend to enjoy moments where some Cornley actors get knocked out and others have to step into their roles. He also praised the award-winning set.

“The set can do things that will surprise the audience,” Thatcher said.

The show has so many styles of comedy, from physical to wordplay to wit, Thatcher said, and “the entire family can come and laugh together.”

“I’ve stuck with the show for 18 months now, and it’s because of being able to make people laugh,” he said. “Times are a little tough now, and I think it’s great families can come laugh together. … There’s a laugh every five seconds or something in our show. It’s a tremendous job.”

As “The Play That Goes Wrong” tours the country this year, Thatcher said, it has ended up in theater seasons with such major musicals as “Les Miserables,” “Hamilton” and “An American in Paris” (the latter of which BTL will present at Scranton Cultural Center in May). But it seems to be leaving its own impact alongside those heavy-hitters.

“We’re this little comedy that nobody really knows about,” Thatcher said, “and I think audiences are really surprised when they come and end up having more fun watching our show because of the surprise factor than these shows they know.”