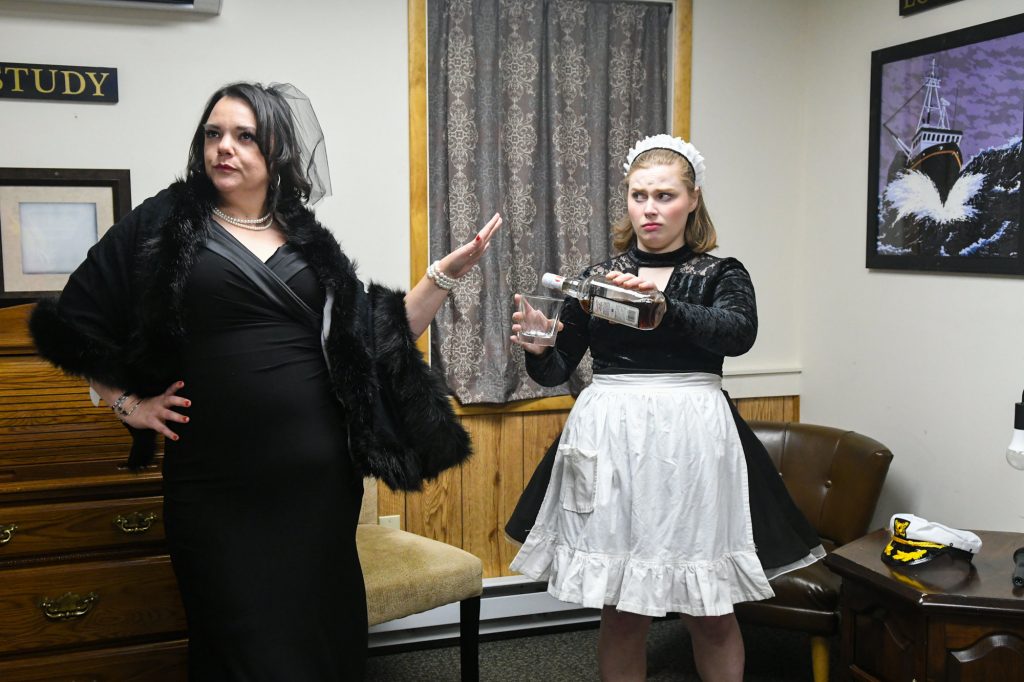 The first escape room in Schuylkill County has teamed with a local theater to offer a challenge based on a play that will soon be staged at the latter venue.

Actors who will be starring in “Clue” at the Majestic Theater in Pottsville visited the Art of the Escape, 61 S. Tulpehocken St., on Saturday evening to promote not only the play but the escape room’s soon-to-be-opened challenge to its patrons.

“We’re hoping it will be open by next weekend,” Angela Williams, one of the co-operators of the business, said of the specially themed room.

Co-Director Tori Correll said the Majestic Players will stage the play March 6-8 at the theater.

Originally a still-popular board game, Clue eventually was transformed into a movie, which in turn was used as the basis for the play.

All three are murder mysteries, in which one of the characters is murdered by one of the others. In the board game, the murderer, the room where the killing occurs and the weapon used are determined before the game, and the players must figure out each.

In the play, one of the characters is killed and the other characters try to determine who did it, while the movie has three alternate endings.

Brenda White, who plays Miss Scarlet instead of Mrs. White, played the game when she was growing up.

“It’s a great game for mystery, deception and whodunit,” she said.

Now, White is happy to be part of the play’s cast. 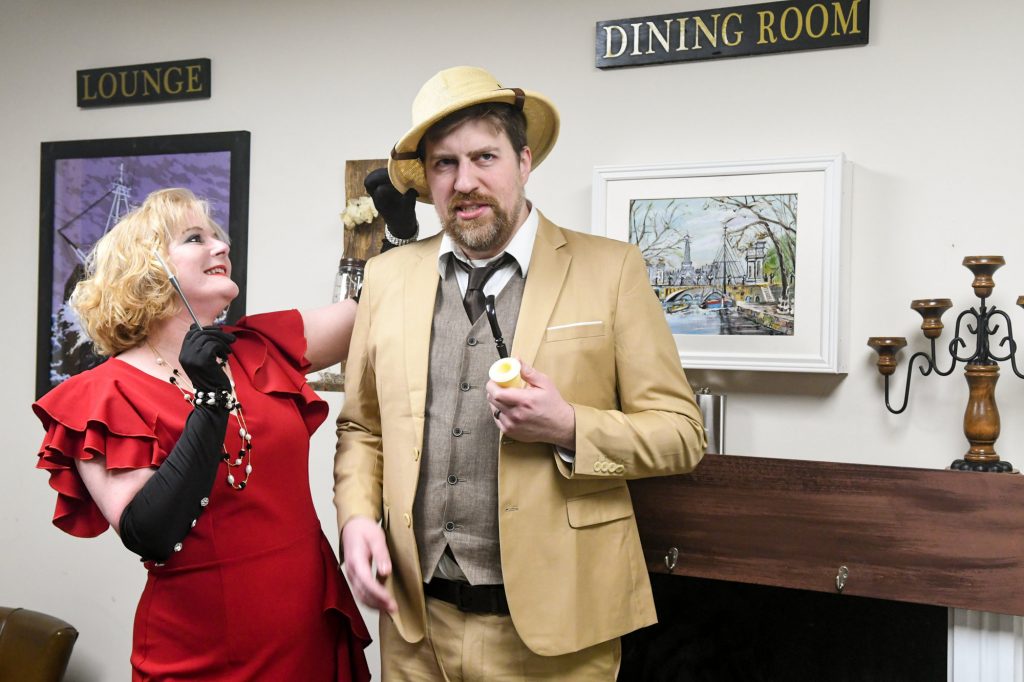 JACQUELINE DORMER / STAFF PHOTOGRAPHER
Brenda White, of Pine Grove, as Miss Scarlet, left, and Nathan Kraft, of Pottsville, as Colonel Mustard, in the Art of Escape’s newest room Clue’d Inn on Saturday in Pine Grove. The room is based on the murder mystery game.

Michael Williams, Angela Williams’ husband and another co-operator of the business, said the theater contacted the room to suggest the promotion.

“We’re working on our economic development project here,” said Ken Dubbs, who not only co-operates the business but owns the building with his wife, Suzanne Dubbs.

Michael Williams said that for copyright reasons, the original names will not be used for characters in the escape room. Instead, they will be called Professor Fritz Heisenburg, Roxy Chic, Mr. Benjamin Bucks, Ms. Agnes Hatcher and Allister Sinclair, Michael Williams said.

Also, he said the weapons will be poison, a microphone, a necktie, a book and a fireplace poker, while the “rooms” (actually sections of the escape room marked with signs) will be a laboratory, a lounge, a study, a library and a dining room.

“Their objective is to eliminate everybody and figure out who did it, with what and where,” Michael Williams said.

Ken Dubbs said they have a control room with cameras that adds an extra element to the fun.

“We can interact. We’re like flies on walls,” he said. “We might give them a little push or nudge. You have 60 minutes to escape the room.”

He also said escape rooms are growing in popularity around the world due to their challenge.

Angela Williams said the business also has a second room, with the theme of the United States, that is popular with youngsters.

Joe McDonald, who plays Wadsworth the butler, enjoyed the room and looks forward to the opening of the play.

“It is probably the most fun group of actors I’ve worked with,” he said.

He hopes it turns out better than his childhood attempts to play the game.