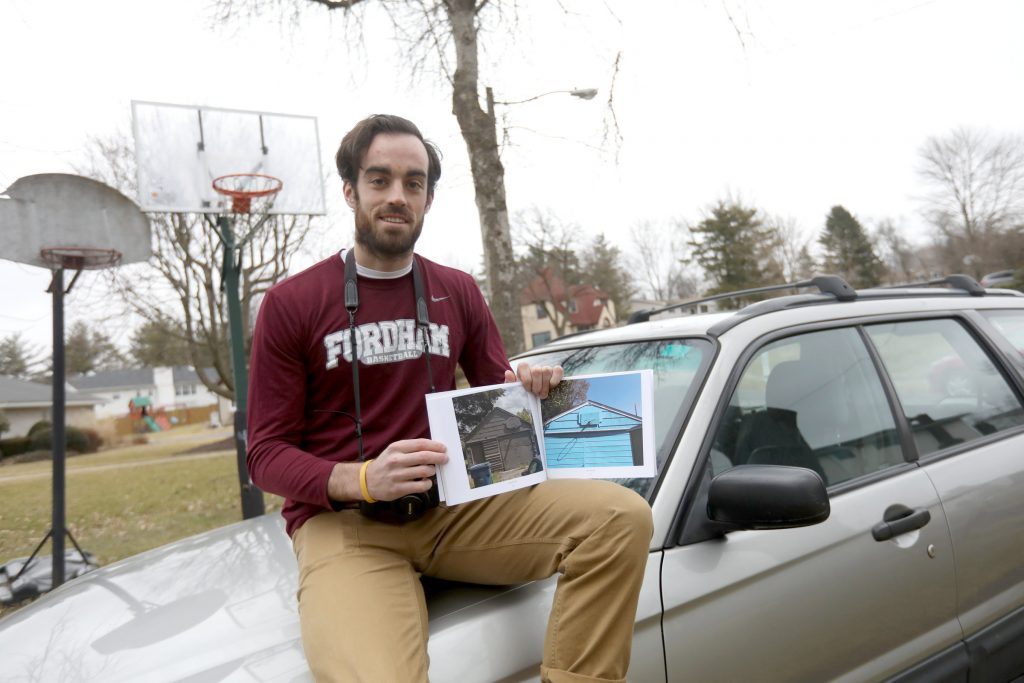 Lifelong basketball enthusiast Leo Walsh tells a story one hoop at a time.

“I gravitated toward telling stories as of late,” he said recently by phone. “I’m drawn to shooting hoops. It’s something a lot of people haven’t really done. I’ve found my own niche.”

Walsh’s interest in basketball started as a kid, when he began playing the sport with his cousins and little brother in the driveway. He played for Scranton Prep before walking on to the Fordham University men’s basketball team his junior year, continuing with the team his senior year as well.

“Basketball has always been a part of my life, and it always will be,” Walsh said.

When it comes to the actual, physical hoops though, Walsh fell in love as a 4-year-old, when his dad bought the basketball hoop that remains in their driveway today. He ended up writing a paper about the hoop for a college journalism class.

“I’ve always loved the story that basketball hoops tell,” Walsh said. “When you see an old basketball hoop that’s aged, it inherently tells a story about family, community and good times in that place.”

After graduating from Fordham in 2014 with a degree in communications and English, Walsh worked for five years remotely doing e-commerce for Fulton Fish Market of New York City.

Last spring, Walsh decided “to go out and see things,” he said, taking inspiration from travel writer and noted Instagrammer Jedidiah Jenkins, who biked from Oregon to Patagonia. Walsh set out across the continent, even trekking into Canada.

“I bought a used car and a used camera,” Walsh said. “I was working remotely in local coffee shops and sleeping out of my car in Walmart parking lots.” 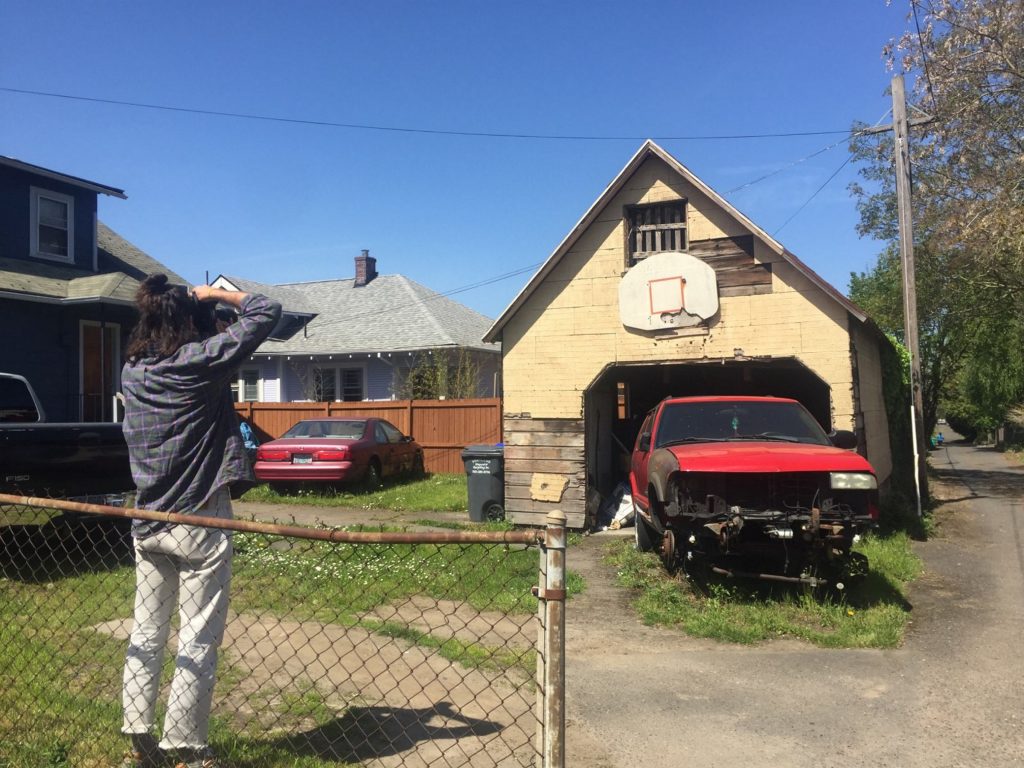 Walsh had many ideas for his trip but was never certain how they would play out once he started traveling.

“I really wanted to focus my trip on national parks, the beauty of the land and being alone,” he said. “Not many people like to be alone, but I tend to enjoy solitude, being at peace with yourself and nature.”

Walsh’s father, Jack Walsh said he looked at his son’s adventure as “a great opportunity for him to do something he’s passionate about.”

“He got to see many national parks and many great things,” the elder Walsh said.

While Leo Walsh had never done something like this before, he learned a lot along the way, including about taking photographs.

“I had never taken pictures really before,” he said. “(I learned) if you have an idea, just go out and do it. You’ll figure it out when you get out there.”

Walsh decided to turn his images of the basketball hoops into a book in January, printing 250 copies through a Philadelphia printing company his cousin suggested to him. Using Instagram as his only source of advertising, Walsh continues to sell books at a steady pace.

“I think it’s a nice combination of both pictures and quotes from different authors,” his father said. “It allows you to not only see the hoops themselves but also the surrounding skies. It’s just pretty cool.”

Walsh called the book “Peach Baskets” after the original material the inventor of basketball, James Naismith, used. A physical education teacher looking to keep his students in shape during the winter, Naismith came up with an indoor game where students could shoot a ball into a peach basket nailed high on the walls on opposite sides of the gym.

Walsh hopes the book helps everyone realize that there’s more to a basketball hoop than its basic purpose.

“I like seeing people who don’t love basketball showing interest in my book because it tells me there’s a deeper meaning to it than just the game of basketball,” he said.

Now in between jobs, Walsh is focusing on his book and printing copies of it. He is taking his time to figure out what project he wants to work on next.

“I have a few different ideas, whether it’s a Scranton-based book or a book about living in different cities,” Walsh said.