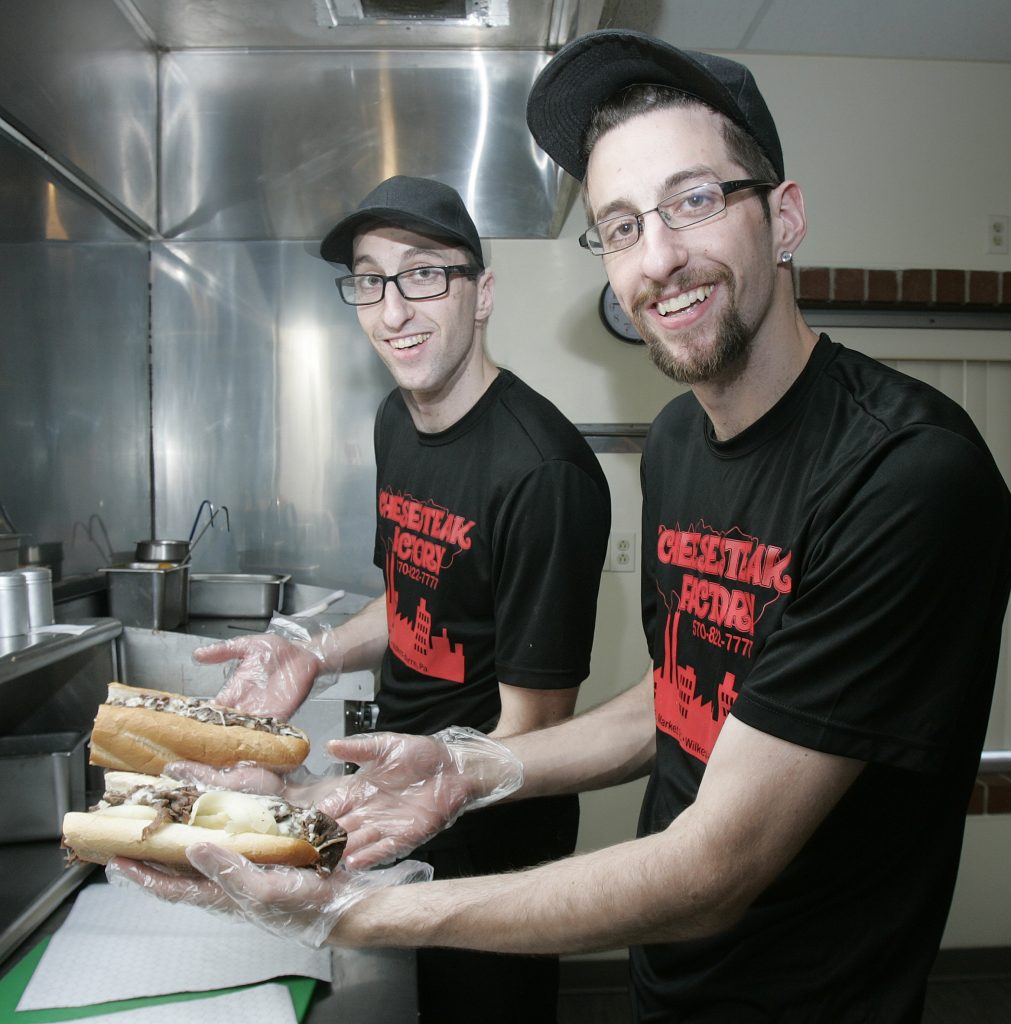 Cheesesteak Factory to reopen this week in downtown Wilkes-Barre 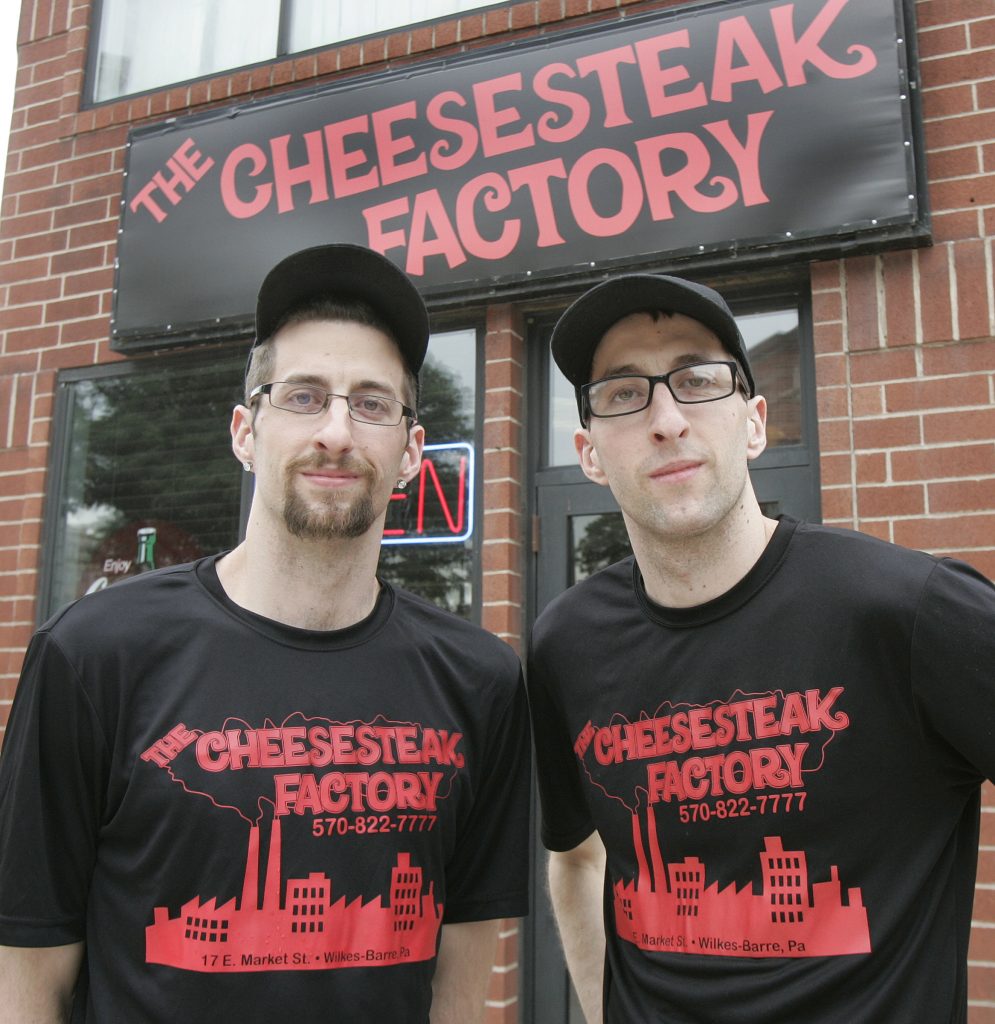 WARREN RUDA / STAFF PHOTOGRAPHER
Eric and Jason Negron outside of their new business on Market Street, the Cheesesteak Factory.

After shutting down for more than a year, the Cheesesteak Factory will reopen this week at East Market and South Washington streets just off Public Square.

A grand reopening will be held at 11 a.m. Thursday at the newly remodeled Cheesesteak Factory, said Ed Negron, father of twins Eric and Jason Negron, who run the business and the King of King Gyros on Public Square.

“We fixed it all up. We cleaned it all out. It’s beautiful,” Negron said. “It’s set up for faster service.”

The Negrons opened The Cheesesteak Factory in 2015, serving 8-inch and 16-inch Philadelphia cheesesteaks and chicken cheesesteaks.

Ed Negron said they were forced to close the business in April last year after it was learned that employees robbed the gyro business of more than $20,000.

“It was heart-wrenching,” he said.

As a result of the theft and loss of employees, Negron said they could not keep both businesses running and had to shut down The Cheesesteak Factory.

Nick Tsioles, owner of Curry Donuts, owns the buildings and offered them free rent to reopen as they tried to recover from the loss of money and employees, Negron said.

Now, Negron said they are reopening “better than ever” with the same Philadelphia style steak sandwiches, new menu and faster service.

In addition to cheesesteaks, he said they will sell homemade macaroni and potato salad as sides and the business will include a sauce bar.

“We just want to create a great, quality product at a reasonable price served fast in a friendly and clean environment,” Negron said.