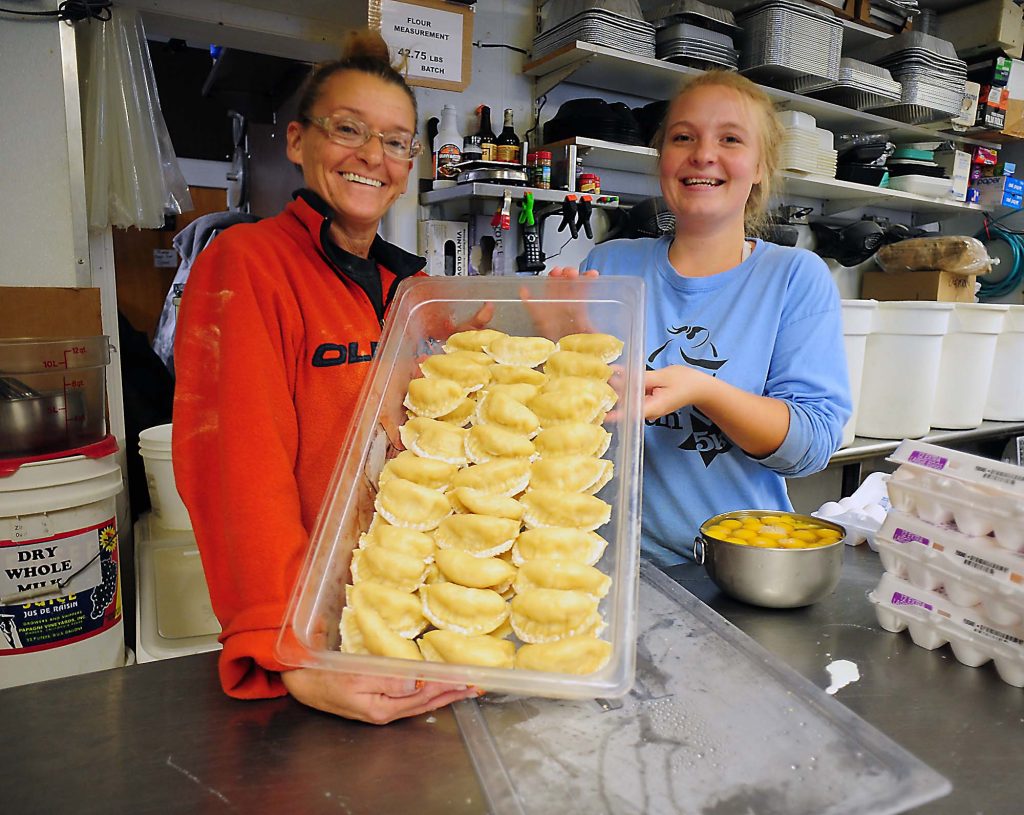 It’s a big day for Mrs. T’s, Plumpy’s, Mom and Pop’s Pierogies and other pierogi makers throughout Northeast Pennsylvania and the country.

Today is National Pierogi Day — a time to recognize the international dish that is a type of dumpling made of unleavened dough and stuffed with a variety of fillings.

Mrs. T’s Pierorgies, which has a plant in Shenandoah in Schuylkill County, is the largest provider of frozen pierogies in the country.

According to some “fun facts” she provided, in 2018, Mrs. T’s whipped up more than 585 million pierogies which is enough to cover 881.4 football fields and circle the globe at the equator 1.2 times.

Mrs. T’s celebrates National Pierogi Day every Oct. 8 as it was on this day in 1952 when the late Ted Twardzik Sr., the son of the “Mrs. T.,” sold his very first pierogi to a local grocery store in Shenandoah.

Twardzik, who used his mother’s recipe as the foundation of his business, died in 2016 in Pottsville. He was 89.

Mrs. T’s traces its roots to church fairs from his childhood when his mother sold homemade pierogies to long lines of people. The company began in his mother’s kitchen and went on to become the largest employer in Shenanodah with about 240 people on the payroll. 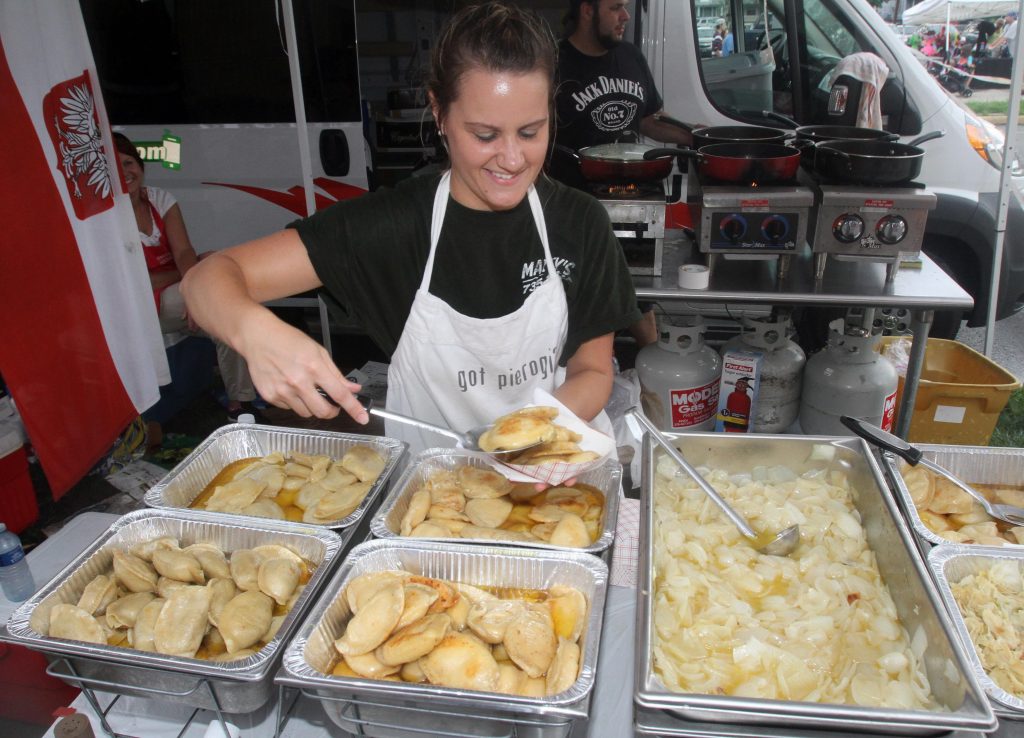 DAVE SCHERBENCO / STAFF PHOTOGRAPHER
Meredith Leiby of Martys in Nanticoke doles out a pile of pierogi in Plymouth in 2017.

Plumpy’s offers up to 17 different flavors at times including jalapeno occasionally, Cortazar said. The pierogies are sold at stores such as Wegmans, Gerrity’s and Price Chopper.

Cortazar said National Pierogi Day helps bring awareness to all the Polish and German grandmothers who brought pierogies here. Many people sold them out of their homes just to survive, he said. The day also reminds people of making pierogies in their kitchens with their mothers, he said.

“There are numerous ways you could make them and there are all the new flavors,” he said. “It’s a fun food.”

Mom and Pop’s Pierogies, based in Wilkes-Barre Twp., also produces a huge volume of pierogies and ships them throughout the U.S. Its dough is made fresh every day and the pierogies include a variety of fillings.

Luzerne County also is filled with other pierogi makers that include Just R Pierogies in Wilkes-Barre Twp., the Polish Connection in Plymouth, Nardozzo’s in Nanticoke and Joe’s Homemade Pierogies in Hazleton.

Joe’s Homemade Pierogies owner Joe Stanavage Sr. typically wears a chef’s hat that says “Pierogie Joe.” He’s been in business for more than 30 years. His pierogies placed first in the vendor category in the Edwardsville Pierogi Festival in 2018 and second in 2019 while Mom and Pop’s Pierogies placed first.

Pierogi fans across the country can apply for the position by sharing why they’re Mrs. T’s biggest fan on the brand’s Twitter or Facebook page.

The winner also will enjoy a pierogi preview party to taste test the company’s newest, unreleased recipes with their friends and family.

“It’s been 67 years since we sold our first pierogi and we’re honored to have grown to become the largest producer of frozen pierogies in the country,” said Tom Twardzik, president of Mrs. T’s and son of the late founder. “This year on National Pierogi Day, we are thrilled to return the love by announcing the search to recognize our biggest fan with this honorary title.”