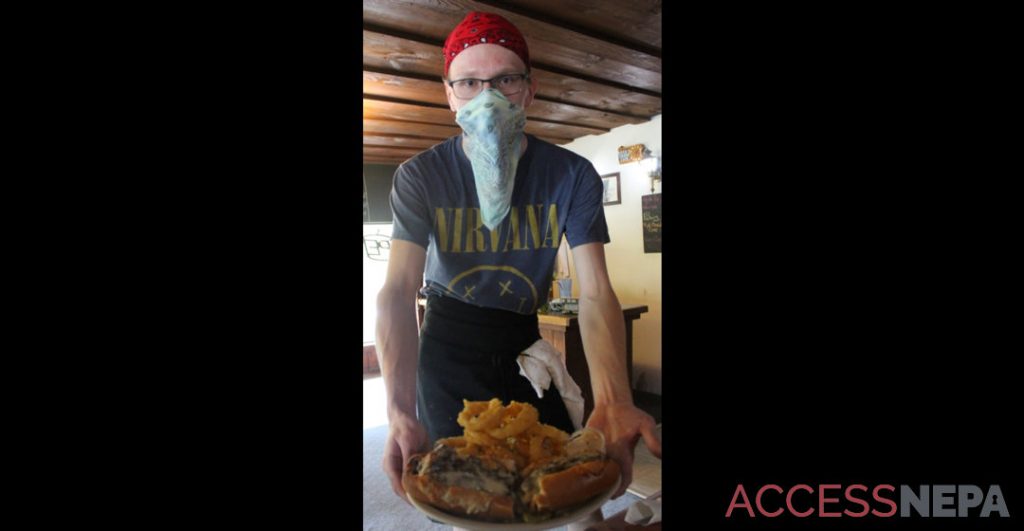 Five years ago, Ty Barziloski embarked on a vocational training path that gave him wings in the restaurant field.

Then a student at Tunkhannock Area High School, now 21, he looks back fondly to a full range of offerings at the Susquehanna County Career and Technology Center adjacent to the Elk Lake High School campus that kept him focused on food preparation and all of the things that entailed getting a firm grounding in the culinary arts.

With instructor supervision, the students hone their skills by operating on-site restaurants,

“That’s what I really liked most,” Barziloski said. “It was working in the grill and getting instant feedback about something you had made.”

He’s not sure who first inspired him to cooking or the line of work,” but said last week, “It was probably my grandma and her home fries. Everyone’s got a special grandma.”

While still in school he started out at as a dishwasher at the Rocky Creek Cafe and said he really like doing his magic in that kitchen.

He’s only been cooking there for three years, and manager Mike Franklin said he’d developing into a fine cook.

The waitresses call him ‘awesome,’ and he’s not quite sure why.

“Maybe it’s because I’m bubbly, happy, and upbeat,” he laughed off.

He’s glad to see customers getting out more, because that means more work for him and he’s happy to be able to stay in business. “For awhile there it was looking pretty tough,” he said.

If given an opportunity, he’d recommend a lot of things but the the handcut Philly ribeye sandwich with caramelized mushrooms, onions, peppers and provolone with onion rings on the side is special.

Personally, he says he’s partial to the Teriyaki chicken smothered in coleslaw and buried in a cold wrap. “That’s some good stuff, too,” he said.

Tunkhannock resident Terri Fitting would agree on anything teriyaki, and is always glad to see a young man from Tunkhannock doing well.

Barziloski said he’s good friends with Brendan Steiner, the chef at the Blog. He, too is looking forward one day to getting that special chef accommodation as well.