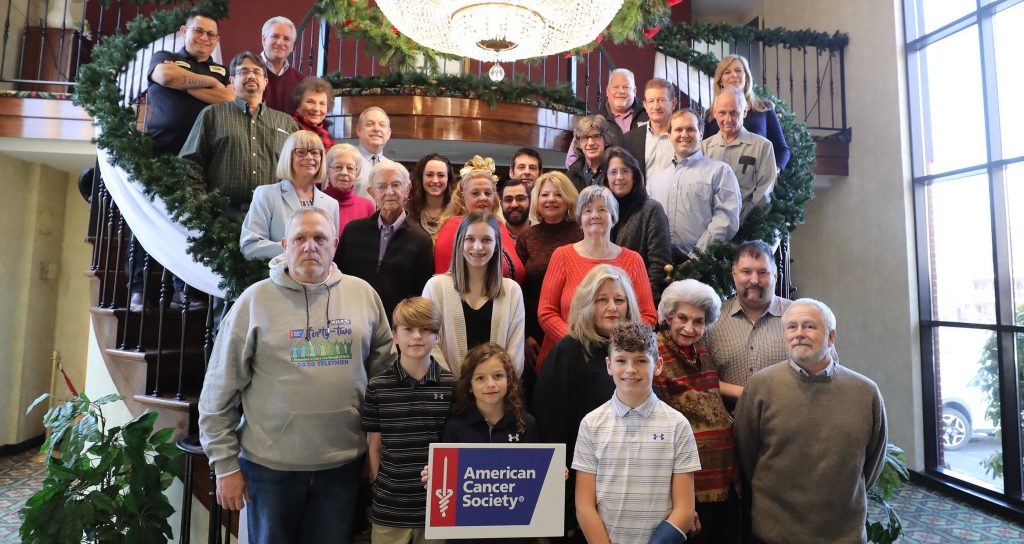 The 42nd American Cancer Society Telethon will be held Saturday from 11 a.m. to 11 p.m. at Premier Catering and Events at Genetti Ballrooms, with a host of entertainment, raffles and tricky trays — and many more stories of survival.

Two survivors will share their stories each hour during the telethon, which supports cancer research, education and local services through the ACS’ Greater Hazleton Unit, said co-chair Jane Dougherty.

When the telethon started 42 years ago, they didn’t have survivors, she said.

“We have more survivors than ever before,” she said.

Cancer death rates continue to drop and have been on the decline for the past 26 years, according to a new ACS report. From 2016 to 2017, the United States saw its largest-ever single-year drop in overall cancer deaths, a 2.2% plunge spurred in part by a sharp decline in lung cancer deaths.

These numbers are encouraging and demonstrate the importance of research being done by the ACS and others, Dougherty said.

The theme for this year’s telethon is “42 — Determined to Find a Cure Through All We Do” and the local community is determined in meeting that goal, said co-chair Clemie Yamona.

When asking past donors for support, Yamona received so much enthusiasm from them and they have been so receptive, because they are also determined to find a cure, she said.

“Everyone has been touched in one way or another,” Yamona said. “That makes us more determined.”

“We have a great, caring community that never says no to us,” she said.

In addition to making a pledge, people stopping by can enjoy the various entertainment, take a chance on dozens of tricky trays or a 50/50 tickets, choose something sweet from the bake sale, participate in a gift card bingo starting at 1 p.m. or take part in a mini-health fair from 11 a.m. to 5 p.m.

Area second graders designed decorations for the event with cancer prevention messages after learning about the cancer, and students from the Hazleton Area High School Fine Arts Club will have work on display.

The sixth annual Joseph S. Gans Sr. Award for outstanding service to the telethon will be presented to the Rotary Club of Hazleton during the event.

The ACS is dedicated to eliminating cancer as a major health problem by preventing cancer, saving lives and diminishing suffering from cancer through research, education, advocacy and service.

Services to local cancer patients include information and referral, transportation and medication reimbursements, a wig bank, sickroom supplies, such as bed pads an dressings; and rehabilitation programs such as Reach to Recovery and Road to Recovery, the CanSurmount and I Can Cope programs, and Caps and Friends.

The society also operates Hope Lodges in Hershey and Philadelphia for patients and/or family members who need overnight accommodations while being treated at any facility nearby.

This year’s goal is the same as other years — one dollar more than last year, Yamona said, and only people in the community can make that happen and make more birthdays possible.