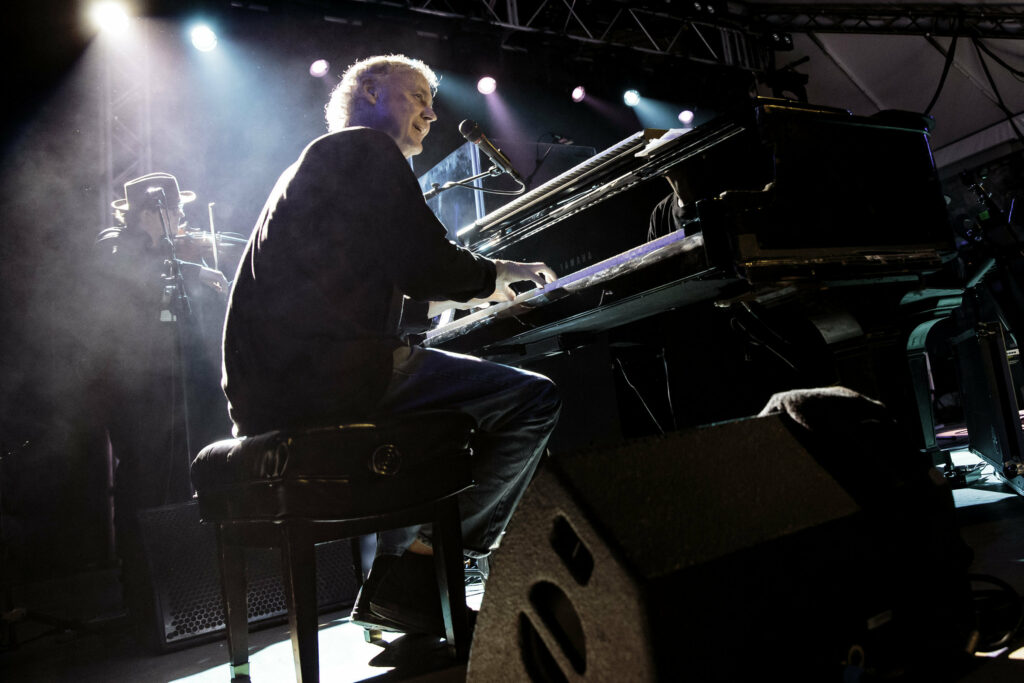 In a career that has spanned over four decades, Bruce Hornsby has been consistent: he never slows down and never confines himself to one genre.

Over the years, Hornsby has ventured into bluegrass, jazz, classical and even electronica. With all of these genres — and after collaborations with artists such as Elton John, Eric Clapton, Don Henley and Chaka Khan under his belt — Hornsby will bring his talents to Northeast Pennsylvania this weekend.

Bruce Hornsby & the Noisemakers (his touring band for the past 20 years), will perform Friday, July 12, at the Event Center at Mount Airy Casino Resort, 312 Woodland Road, Mount Pocono. Doors open at 7 p.m., and the concert will begin at 8. Tickets cost $42 to $72, plus fees, and can be purchased by visiting mountairycasino.com.

Fans of Hornsby — a Virginia native whose career has amassed three Grammy Awards and 13 nominations, including best new artist — can expect the classic hits, like 1986’s multi-platinum “The Way It Is,” as well as selections from Bruce Hornsby & the Noisemakers’ latest album, “Absolute Zero.” The album, which was released in this year, has a rock and folk sound and began through Hornsby’s collaborations with director Spike Lee. The two have been working together since 1992, with Hornsby scoring a number of Lee’s films, including 2012’s “Red Hook Summer.” As Hornsby wrote these cues — brief passages of music used in film — he saw the potential for more in these one to five-minute pieces.

“There always were certain cues that sounded like they wanted to be songs, wanted to be developed into something more than just cues, more than just tiny instrumentals setting moods for conversations in a film over dinner or whatever,” Hornsby said. “You just sculpt and shape the music accordingly.”

Shaping and sculpting music is nothing new for Hornsby. He’s always made it a priority that, as music evolves, he’d evolve with it. He keeps his music and his concerts fresh, for both himself and his audiences, whether they be seasoned fans or newcomers. And, according to Hornsby, a man full of surprises and dedicated to his craft, all they’ll need is a set of open ears.

“It’s always been about staying inspired, broadening my reach and range of abilities and influences, and exploring new areas,” Hornsby said. “I’m very fortunate to be able to do that, to be a lifelong student, and to continue to pursue a wide-ranging musical life.”