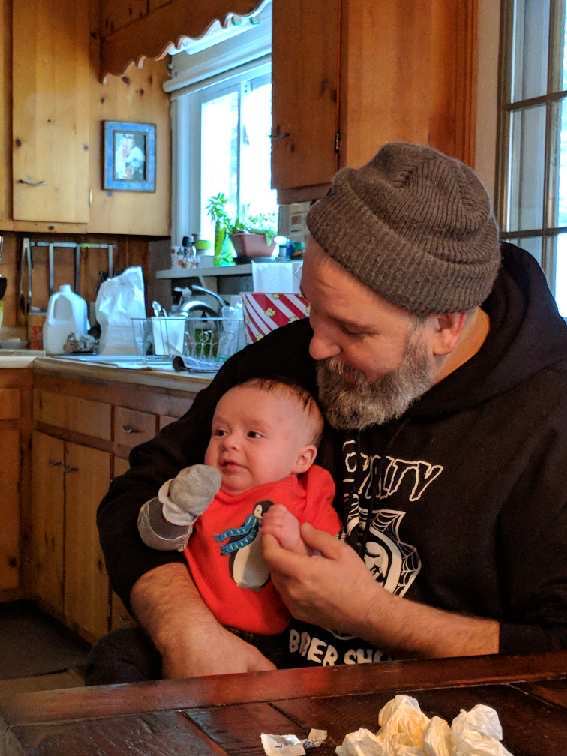 Brian Craig: He was a friend, and much more, to all of us 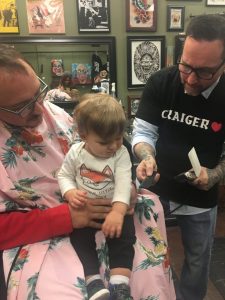 PATRICE WILDING / STAFF PHOTO
My son, Johnny, (seated in my husband Justin’s lap) received his first haircut by Brian Nardella of Loyalty Barber Shop & Shave Parlor in downtown Scranton as part of a fundraiser for Brian Craig in 2018.

Sad news travels fast, and as word of the passing of a lion of Scranton spread on Thursday, the stories and tributes started pouring in, too.

Brian Craig was an East Mountain native who became well-known and well-loved for a number of things before he succumbed to complications of cancer on Oct. 24. He was the co-owner of popular downtown bar the Bog, which served as a musical hub and gathering place for the town’s proud Irish, scene kids, people on the fringe or basically anyone looking for a dimly lit home base for tipping back a “chugger” or finding new friends. In recent years, he completed training to earn a chair at Loyalty Barber Shop & Shave Parlor, right across the street from his bar on Adams Avenue, and became a brother barber among the close-knit crew there. Many also remember him as a seasoned musician who played drums and washboard in a variety of original and cover bands, including Okay Paddy, And the Moneynotes and the Bogyard Chugg Band.

Brian also served as the unofficial mayor and self-appointed head of the welcoming committee to the city of Scranton. From cast members of “The Office” (which included the Bog on the show) to traveling bands or visitors from out of town, Brian always made it his personal mission to make people leave his bar and our city with fond memories of how nice and friendly they found their time here to be.

Everyone called “Craiger” their friend, because he was. When best bud Bill Orner organized the community event Bri Day around Thanksgiving last year to help raise money for Brian’s family, including his wife, Sharon, and his son, Grayson, more than 2,000 supporters turned out to show their love.

I’ve known Brian for about 14 years, which is a drop in the bucket compared to those from the mountain and valley who have stories that go back to before I was born. I was at his wedding, and he was at mine. I brought my newborn son to meet him when he was just weeks old, and it was the most comfortable and behaved I ever saw my Johnny with any of the new people he was meeting at that time, because of course he felt that way in Brian’s arms.

I delighted in reading the cascade of personal stories shared on Facebook by friends and acquaintances. More than one guy I know talked about how Brian played Cupid by 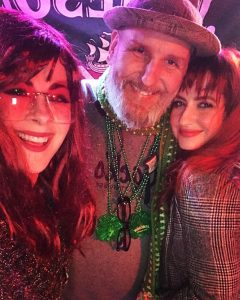 introducing them to the women who would become their fiances and the mothers of their children; when Brian noticed the hims noticing the hers, he facilitated the conversations (usually with the ice-breaker “Come over here, let’s do a shot!”). He was a confidante to many, who often revealed early pregnancies, new jobs, unexpected joys and losses, and other secrets to his ears before they made it to any others.

Brian supported the arts and was the reason many bands, artists and DJs (myself included) got off the ground, gave it a go or had a stage to try their craft. He believed in people and never let someone with a kind, tender or creative heart doubt their own potential. The ripple effect of his kindness and charity was felt even in unexpected places, as I saw video of a heartfelt and impromptu eulogy followed by a moment of silence in his honor held at an environmental awards dinner the night of his passing. At the same time, the Bog overflowed with people in mourning who returned to the place where they spent years building bonds with Brian. Countless shots were poured and toasted in his memory, but even more plentiful were the hugs being shared by the brokenhearted.

What can we do now? Keep telling stories about him. Add his loved ones, like his brother, Barry, in your prayers, if that’s your thing. Show kindness and warmth to a stranger the Brian way. If you’re grieving, try to remember how fortunate you were to have known or met him. He loved a good laugh and a goofy joke, so enjoy one of those.

My last text from him included this: “I love you friend. … I appreciate you and our friendship and wish you the best.”

Steal that line. Tell it to the people you keep close and even the ones you haven’t reached out to or seen in a while. In whatever small ways you can, be like Brian.