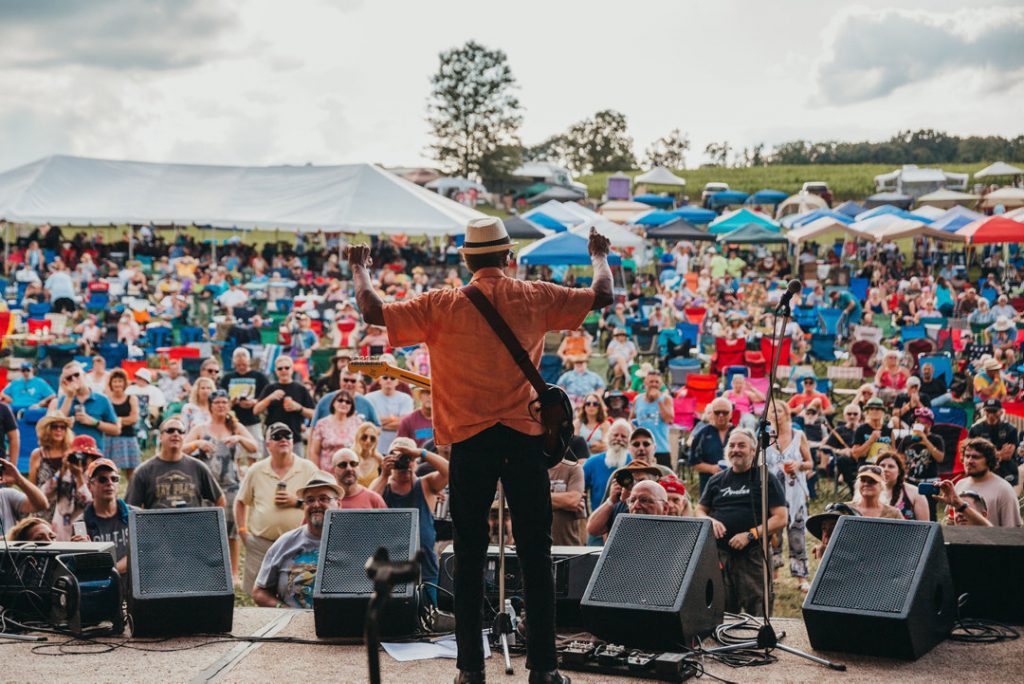 The Briggs Farm Blues Festival picks up where it left off in 2019 with a full lineup of regional and national acts.

After taking last year off because of the pandemic, the family-friendly festival returns to the 250-year-old Nescopeck farm from Thursday, July 8, through Saturday, July 10, with day passes and overnight camping available. Maegan Beishline, festival marketing and communications manager, said organizers determined early on that they would find a way to make the festival happen this year, going so far as to start selling tickets in January.

“It’s great that things have aligned in the way that they have to make things easier and make people feel more comfortable about coming out,” she said.

They feel positive about this year, the festival’s 24th, and ticket sales are going well, Beishline added.

“It’s super clear that people are super excited to get back out and do stuff,” she said.

On Thursday, the festival will present a special ”Songs from the Summer of 1970” set, with former Badlees guitarist Bret Alexander and friends playing from 6 to 7:20 and 9:30 to 11 p.m. Mike MiZ will perform in between those sets from 7:40 to 9:10. Guests can expect to hear songs from the likes of the Rolling Stones, Van Morrison, John Lennon and Jethro Tull.

On Friday and Saturday, acts will perform throughout the day on the main stage as well as the more intimate “back porch” stage that “lets festivalgoers get close to the artists and become part of music,” according to organizers.

“We have a brand new main stage,” Beishline said. “We built a new, larger main stage … and it’s allowed for us to expand the audience field a bit. And the back porch stage moved as well, but it will have the same feel as it always has.”

“We do have some returning acts, and we have some new ones coming,” Beishline said. “Pretty much everyone who was scheduled to come for 2020 is coming this year.”

She described the lineup as full of diversity and high quality, with a mix of big names in the blues industry and regional acts that are “some of the best at what they do.” There’s something for everyone, Beishline added.

“You have these established acts who’ve been around forever, and you have these newer people who are absolutely outstanding,” she said. “There’s not going to be anything that anybody wants to miss while they’re here.”

The festival will take place rain or shine. Aside from the music, guests can check out the nearly 100 merchandise vendors plus food vendors, and Berwick Brewing Co. will sell beer. But guests also can bring in their own coolers and food, along with chairs and pop-up tents. Glass bottles are not allowed.

Guests can buy tickets at the door or in advance, and tickets are available as one-, two- and three-day passes. Those who want to camp can bring tents or recreational vehicles and will have access to portable toilets, sinks, drinking water and free heated showers. Beishline said camping gives guests a chance to “immerse themselves and forget about their reality for a few days.” Camping tickets include festival admission.

“A lot of people come here as their vacation,” Beishline said. “It’s a destination, and it’s an experience, and I think that they get here and they don’t want to have to leave. They want to just come and spend the weekend. A lot of people don’t like to have to come and go.”