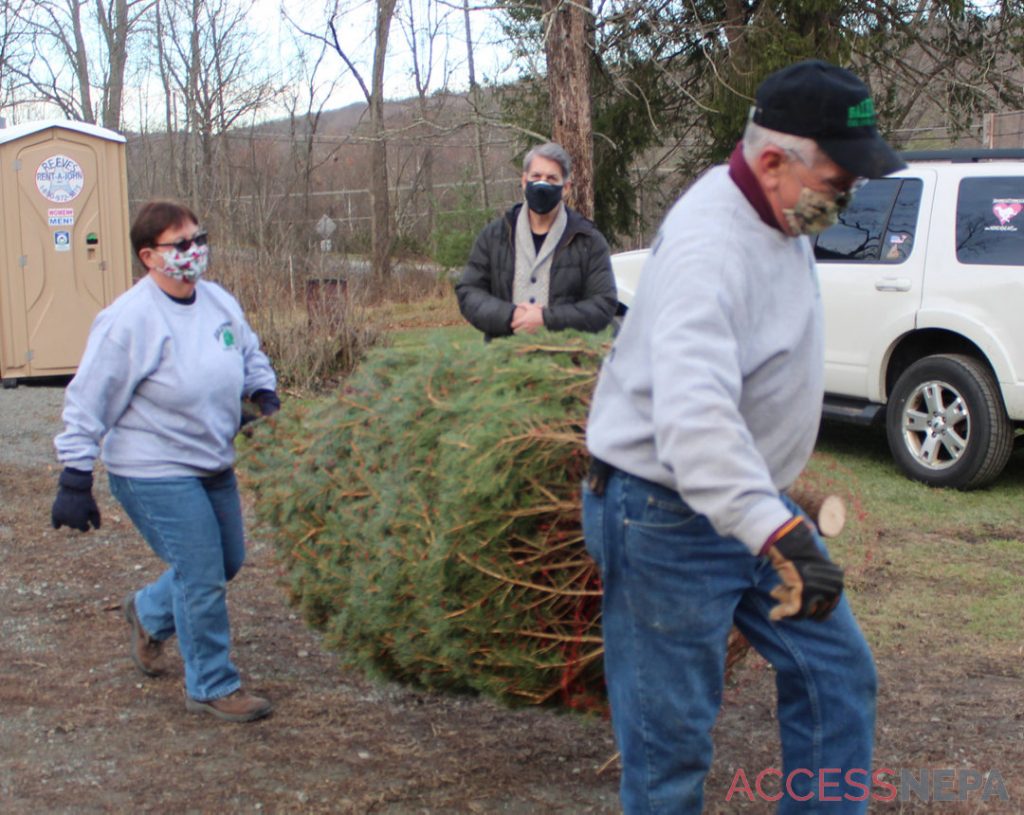 Going outside in the chilly weather of December to pick out a live Christmas tree is something that families have done for generations to get into the Christmas spirit.

Balewski’s Christmas Trees is making sure that tradition doesn’t become a thing of the past. Co-owner Tammy Balewski said that ever since they opened for the season Thanksgiving weekend, there have been tons of people coming for trees.

Balewski said that one of the reasons for the steady amount of sales is definitely the experience and tradition of picking out a tree, but also that people are just looking for something happy in their lives to finish 2020.

“There’s a lot of people who have had artificial trees, but are going back to real ones for this year,” Balewski said. “Everyone has been trapped inside their houses for too long. They figure let’s go outside, get a real tree and have a family bonding experience.”

When asked about the most popular selling tree, Tammy said “Definitely Norways because of the softer needles.”

“The Con Colors have been starting to sell fast too, because they smell like oranges. Some people also say that they help with allergies,” she added.

The Balewski’s started the business after their neighbors Charlie and Mary Wall retired from selling trees. When Joe retired from his job at Procter & Gamble, he figured he had more than enough time to start his second life as a Christmas tree farmer. He noted that people don’t understand that even though it’s only open for one month of the year, Christmas trees are a year round job.

“We start planting new ones in the spring,” Joe said. “Then in the summer is where it really gets tough, because you’re out working in the middle of the fields when it’s 85 degrees out, but it’s all rewarding when you see the families and the kids so excited when they’re picking out the tree.”

One of those families that journeyed up into the fields was the Flinn family. Lewis Flinn and his children Cooper and Gaby settled on an 8-foot tall Blue Spruce to put up in their living room. After picking out the tree, they watched Joe bring out his chainsaw, cut it down, and then take the tree down to be wrapped up. Once wrapped up, Joe and Tammy carried it over to the Flinn’s car, put the tree in the backseat, and were about to go home to decorate the Blue Spruce.

“It’s truly going to look like Christmas now, that’s a beautiful tree” Lewis said, as he watched the tree get put into the car.

The Balewski’s say the main reason why people keep coming back every year is not just the beautiful trees, but the atmosphere that goes along with it.

“Our main thing is that we have fun, even when things go wrong we just laugh it off,” Joe Balewski said. “Christmas is supposed to be a happy time for everyone, and we take that to heart,”

All trees at Balewski’s Christmas trees cost $30. If you need a tree stand, you can get one on site for $35.

Balewski’s Christmas Trees is located at 309 Billings Mountain Road and is open Monday through Friday from 11 a.m. to dusk and Saturday through Sunday from 9 a.m. to dusk.