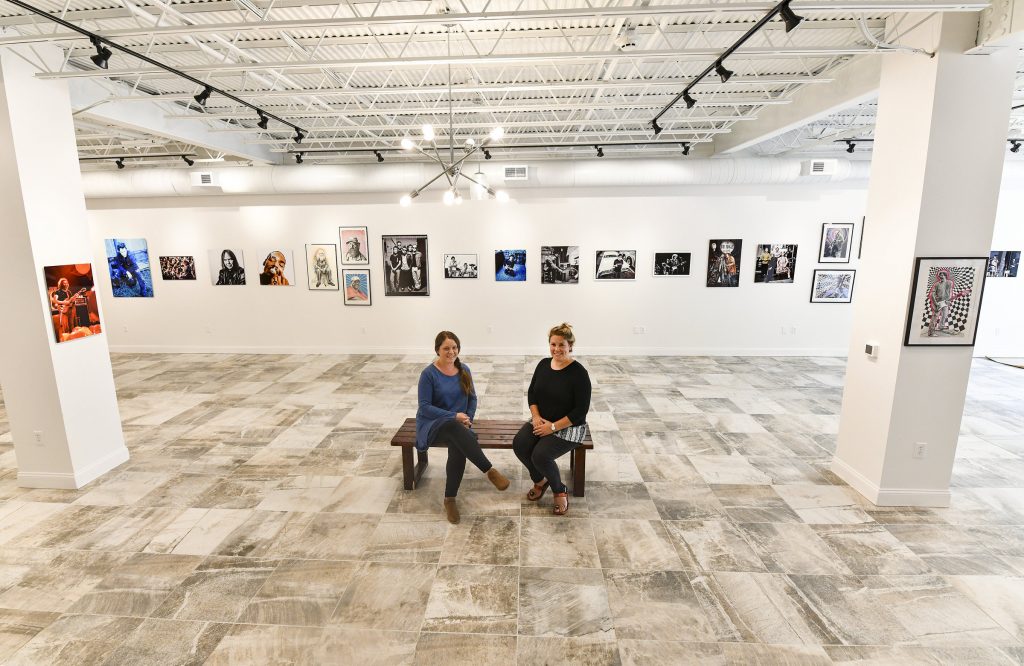 The glass block windows have come down, and the natural light has flooded in.

It signifies a bright new era for ArtWorks Gallery & Studio, which has renovated the former home of Delta Medix Breast Care Center at 236 Penn Ave., Scranton, into its new home — an open, airy spot with three times the amount of space it had at its previous location at 503 Lackawanna Ave. Where it previously had one classroom and also held classes in its gallery, ArtWorks now has several classrooms and studios — spread over three levels — which lets it expand its public class offerings, too.

“We had dreamt and said, ‘What if we had that separation between studio space and gallery space?’” said Kaitlin Harrison, gallery and program coordinator. “(Here) we have that separation.”

Noelle Snyder, marketing specialist for Keystone Community Resources, which supports ArtWorks, pointed to the desire to expand the gallery’s programs and own its building as reasons for the move. But it also wanted to stay involved in the local arts scene, she said, and with it now situated next to the recently revamped 300 block of Penn Avenue — which features a mix of new and established bars and restaurants as well as several other businesses — ArtWorks finds itself in an up-and-coming neighborhood. The gallery participates in the First Friday Art Walk monthly and the new location afforded a chance to continue that involvement.

“We saw this as the best of both worlds, facilitating classes but having a foot in the door with the arts community,” Harrison said.

The first floor, which previously housed medical offices and exam rooms, was gutted and turned into the main gallery space. ArtWorks added new flooring and chose not to replace the drop ceiling, instead preferring an exposed industrial look, Harrison said. Old glass block windows that covered most of the front wall were replaced with large picture windows. And now, artwork stands out on stark white walls in an open-concept room.

ArtWorks continued renovations upstairs, although there are parts that remain unchanged for now. There, visitors will find a digital studio, and the gallery plans to install a kiln at its ceramics studio and to offer print-making and silk-screening as well.

“We loved our location on Lackawanna Avenue, but we couldn’t grow like we wanted to,” said Delia O’Malley, ArtWorks’ program manager.

Those spaces eventually will allow the public to participate in various art classes, but ArtWorks will continue to serve its regular clientele, people with autism and intellectual disabilities served by Keystone Community Resources. Those students come to ArtWorks as an alternative to usual day services, spending their time learning various artistic skills. Students range in age from about 19 to 60 and include people who are nonverbal, have sensory issues and have other special needs, O’Malley said

“We give them that opportunity to venture into that different avenue,” Harrison said. “The arts are so important for rehabilitation or somebody that’s possibly suffering from post-traumatic stress disorder. This is that outlet for them.”

Through ArtWorks — which also offers programs in Susquehanna and Wyoming counties — students can learn such skills as drawing, sculpture, painting and more, as well as the professional side of things, such as matting and framing their pieces. The new building will allow ArtWorks to offer more kinds of artistic mediums to its students, Harrison said.

More opportunities and space mean students can produce more artwork, Harrison said. Their work gets displayed in the Scranton gallery a couple times a year as well as at the Dietrich Theater in Tunkhannock and the Susquehanna County Courthouse in Montrose. Local businesses also display students’ work, and ArtWorks sells pieces, too, which benefits the students and the gallery’s programs.

Over the last several weeks, employees have moved into the space and given tours to ArtWorks students. The building has “a really positive energy,” said Delia O’Malley, ArtWorks’ program manager, and visitors have responded to it well.

“All of our students who come in, they’re so excited,” O’Malley said.

The public will have a chance to see the new space this week, when it officially opens with its latest exhibit, “Chasing the Light,” the rock ‘n’ roll photography of Jay Blakesberg, a San Francisco-based photographer whose work has been featured in Rolling Stone. Accompanying that show is “Jam Fan,” a collection of drawings by Pennsylvania artist Mark Loughney that are based on Blakesberg’s work. Loughney is incarcerated, Harrison explained, and the artwork “was his way of almost a rehabilitation or a second-chance opportunity,” something that “checks all our boxes.”

Blakesberg will attend the show’s opening reception during First Friday on Sept. 6 from 6 to 9 p.m., which will include live music by Dave Brown and the Dishonest Fiddlers.

Harrison wants the public to not only understand ArtWorks’ various existing programs but also that it plans to have more public programs as well. And, she added, it’s open for gallery submissions, too.

“We want this to be that community space that integrates people that are so undervalued and immerses them into the larger community,” Harrison said. 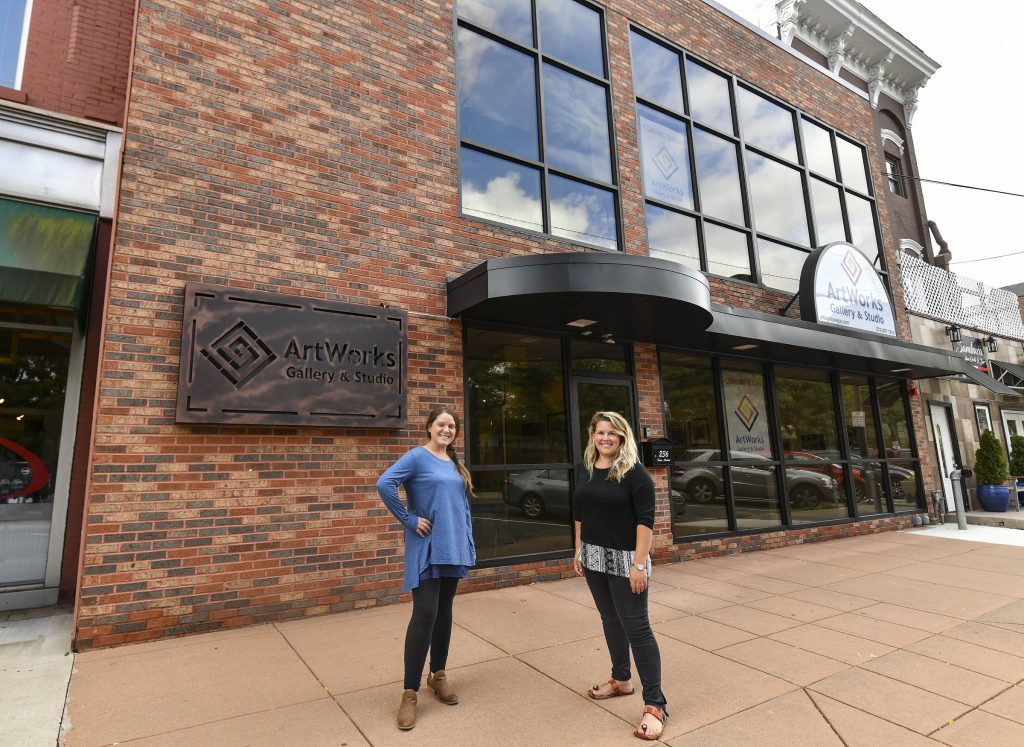