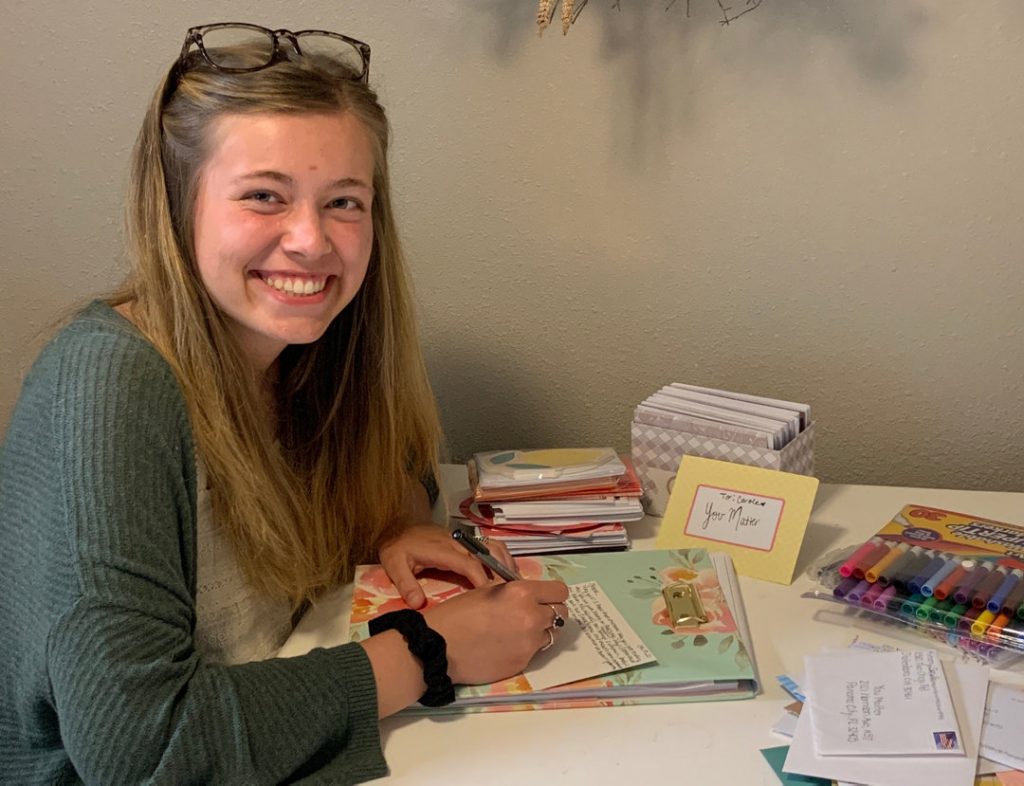 One woman’s idea to tangibly encourage and care for others has become a campaign that launched in the middle of a pandemic.

Seeking to make a difference, Rachel Klien-Hart channeled her love for people and words to start a letter-writing campaign. It was born out of something she did while at Abington Heights High School. During her time there, she started “Appreciation-Grams,” a campaign created to promote sharing words of encouragement in notes and messages.

“It’s one thing to tell someone something you appreciate about them. But it’s another thing to write it down. When you can also encourage others to do the same, it’s pretty powerful,” Klien-Hart said. “It was so cool and so energizing to see people love and affirm others.”

Klien-Hart said she believes everyone wants to care for others, but don’t always know how. She came up with Appreciation-Grams as a way to encourage students at Abington Heights think of people around them positively. Klien-Hart said a comment from a friend about getting to graduation and not knowing the person you’re sitting next to, inspired her to intentionally get to know every one of her classmates. Klien-Hart was determined to notice them and affirm that they matter. At graduation, she wrote each of her fellow seniors a letter. The cards were handmade and included a stamped message on the front that read “You matter.” Spreading positivity, joy and thankfulness for others made a difference Klien-Hart hopes will continue at the school.

The 19-year-old graduated in 2019 and is currently a freshman at Georgia Southern University, studying Spanish, nonprofit management and public relations. Klien-Hart saw a need with the recent pandemic and decided to take the letter-writing she did in high school to a new level and reach more people.

Jill Hart said that since her daughter could start talking, Rachel has expressed care for others through words. The girl who loves journaling and crafts found a natural progression to create personalized cards, sharing positive written messages as a way to affirm those around her.

“She has a heart for people,” Jill Hart said. “She’s my daughter, but she has a joy about her and a strong faith that is so inspiring. She makes me want to be a better person.” 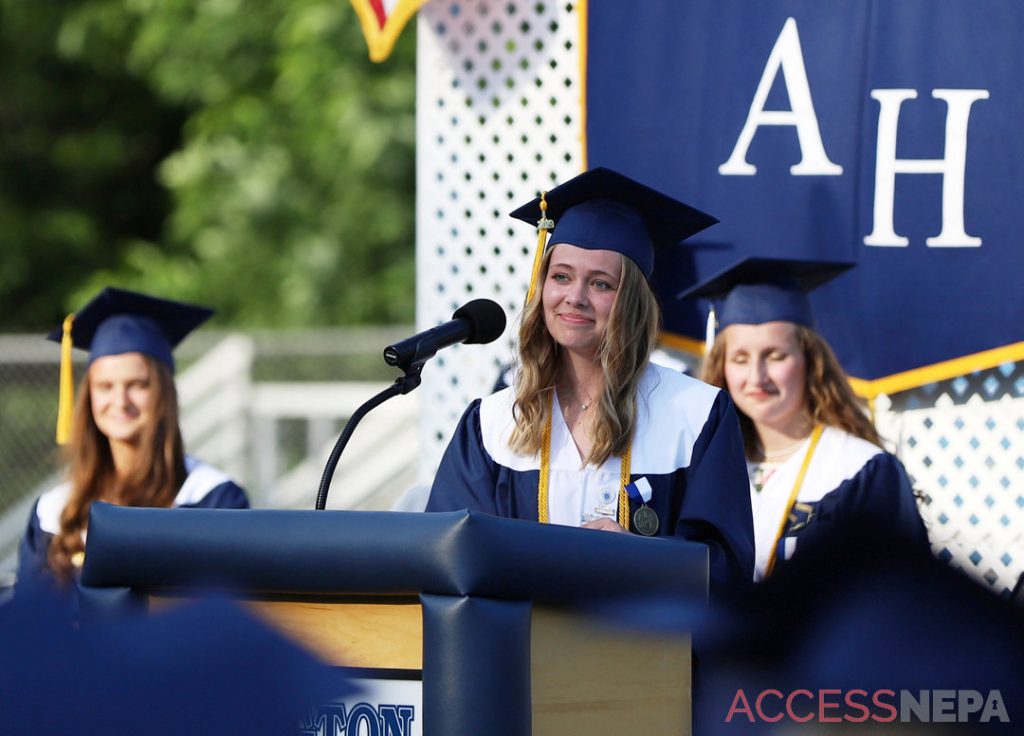 ACCESS NEPA FILE
President of the class of 2019, Rachel Klien-Hart, speaks to her fellow graduates during the commencement ceremony.

During the recent pandemic, Rachel Klien-Hart said she saw a lot of hopelessness and uncertainty. “I think everyone wants to help and care for others, they just don’t always know how,” she said. “I hope that You Matter Letters campaign provides that opportunity.”

Starting the You Matter Letters campaign on March 30, Klien-Hart took her idea of letter writing far beyond her home in the Abingtons and her circle of friends. Launching a website and podcast, Klien-Hart hopes people will nominate others to get letters and start a ripple effect.

“It can be so cool to know you are part of something bigger than yourself. Especially now,” Klien-Hart said. “It feels like we are so isolated. It’s nice to know you are joining with others and connecting with people that you might not otherwise. It’s a cool opportunity we have. People have more time. I think we all have an innate urge to serve and care for others. You Matter Letters is a way to do that and harness the season that we are in. While we have it, let’s use the time we have.”

People can nominate someone to receive a note on Klien-Hart’s website or sign up to become a letter writer.

On the day You Matter Letters launched, Klien-Hart shared on social media, “Everyone could use a reminder that they have value and that their story is not over yet. You can tell them. … Together, we can overflow the mailboxes of people needing some encouragement.”

To nominate someone to receive letters or to read stories of people who have been nominated and volunteer to write a letter to them, visit bit.ly/34HQfO5.