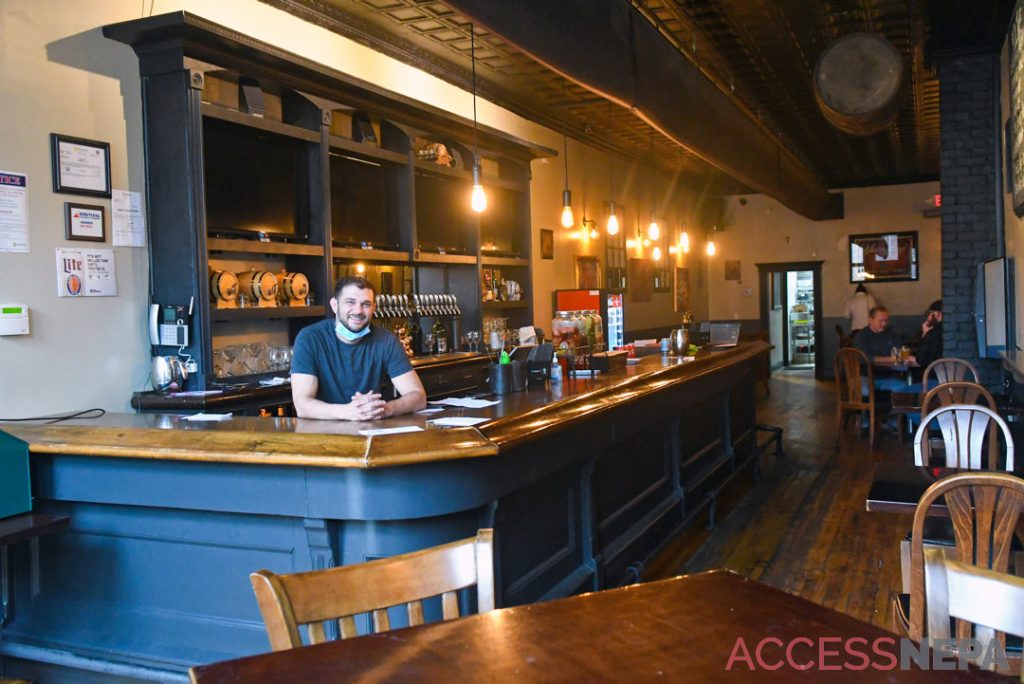 MINERSVILLE — The co-owner of the Little Brown Barrel hopes the new establishment contributes to the borough’s growth.

The restaurant and tavern at 115 Sunbury St., Route 901, opened on the site of the former Wooden Keg on Sept. 16, a date with special meaning to Stephen DeLucia.

The name also has a family significance. DeLucia’s grandfather, Charlie Monastero, operated a bar called Little Brown Jug in his hometown of Norristown in the 1960s and ’70s. The name was taken by the time he decided to open his Minersville establishment, so DeLucia adapted. 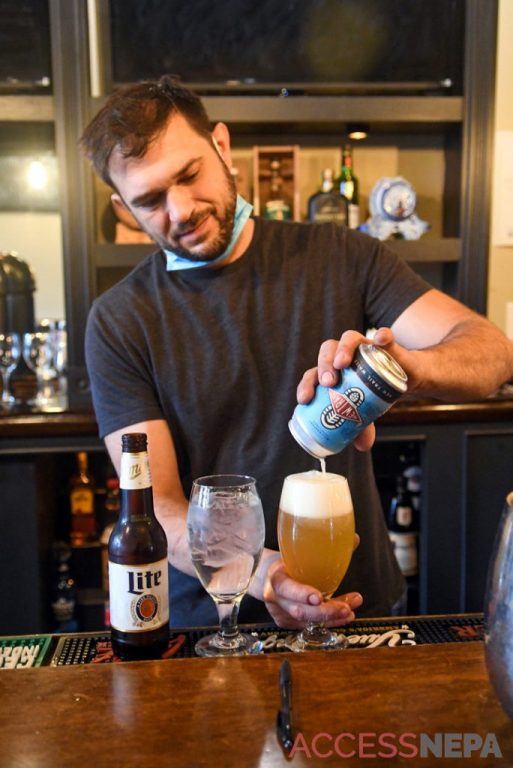 The menu includes a variety of flatbreads, sandwiches and appetizers, and there are 18 beers on tap, including a rotating Nitro line and Yuengling products.

“As of right now, we have 12 beers nobody even offers in Schuylkill County,” he said.

DeLucia, of Pottsville, who co-owns Little Brown Barrel with Paul Ziegler, Schwenksville, said he plans to offer 120 craft beers bottled and on tap as of next week. Featured breweries will be Black Rock Brewing Co., Pottsville; 1787 Brewing Co., Hamburg; and Workhorse Brewery, King of Prussia.

Another local flavor is the artwork, which is provided by Schuylkill County VISION’s Block of Art, Pottsville, and private individuals, and is for sale. Eleven paintings have already been sold, DeLucia said.

“Everybody’s enjoying the food,” he said. “The beer selection is already popular.” 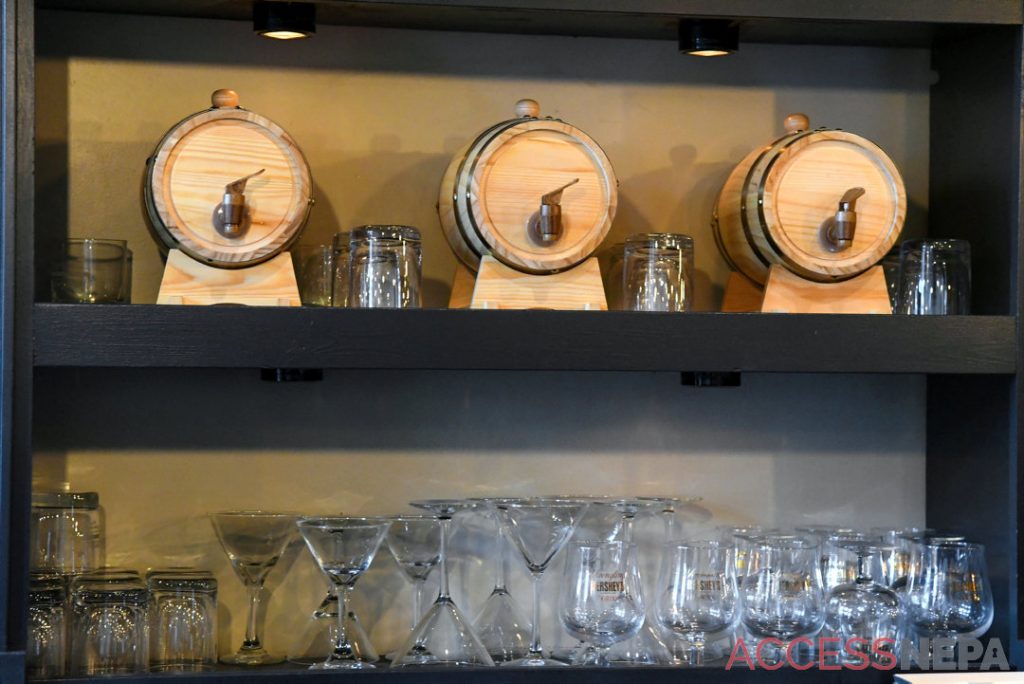 DeLucia said he chose to open a business in Minersville because he saw it as an area that is growing.

“We were looking for a location that was affordable, where property values were increasing, average household incomes were increasing and had businesses opening,” he said. “The area is growing.”

He said he also liked the revitalization work borough officials are undertaking, including upgrading sidewalks and lighting.

“It makes it appealing for a new business to come into this area,” DeLucia said.

“Their menu looks fantastic and I personally can not wait to visit them,” she said. “It is wonderful to have a new restaurant in town.”

DeLucia said opening in the midst of the coronavirus pandemic was actually an advantage.

“It allowed us to open softly and not have that first initial overwhelming push where we make a lot of mistakes,” DeLucia said. “It gave us a chance to do things right: having quality food, learning how to do everything, such as cocktails, the computer system.”

Precautions are in place to curb the virus’ spread. The restaurant’s six employees all wear face masks, the tables are set 8 feet apart, the bar is closed to the public, the number of people inside is limited and hand sanitizer and face masks are available at the entrance. Takeout and delivery are available.

DeLucia said he has gotten a positive reception from customers, whom he strives to provide “an escape from reality” and the feel of stepping into an establishment in Manhattan or Philadelphia.

“We want to have a good environment for people to come in, where they feel relaxed,” he said. “It’s a place where people can come out to and get a good, quality meal.”