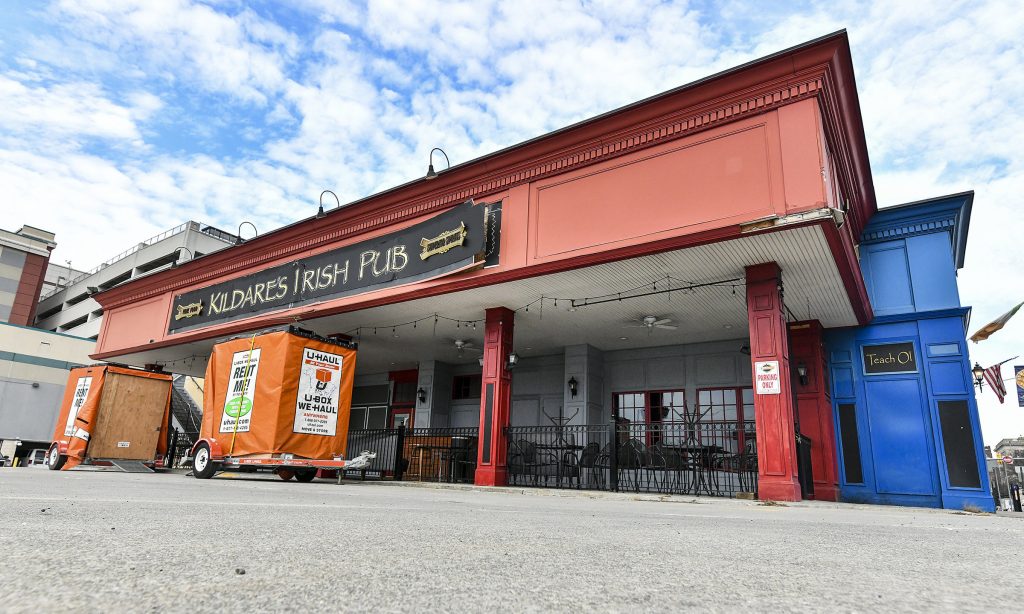 Two partners are transforming the vacant Kildare’s Irish Pub into an industrial-themed gastropub.

He and partner Harjaap Chatha leased the prime commercial spot at the corner of Lackawanna and Jefferson avenues from owner Dave Magrogan, who closed Kildare’s in July to focus on his other restaurant brand.

Whether the place opens in any capacity for Parade Day on March 14, the infamous St. Patrick’s Day celebration during which Kildare’s did a booming business, remains to be seen.

The rebrand and renovations won’t be finished, but if a number of pieces come together, he could potentially serve guests on Parade Day, he said.

“We’re working to have the building ready for the parade and will be making an announcement about it shortly,” he said.

Velardi, a veteran in the region’s entertainment business, founded the Scranton-based wedding DJ and event host service Upscale Affairs. He managed entertainment at Kildare’s for years.

“We wanted somebody who was going to elevate the corner,” Magrogan said, who added that a number of people showed interest in taking over. “We had a good run as Kildare’s … but our business model changed so much.”

The Scranton restaurant was his last Kildare’s location. Though some of them still exist under new ownership, he got out of the waning Irish pub market to build out his Harvest Seasonal Grill and Wine Bar restaurants, which include one in the Shoppes at Montage complex.

Velardi and Chatha understand what today’s consumers want in a restaurant — not just on Parade Day, he said.

“Obviously, Kildare’s was a really important spot in March,” he said. “They’ll create a brand that has broader mass appeal; it’ll serve more guests in the community than Kildare’s did.”

Velardi promised to reveal details soon, including a name and design plans, but he already knows what he wants on the menu.