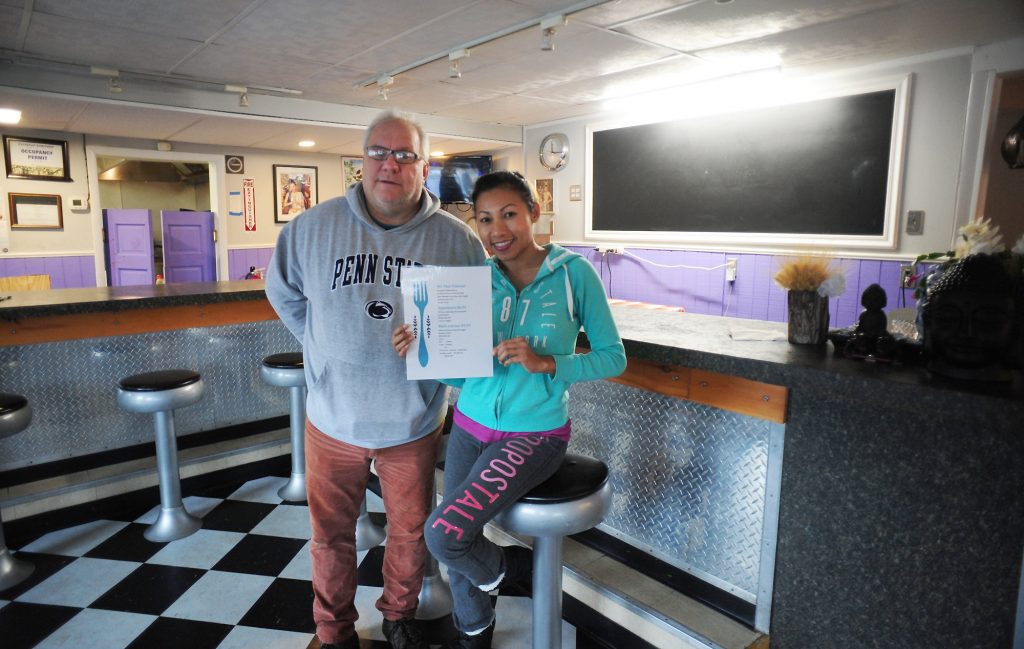 NIT Thai Takeout on the Pittston Bypass in Pittston Twp. and Jasmine Thai Restaurant and Lounge in the Courthouse Square Towers building in Wilkes-Barre have both shut their doors.

Len Pribula Jr. and his wife, Nitda, who is from Thailand, opened NIT Thai Takeout at 102 S. Township Blvd. in November.

Pribula said Monday they did not have enough customers and put more money into the business than they saw in return. In addition, his wife has health issues. As a result, they were forced to close the restaurant, he said.

On Monday, workers were gutting the site where Jasmine Thai restaurant was formerly located in the Courthouse Square Towers building.

Courthouse Tower Apartments LLC purchased the building at 216 N. River St. for $775,000 and the developers are investing $3.5 to $4 million converting it into upscale apartments.

Attorney Mark McNealis, who represents principals for Courthouse Tower Apartments LLC, Sam Shpelfogel, Mikhail Kipnis and Moise Garram, said the original plans called for keeping Jasmine Thai Restaurant on the first floor and they do not have a replacement tenant for the space identified yet.

Datchnee Srirattana said Monday they moved out as a result of the project to convert the building to apartments.

She said one of the building’s owners said they could stay but they plan to rebuild the entire building and make changes to the parking and the sidewalks. It would be difficult to operate the restaurant with “no parking for customers and sidewalks for people,” she said. The owner also told her it would take about two years to rebuild everything.

Other tenants also have vacated the building, McNealis said. Developers are in the first stage of demolition work and are opening up spaces and redesigning them to turn them into apartments, he said.

The developers decided to turn the Courthouse Square Towers building into apartments because “it wasn’t making it as an office building” and only one-third of it was occupied, McNealis said.

While the office building wasn’t working out, he said residential space is now at a premium in downtown Wilkes-Barre as more buildings continue to be converted into apartments.

“Developers saw a need for that,” McNealis said. “It’s nice to have apartments where there are shops and restaurants in walking distance.”