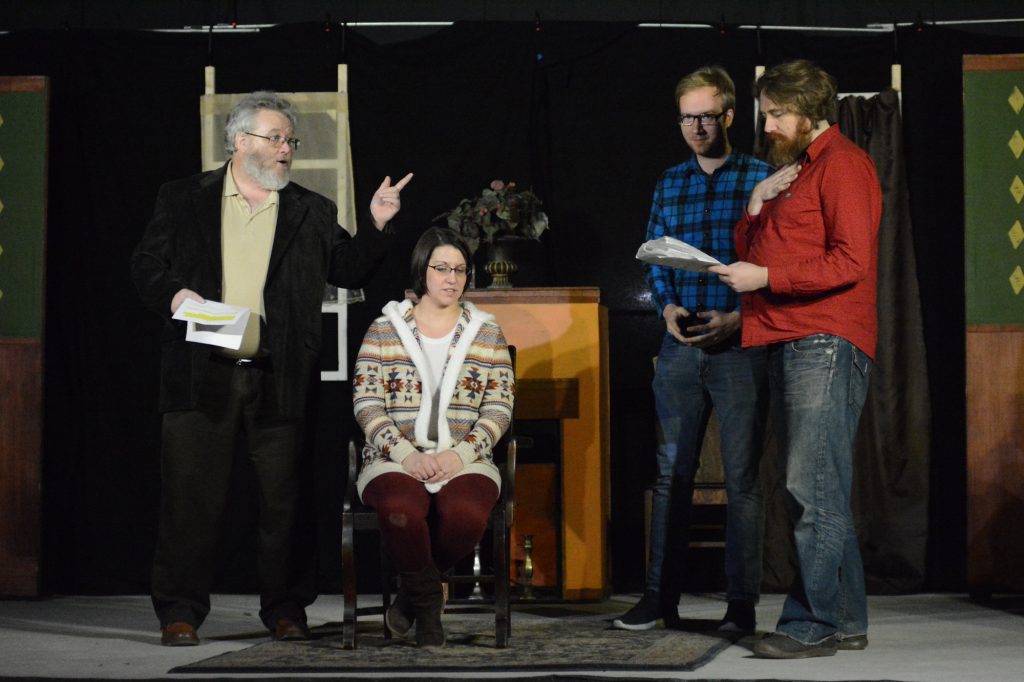 Theatre Junction to present ‘The Three Dubliners’ to benefit library

A local theater group will be putting on a series of performances for a good cause — the Pottsville Free Public Library.

According to Sasha Moscovit, Theatre Junction artistic director, Tuesday’s performance will be a preview and will cost $1, whereas the other shows will cost $12 for adults and $8 for students and seniors, and can be purchased at the venue.

Theatre Junction is a nonprofit theatrical troupe that has operated intermittently throughout Schuylkill County since the 1990s. After a long hiatus, the group rejoined after hearing the library had lost some funding.

“That galvanized us into action, and we’ve been back performing ever since, in what feels like a wonderful collaboration” with the library giving the company a place to perform and part of the proceeds benefiting the library, Moscovit said.

Much like what they’ve done with “The Three Dubliners,” Theatre Junction “delights in creating lively adaptations of the works of classical literature for the stage,” something they’ve dubbed the Page to Stage project, according to the group’s Facebook page.

“A young boy in his first job lightheartedly and hilariously comes of age in early-1900s Dublin. An Irishman comes back home after six years of working in England to discover an unexpected addition to his family. An estranged younger sister shows up for a mother’s funeral,” she said.

Created by three of the “most vivid Irish writers” of the 20th century, Mocovit said, this play blends genres in an enjoyable way.

“Mixing comedy and drama, live theater and live music, this is an Irish theatrical happening to warm and cheer your February,” she said.

The cast, “an eclectic mix of people” from the area with various backgrounds in both community and professional theater, has been working on the play for four hours a week over the past five months, Moscovit said.

“We like to dig into the details of whatever piece we are working on,” she said of their extensive rehearsal schedule.

For more information on the play or Theatre Junction, visit its Facebook page.