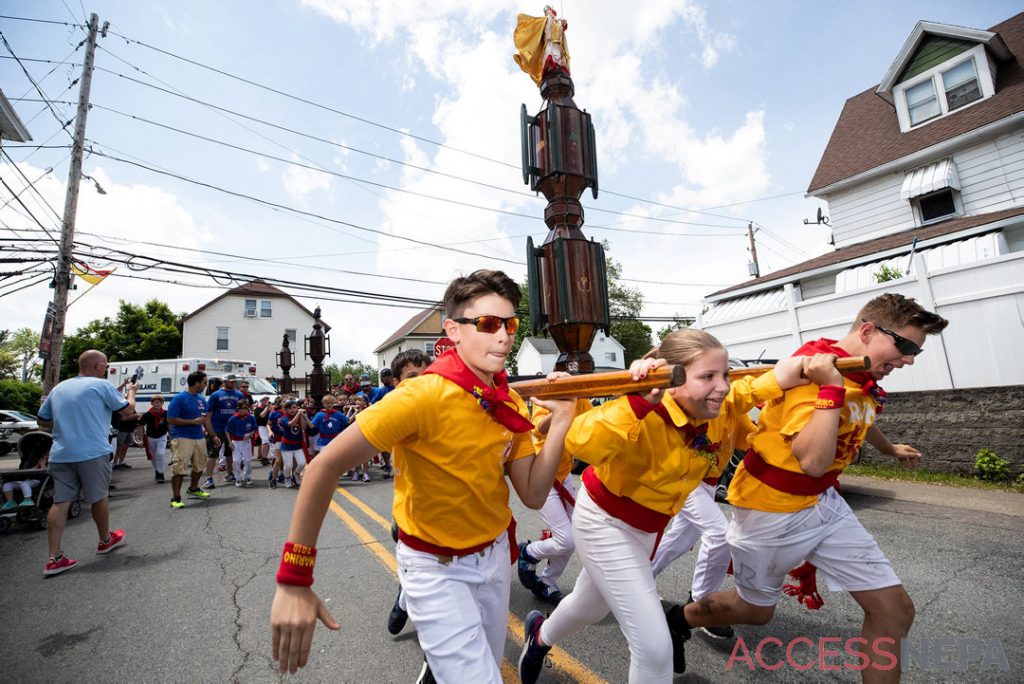 For first time in more than eight centuries, neither Jessup nor Gubbio, Italy, will celebrate St. Ubaldo Day.

The St. Ubaldo Society announced Thursday that the annual la Festa dei Ceri, which has teams of runners carry 400-pound statues through Jessup as 15,000 spectators look on, would not occur May 23 due to the COVID-19 pandemic.

Gubbio began the tradition to honor St. Ubaldo Baldassini around 1160, only canceling in 1916-18 and 1941 due to world wars, said society Vice President Michael Cappellini. During those years, Jessup carried on the tradition, which began in the borough in 1909, he said. The race stopped for periods of time in the borough but occurred annually since 2000.

Residents can celebrate by placing their flags outside their homes for the month of May.