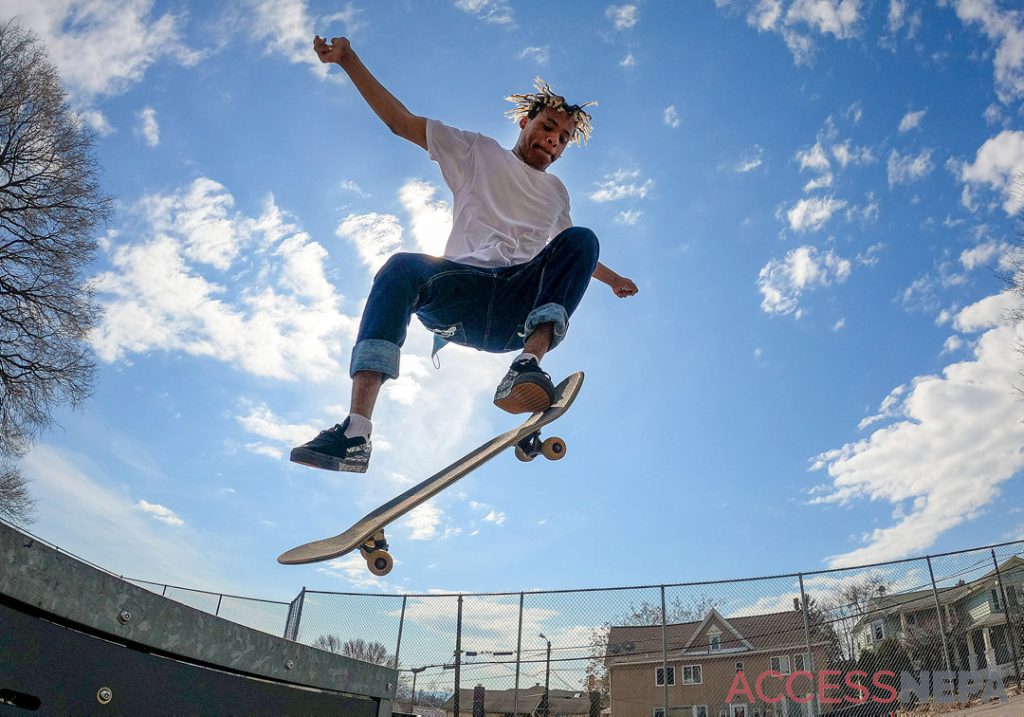 WILKES-BARRE — Plans are in the works for a professionally designed skate park in the city, as well as refurbished tennis and pickleball courts.

Mayor George Brown said on Tuesday he’s working with Charles Barber, executive director of the Luzerne Foundation, on an initiative to construct a skate park, most likely at the city’s Hollenback Park in the North End.

“It’ll be concrete, so it’ll be easy to clean and maintain, and the skaters and trick bikers will have a place to go that’s designed just for them,” Brown said. “They’ll be able to have tournaments there, and it will be right by the Cross-Valley (Expressway) and easy to get to.”

The notion of a skate park in the Wyoming Valley has been bantered about for years, with initiatives never quite taking off, but it’s one that has been on Brown’s radar since he took office last January. He and Barber started discussions about a year ago, but talks were postponed because of more pressing matters related to the coronavirus pandemic.

They plan to continue discussions Wednesday with some skateboard enthusiasts.

The topic of a skateboarding site in the city reemerged last week during a council work session when Councilman Mike Belusko pointed out that a makeshift skateboard area had been installed around tennis courts at Barney Farms Park in his South Wilkes-Barre district. Brown, who lives nearby, told Belusko he’s seen it and that the equipment would be removed.

During a visit to the park Tuesday, Brown pointed to steel pipes and rails that had been cemented into areas around the tennis courts, along with cinder blocks and wooden ramps that had been set up as well.

Brown said the equipment will be removed this week. He wants to have cracks on the courts sealed, the courts resurfaced and nets reinstalled. He also plans to have adjacent pickleball courts refurbished.

Skateboarders who were at the park Tuesday were skeptical that plans for a new park would come to fruition.

“We’ve been waiting for a skate park for so long, even if it’s built, I doubt it will be around … for my child to skate there,” said Jonathan Borthwick, 37, of Dallas.

“We’ll be too old to skate in the skate park by the time it’s built,” added Eric Yachera, 31, of Hazleton.

Tom Hopkins, 30, of Scranton, said he and his friends have been skating at the Barney Farms park for four years and this is the first time someone has complained.

“They’re going to take all this stuff out and there’s going to be nowhere for us to go again,” Hopkins said. “No one plays tennis anymore, so I don’t see what the big deal is putting in a DIY (do-it-yourself) skate park.

“Brad Weidlich, 28, of Wilkes-Barre, said both the DIY park at Barney Farms and the proposed park at Hollenback “have their features and perks. But something homebuilt like this will mean a lot more. I’m not saying a professionally designed park wouldn’t be nice, but we all came together and built this. It’s a passion. It’s a love.”

Hopkins said he sees no reason the two parks couldn’t co-exist, and all the skateboarders said they would like to offer input. 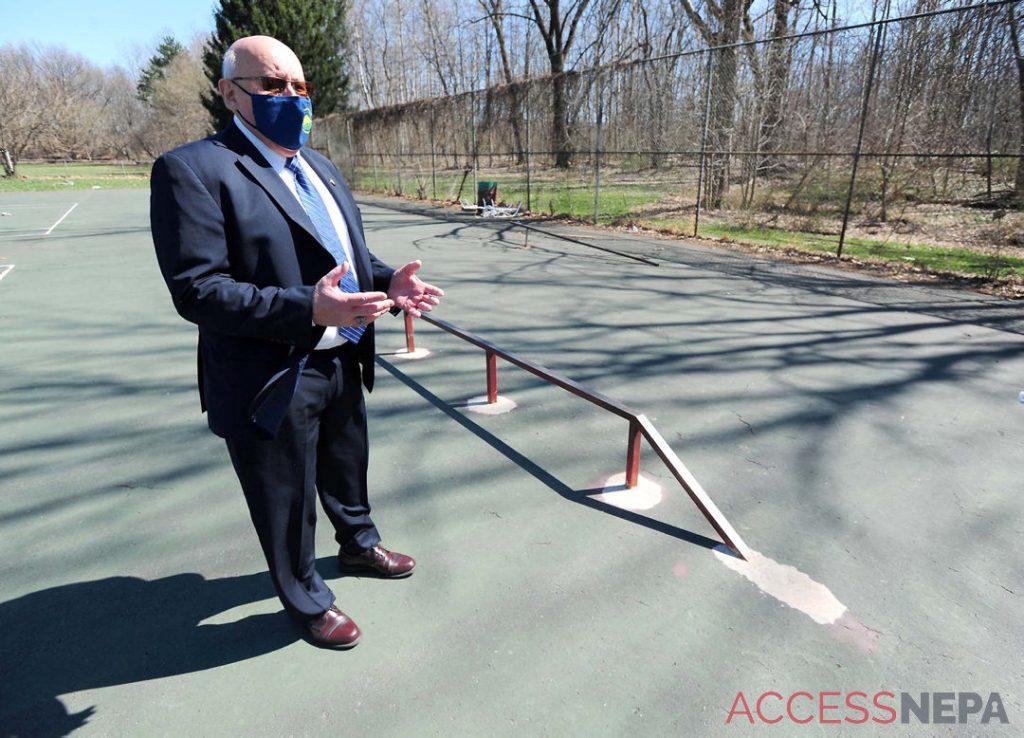 Barber thinks the project is “something we can accomplish in a reasonable period of time,” and “as the idea takes root, obviously we’re going to look for input from a broader spectrum of people.” But, he said, pursuing the project with “a more limited group makes it much more feasible and practical.”

“Previously, we had been working with the city and (Luzerne) County. There were too many chefs in the kitchen,” Barber said. “The city has the land, they have the insurance to cover liability and the wherewithal to push this forward. We’re excited by the prospect and Mayor Brown’s enthusiasm to improve the community is appreciated.”

Barber said he saw a “magnificent” skate park near a “one-stoplight town” while in Montana for a wedding in 2019, and he showed photos to Brown to stress that the project is realistic.

Barber said the project will be expensive, “something beyond what tax dollars can necessarily pay for.” But it could be eligible for grants, and donations through the foundation will be tax-deductible. He hopes businesses and philanthropists in the community will come through with cash, and contractors will offer time and materials for free or at reasonable costs.

“If we can get the proper awareness and proper promotion, I know that we can pull this off and create something special for our community that has been lacking for far too long,” Barber said.