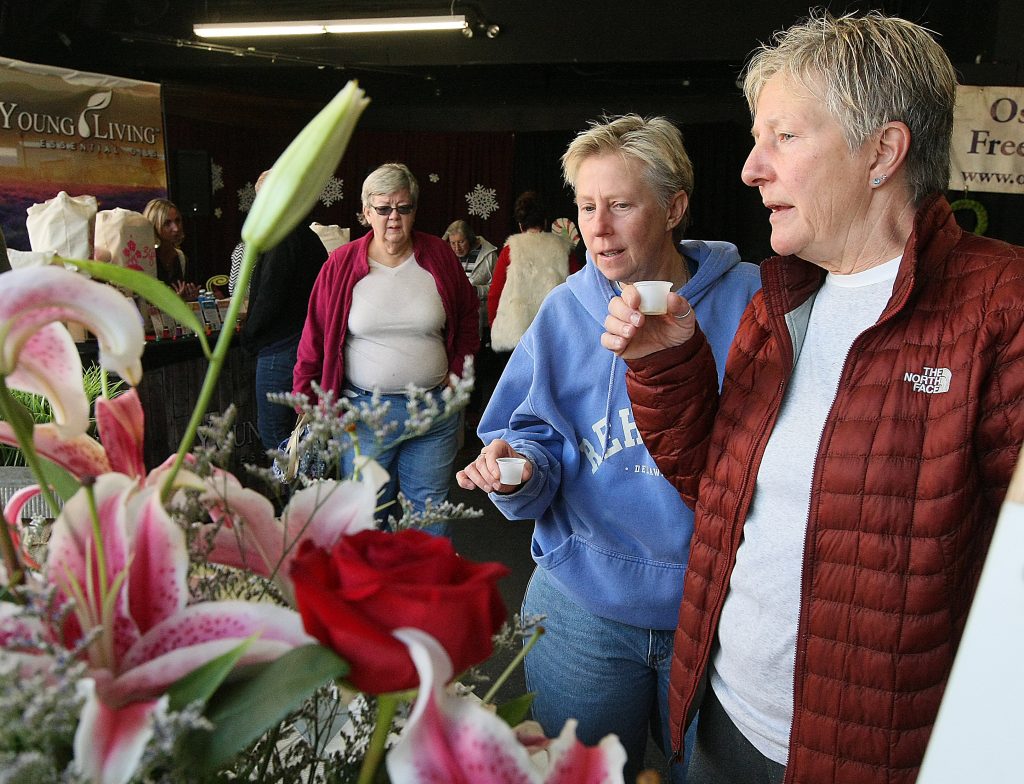 For the last two years, pop-up shops have opened for the holidays in Midtown Village but they won’t open this year, according to Larry Newman, executive director of the downtown management organization Diamond City Partnership.

This year, Lindsay Griffin, chief operating officer and vice president of the Greater Wilkes-Barre Chamber of Commerce, said they will kick off the 10th annual Small Business Saturday on Nov. 30 with a ribbon-cutting ceremony at 10 a.m. in front of Bee Hive Gift Shop at 41 S. Main St. in downtown Wilkes-Barre.

Plans for a new downtown holiday pop-up marketplace next year will be announced at that time.

Griffin said they want the holiday pop-up marketplace to be “bigger and better” next year. She said it isn’t finalized yet but they are shooting for Public Square as the location for the pop-up holiday marketplace next year.

“We’re going to change it up,” Newman said. “What excites me is the fact that people enjoyed the pop-ups enough that they want to see them continue.”

Insalaco Development Group, which owns the vacant storefronts in Midtown Village, did not charge vendors to rent space throughout the holiday season.

“We’re continuing to figure out how to make those shops as effective as possible and actually get the desired impact,” Newman said. “Our goal is to continue to have this program evolve and, if the goal is to activate different parts of downtown, we need to do that by moving it around.”

While pop-up shops won’t open on the 10th annual Small Business Saturday, the chamber, the Diamond City Partnership, the F.M. Kirby Center, the Downtown Wilkes-Barre Business Association and the City of Wilkes-Barre have a number of events planned that day.

The Bee Hive Gift Shop will be one of a number of businesses offering deals and discounts for Small Business Saturday that the Greater Wilkes-Barre Chamber of Commerce has been promoting.

Horse-drawn carriage rides will be offered 2 to 7 p.m. for $5 a person. All proceeds benefit Cori’s Place.

A live nativity featuring Moving River Ministries and animals from the Lands at Hillside Farms will be held from 3 to 7 p.m. Entertainment will be provided throughout the day.

More than 50 small businesses in downtown Wilkes-Barre and the Greater Wilkes-Barre area will offer special deals or discounts at their store locations.

Maps of all participating businesses and their deals for the day will be handed out at the old-fashioned holiday market.

For a list of participating “shop small” business and vendors, go to the Greater Wilkes-Barre Chamber’s Facebook page.

The entertainment schedule on Public Square in downtown Wilkes-Barre on Small Business Saturday on Nov. 30 includes: