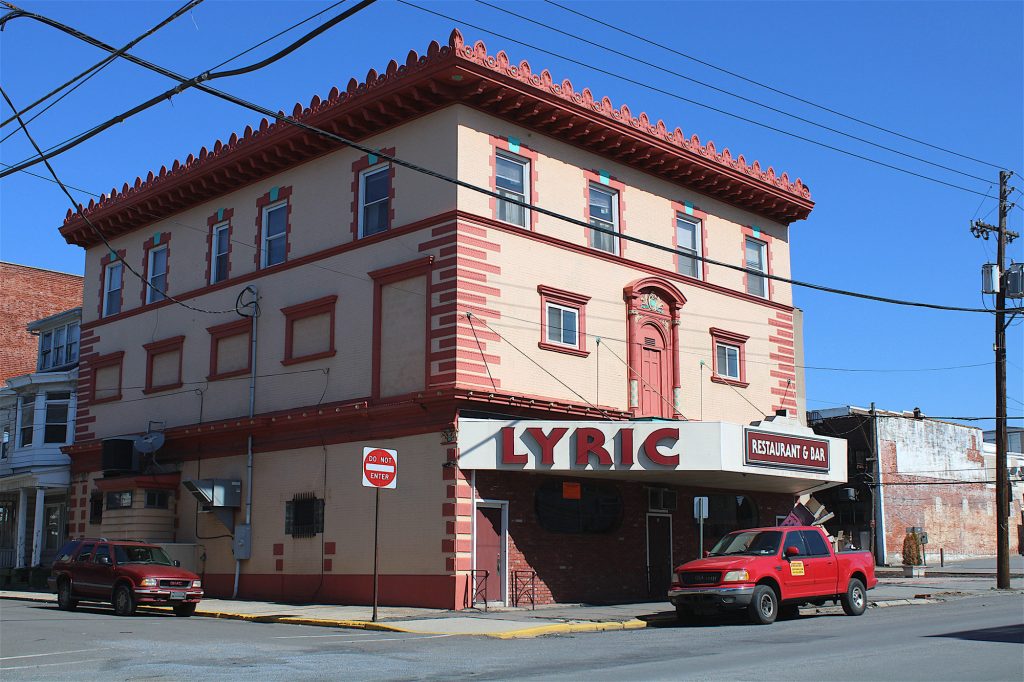 Lyric Restaurant in Shenandoah to reopen in the near future

A Shenandoah landmark called the Lyric Bar and Restaurant is preparing to reopen in the near future under a new owner.

Dwight Williams, of Philadelphi,a purchased the property about a month ago from owners John P. and Kathleen M. Phillips, who operated the business for many years, but has been closed for a few years.

The business at the northeast corner of Centre and Jardin streets is currently being remodeled and refreshed inside and will continue to have a restaurant side and a bar side.

The marquee front tells the story of the building being a movie theater called “The Lyric Theatre.” An old photo shows the building with the marquee and four sets of double doors for ingress and egress.

The theater seated 480 and opened around 1913 at the current location at 33 W. Centre St. and closed in the mid-1940s. According to the Schuylkill Parcel Locator, it was purchased in December 1945 by Edward Paskey, who converted the property into Paskey’s Restaurant. The property was purchased in 1977 by W.F. and L.E. Phillips Sr., and became part of the Phillips Trust in 1989. It became the property of John and Kathleen Phillips in 2000, according to the parcel locator.

On the Lyric Facebook pages, the Phillipses wished Williams the very best in saying, “I want to let everyone know that The Lyric has a new owner. His name is Dwight Williams! Wait until you see the wonderful changes he has done! We want to thank everyone for your support through the years! Some of our most fond memories happened there! We could not have done it without you. God Bless you all! Cheers to Dwight and his family for the success of the Lyric and may you gather all the fond memories that our family take with us.”

Williams has been returning to Shenandoah to work on the interior since the purchase. A business owner and operator in Philadelphia, he learned about the property being available and decided to reopen it.

Painting has been done inside the restaurant side. On the bar side that has the original bar, the old shuffleboard table has been removed to be replaced with tables and chairs. A new jukebox will also be installed.

The restaurant menu will look familiar to those who patronized the establishment when the Phillips operated it.

“There will be a few additions on the menu, but the menu is going to stay pretty much the same,” Williams said. “We will be open seven days a week and we plan to be open for breakfast.”

Williams states on his Facebook page that he is looking for waitresses, bartenders, kitchen staff and for the front desk. Message him for more information.