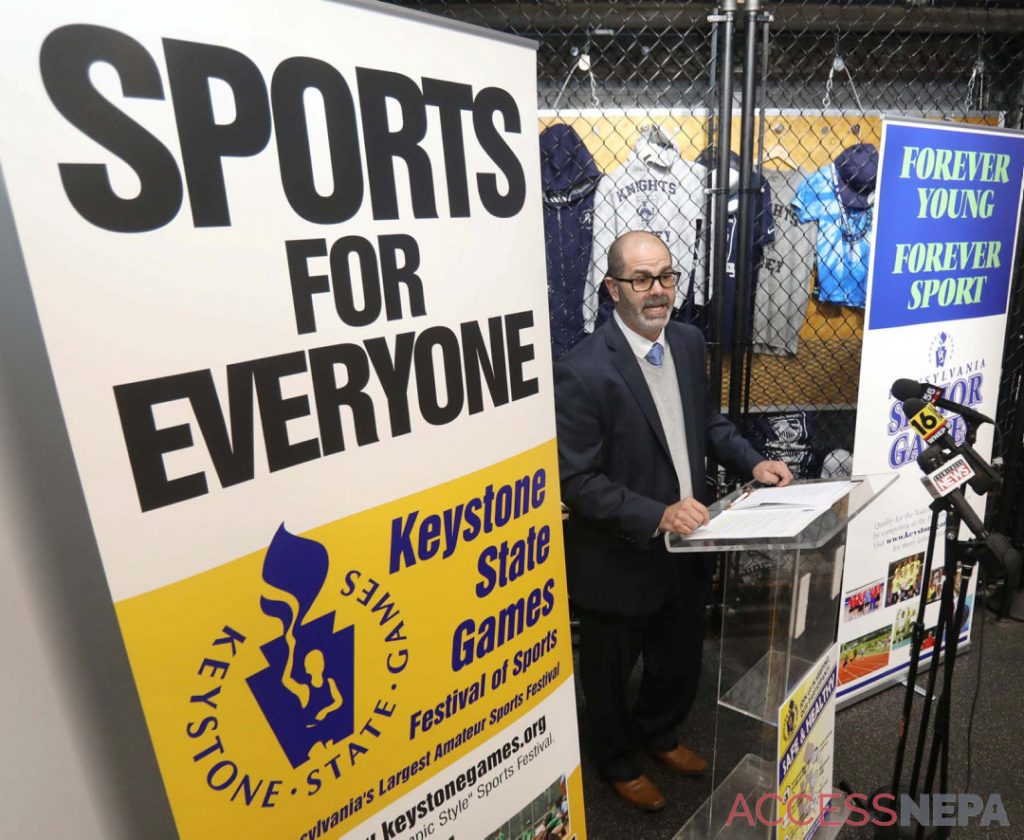 The executive director of the 39th Keystone Games said no matter what role he’s had within the Games, he’s always made it a point to watch the championship game. After last year’s Games were canceled because of the COVID-19 pandemic, Costello is very excited for the event’s return this summer.

“My wife was a field hockey coach, so we’re a big field hockey family,” Costello said. “My kids play field hockey. This is really special for me to be able to come back and bring (the Games) back here to Luzerne County.”

The majority of the Games, modeled after the Olympics, will be held for the third time in Luzerne County. When the 2020 games were canceled last June, organizers said they immediately began planning for 2021.

Between July 29 and Aug. 1, more than 300 athletes ranging in ages from 5 to 99 will compete in more than 500 events for their chance to advance to the 2022 State Games of America in Des Moines, Iowa. Although the bulk of the events will take place over those three days, the gymnastics competition already took place, and the figure skating championships are May 8-9 at Revolution Ice Centre in Pittston.

With the pandemic still lurking, Costello said Games officials are working with both Geisinger and each facility they will use for the events to make sure they are adhering to safety protocols. Costello said each facility and sport governing body has its own safety guidelines, and Games officials aren’t planning any of the usual extra activities to go along with the Games.

Costello said the Games will not offer swimming and wrestling because the personnel needed wouldn’t meet the safety requirements. However, that could change depending on updated state guidance.

A benefit to hosting the games again in Luzerne County, KSG President John Wetterau said, is that they already knew the area. Because Games officials are trying err on the side of caution, most of the events will take place outdoors.

“Luzerne County really is a diamond in the rough from an example of facilities,” Costello said. “We can be very spread out. We’re using pretty much every corner of Luzerne County, from the very southern part of Luzerne County in Hazleton to our very northern tier and coming up kind of into the Scranton area.”

Luzerne County Executive Director Ted Wampole said the Games are once more an opportunity for economic stimulation. With the amount of people flooding into the area, there will be increased revenue through hotel reservations, food establishments and other things to do in the area.

The Games will honor Paul Hershey at the Keystone Classic Captain-and-Crew Golf Tournament on July 26 at the Wyoming Valley Country Club. Hershey, an accomplished athlete and an official, served as the volleyball coordinator for the Pennsylvania Senior Games from 1993-2001.

Games officials said Luzerne County will also play host to the KSG in 2022, with possibly a bigger “senior games” event. Officials also announced Pittsburgh as the host city for the 2023 National Senior Games for the second time in the event’s history.

“I think people are looking to do something,” Wetterau said. “And I think we’re going to be a big venue for people to be able to participate in any event.”