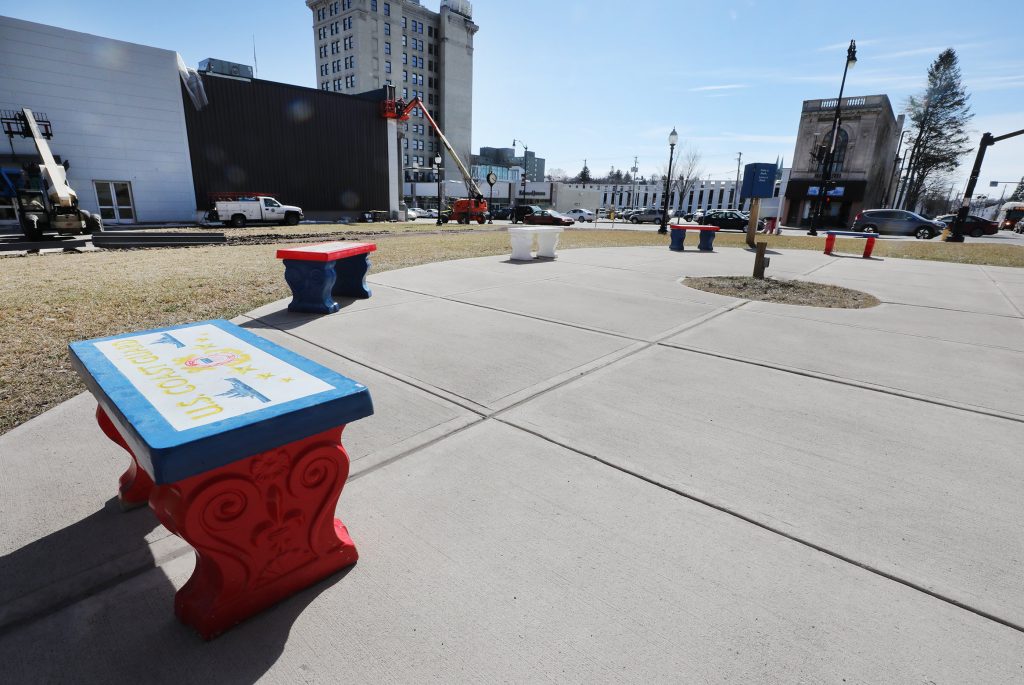 A park at Laurel and Broad streets in downtown Hazleton will have a new look when more than $786,000 in improvements get underway later this year, project organizers said.

City council recently awarded a $786,650 contract to Champion Builders, Kingston, for the second phase of improvements at CAN DO Community Park.

Downtown Hazleton Alliance for Progress teamed with CAN DO, the CAN DO Community Foundation, the city and other stakeholders when securing grants and private donations for the park project, which they say is key to ongoing revitalization of the downtown.

The work scope includes the second phase of improvements, including construction of a brick plaza and sidewalks, as well as landscaping, lighting, electrical, plumbing and stormwater infrastructure improvements.

Construction could begin in April and continue through the end of summer, said Krista Schneider, executive director of the downtown alliance.

Officials scaled back the original work scope to get costs in line with funding sources, Schneider said.

Some of those changes will alter an architectural rendering that was released in May 2019, when community stakeholders announced that CAN DO and its community foundation secured naming rights.

At the time, the organizations each pledged $25,000 for completing park renovations and entered and agreed to maintain the park for 50 years.

Brick coping with decorative fencing will secure the plaza and extend toward the back of the park, near Spruce Street. 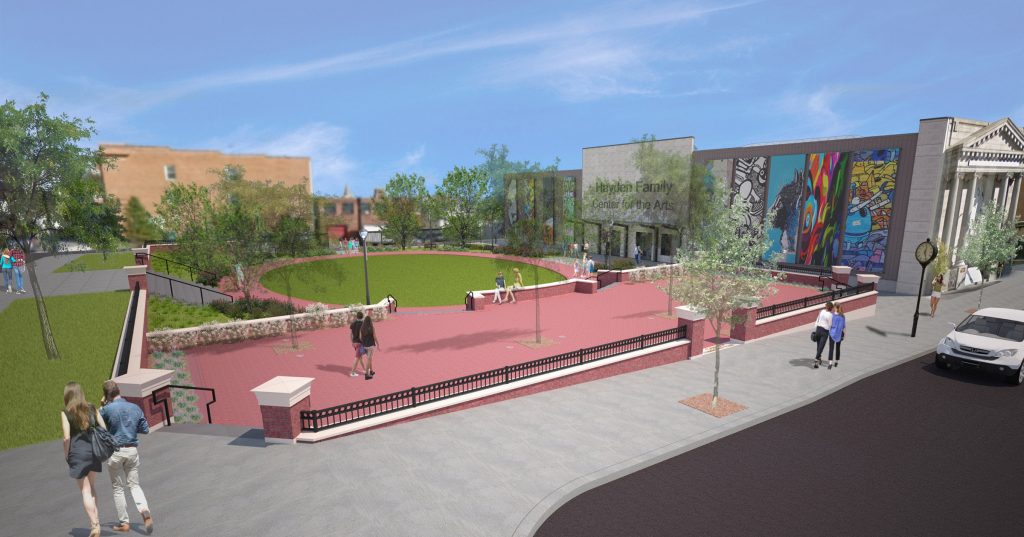 This artist’s rendering shows a proposed look for Center City Park in Hazleton, which is considering putting a large amount of grant money into the property.

The brick wall and stairway on the Laurel Street side will be built in a future phase, she said.

Project organizers secured about a half-dozen state grants, as well as private donations from CAN DO and its community foundation, to pay for the work.

The original work scope was pared down after costs exceeded budget, but CAN DO President Kevin O’Donnell said that the economic development organization and its community foundation stepped up with larger contributions.

“Things are coming along very well at this point,” O’Donnell said. “Both CAN DO and the CAN DO Community Foundation stepped up and threw additional funds into the pot. We still have a very meaningful project taking place.”

O’Donnell envisions the completed park as a place for college students, people who work in the downtown and the public to study or relax.

Community stakeholders who unveiled the park project last year said that it will complement initiatives to repurpose older buildings.

Those projects include an Irish-style pub called Broad and Barrel eyed for the former Remember When building, work to convert the former Security Savings building into Hayden Family Center for the Arts and a partnership that promotes entrepreneurship at the Hazleton LaunchBox, 13-15 W. Broad St.

Those efforts have been coming together over the last few years,” O’Donnell said.

“The whole block has a whole new face,” he said. “It shows you what can be done when people work together.”

Work completed during the first phase of the project generally cleaned the site after the former Leader Store was demolished.