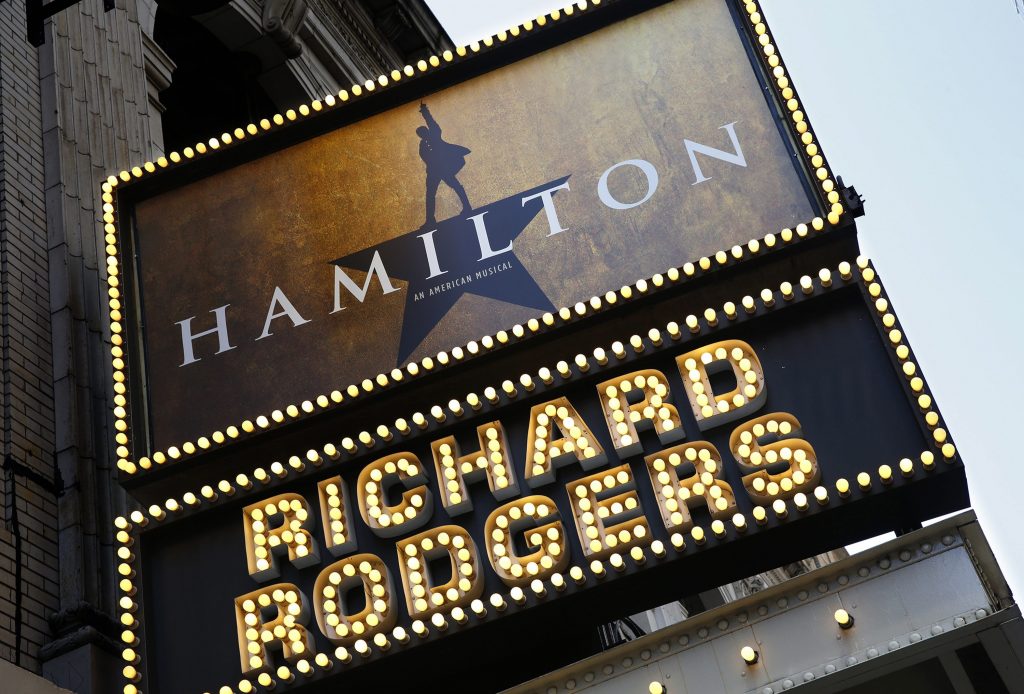 “Hamilton” is coming to the big screen.

Lin-Manuel Miranda, creator of the smash Broadway, hit announced today on Twitter that a recording of the musical featuring the original Broadway cast that was filmed at the Richard Rodgers Theatre in New York City will be shown in cinemas starting Oct. 15, 2021. The show will be presented by Disney.

In the meantime, the musical about the life and death of Alexander Hamilton continues its successful run on Broadway and on tour.

Disney presents:
Hamilton.
With The Original Broadway Cast.
Filmed onstage at The Richard Rodgers Theatre.
In A Theater Near You.
October 15, 2021.#Hamilfilm pic.twitter.com/z4ohfWXzi3