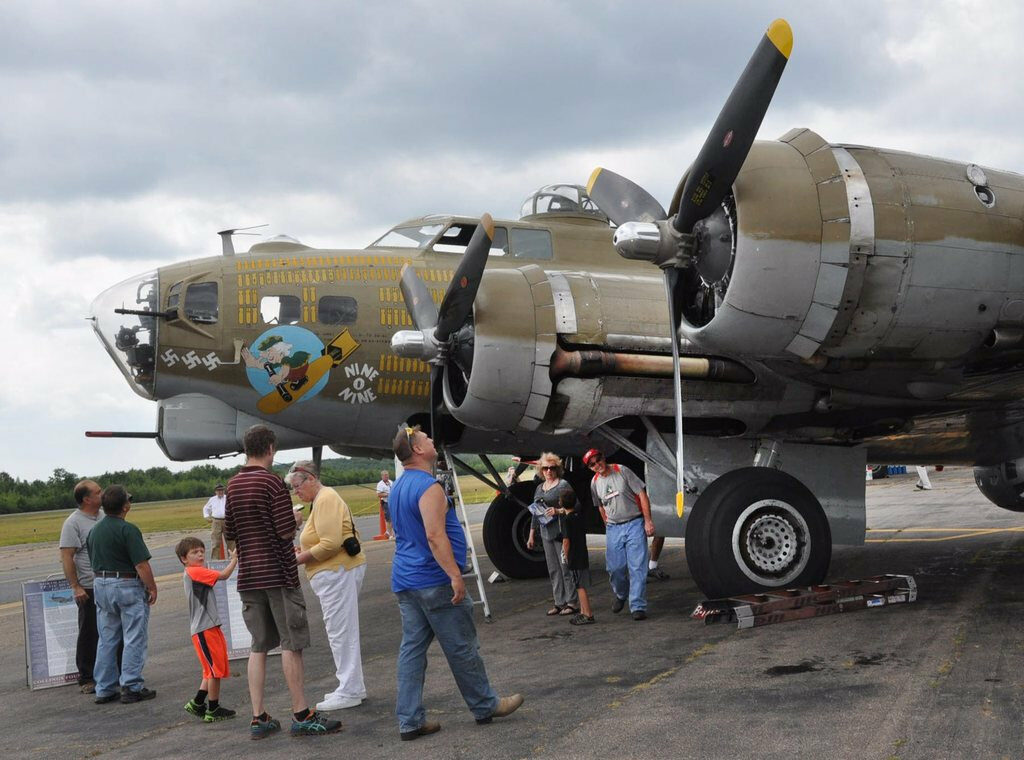 The Collings Foundation’s Wings of Freedom Tour will touch down at the Hazleton Regional Airport later this month.

The tour has brought World War II aircraft to the area in previous years, but this year, it is flying in a new addition.

The legendary Curtiss P-40 Warhawk — nicknamed “Jaws” — is an extremely rare fighter plane and is best known for its role in the Flying Tigers. The all-volunteer group of American pilots were recruited to fight the Japanese in Burma and China during 1941-42. The pilots flew supplies, provided air cover for the Burma Road and fought the Japanese over China.

“Jaws” will land at the airport around noon Aug. 19 along with other fighter and bomber crafts. Finishing the lineup are the World War II vintage Boeing B-17 Flying Fortress “Nine O Nine,” Consolidated B-24 Liberator “Witchcraft,” North American B-25 Mitchell “Tondelayo” and North American P-51 Mustang “Toulouse Nuts.”

The planes will be on display until around noon Aug. 21 and will offer visitors a rare opportunity to visit, explore and learn more about rare treasures of aviation history.

The B-17, B-25 and B-24 were the backbone of the American effort during the war from 1942 to 1945 and were famous for their ability to sustain damage and still accomplish missions. Despite the risks of anti-aircraft fire, attacking enemy fighters and sub-zero temperatures, many B-17s and B-24s safely brought their crews home. The P-51 Mustang was affectionately known as the bomber’s “Little Friend,” saving countless crews from attacking Axis fighters. After the war, many aircraft were scrapped for their raw aluminum which was used to rebuild the nation in post-war prosperity. Therefore, very few were spared.

For example, the B-17 is one of only nine in flying condition in the United States and the B-24 is the sole remaining example of its type flying in the world. The B-25 is best known for being used in the daring Doolittle raid, an air raid of Toyko during World War II. And the P-51 Mustang was awarded the prestigious Grand Champion award for restoration.

The Collings Foundation is a nonprofit educational foundation devoted to organizing “living history” events that allow people to learn more about their heritage and history through direct participation.

The Wings of Freedom Tour is celebrating its 30th year and visits an average of 110 cities in more than 35 states annually. Since its start, tens of millions of people have attended.

At each location, the foundation encourages local veterans and their families to visit and share their experiences and stories with the public.