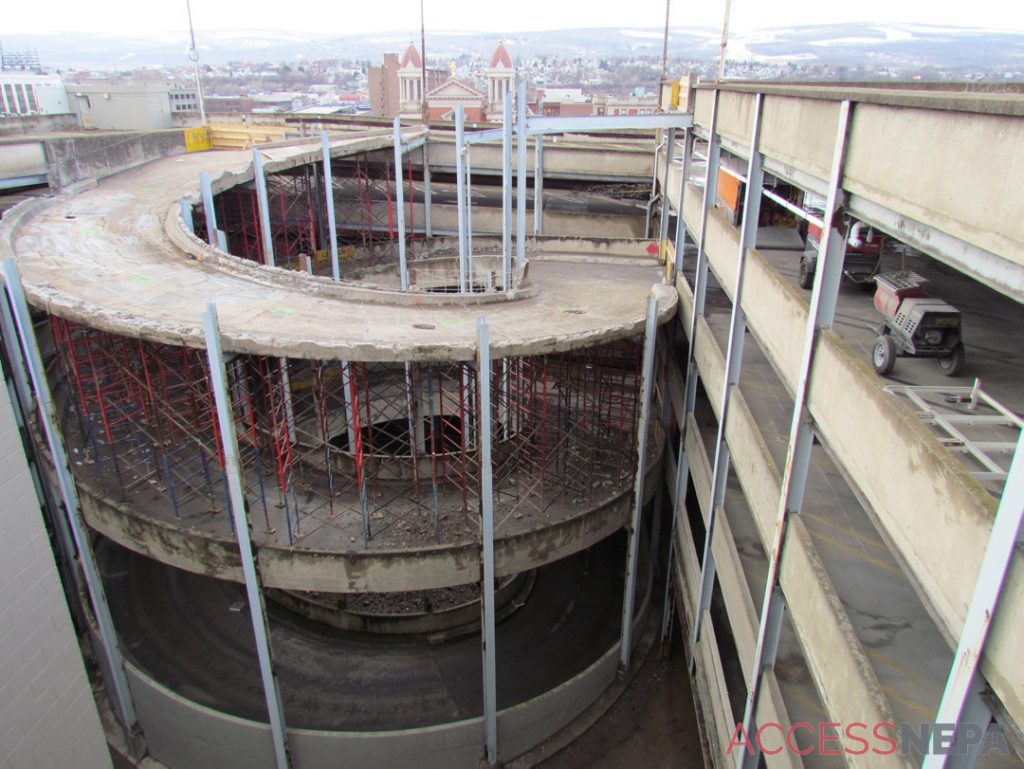 The outside operator of the city’s parking system plans to install charging stations for electric vehicles in four parking garages downtown — Casey, Connell, Linden and Medallion.

The Scranton Parking Authority on Tuesday gave approval to the operator, the nonprofit National Development Council, to apply for $36,000 in state funding to pay for half of the cost of four charging stations.

NDC aims to install one “Level 2” charging station in each of the four garages. Level 2 refers to charging capacity.

In comparison, a home recharge could take about 10-12 hours, he said.

Each charging station would have two portals, with each able to recharge two vehicles at once.

The company can seek a grant/rebate of up to $9,000 per charging station, he said.

Once charging stations are installed, their locations would get promoted online by the installation company and federal government, Sweet said.

Long-distance travelers in electric vehicles on interstate highways needing a recharge would find Scranton as an option. The hope is that they would stop downtown, recharge in a parking garage and patronize local businesses during their waits, he said. Other visitors staying in local hotels also may use the charging stations.

“It’s electric charging in the Electric City,” Sweet said. “It’s a point of destination. This is a nexus of so many interchanges and interstates.”

Downtown workers also may use the stations. If charging stations in parking garages are successful, NDC may consider installing some on streets, Sweet said.

SPA Chairman James Wintermantel said, “It’s a start. They (NDC) want to see how this works out. If it’s successful, we’ll see where it goes.”

It’s not known how long the grant application process may take. NDC uses another firm, ABM Parking, to run and manage the parking system.

The grant rebate program stems from Pennsylvania getting $118.5 million from a settlement in 2017 between the U.S. Environmental Protection Agency and automaker Volkswagen for its cheating on emissions tests. Driving PA Forward promotes clean transportation projects to reduce nitrogen oxides emissions, an ingredient in smog and air pollution.

Modern electric vehicles are a throwback.

Scranton’s Electric City nickname comes from the 1880s, when the city boasted having the first electric street cars in the nation.

“The first street car system in the U.S. built entirely for operation by electric power was at Scranton. It began operation on Nov. 30, 1886. The initial run was between central Scranton and Green Ridge section,” according to a Pennsylvania Historical and Museum Commission sign at the Lackawanna County Courthouse square.