Visiting the site of the worst nuclear disaster in history doesn’t exactly call for a smiley selfie or a sexy photo shoot.

Still, after a viral (if misleading) tweet including Instagram photos taken in the area, Craig Mazin, creator of the new HBO series “Chernobyl,” has urged visitors to remain respectful.

“It’s wonderful that #ChernobylHBO has inspired a wave of tourism to the Zone of Exclusion,” Mazin tweeted on Tuesday. “But yes, I’ve seen the photos going around.

“If you visit, please remember that a terrible tragedy occurred there,” he continued. “Comport yourselves with respect for all who suffered and sacrificed.”

Mazin tweeted the reminder when a tweet about “Instagram influencers flocking to the site of the disaster” went viral over the weekend, collecting more than 40,000 likes due to the perceived dissonance of the tragic event and the seemingly tone-deaf photos taken there.

It’s wonderful that #ChernobylHBO has inspired a wave of tourism to the Zone of Exclusion. But yes, I’ve seen the photos going around.

If you visit, please remember that a terrible tragedy occurred there. Comport yourselves with respect for all who suffered and sacrificed.

HBO’s “Chernobyl” chronicles the events surrounding the 1986 explosion of the titular nuclear power plant in the Northern Ukraine region of Pripyat. Though the explosion is recorded as killing 31 people, millions were exposed to its life-threatening radiation levels.

The final installment of the five-part miniseries, with an ensemble cast led by Jared Harris and Stellan Skarsgård, aired last week.

“[The series] is not a horror show,” wrote Times critic Lorraine Ali. “It’s a suspenseful, tragic and illuminating drama about government corruption, systemic incompetence and the unyielding will of the people to drag their country back from the brink of ruin as they have done time and time again after coups, wars, fallen regimes, invasions, famine and more.” 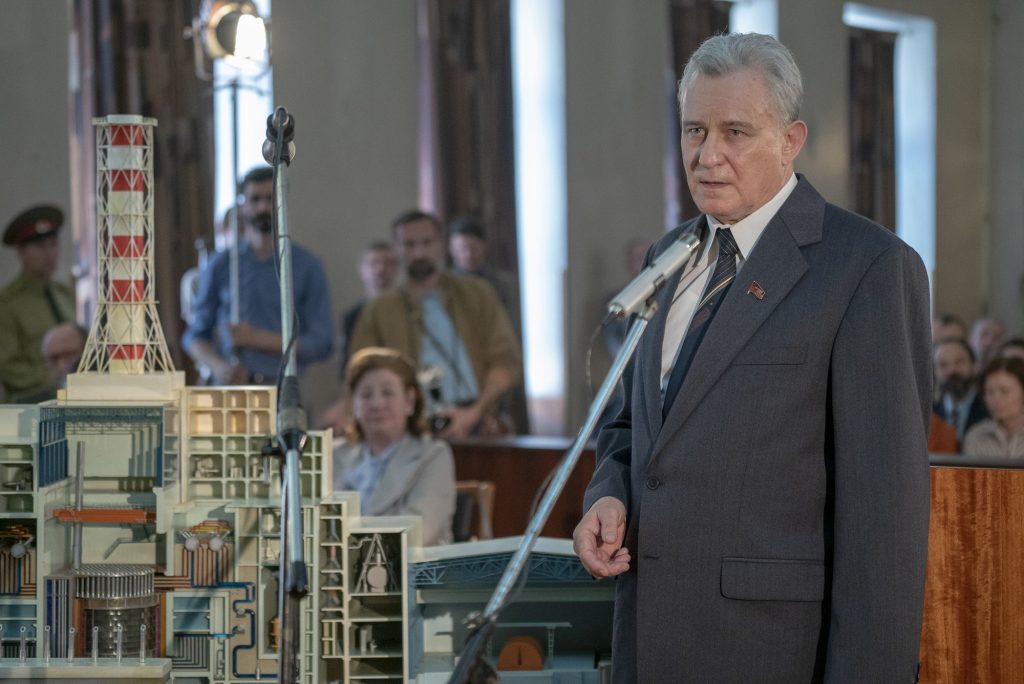 It’s common for shooting locations and settings of hit films and TV shows to see a post-release rise in tourism: Fans flocked to Albuquerque because of “Breaking Bad,” numerous women booked trips to Bali after watching “Eat Pray Love,” and viewers are visiting Santa Cruz this summer thanks to “Us.”

Since the series began airing in May, the site’s bookings have seen an uptick of 30% from the previous year. And while many tours have explored the abandoned town of Pripyat since its reopening in 2011, one is now advertised as an HBO-themed attraction that allows visitors to “ride in an armored patrol vehicle” and eat “a real lunch of power plant employees.”

Mazin piped up in response to a viral tweet with Instagram photos in which visitors are leaning against a damaged school bus, testing the area’s radiation levels and even posing topless in an unzipped hazmat suit.

At first glance, it seems to be another unofficial installment of Selfies at Serious Places, as similarly questionable photos have been taken at Holocaust memorial sites, New York’s Ground Zero and even at the site of an attempted suicide.

However, the Atlantic’s Taylor Lorenz pointed out the tweet’s inaccuracies — only two of four photos belongs to a social media influencer, and some of the cropped-out captions actually discuss the tragedy — and wrote about the changing norms of Instagram posts, including those with solemn sentiments.

“Ultimately, ‘plandids’ from Chernobyl say less about any imagined wave of rude influencers ‘flocking’ to the site, and more about the shifting norms around how people document their lives and experiences on Instagram,” she explained. “While some critics might still view the posts as distasteful and insensitive, most of these users are all trying to say the same thing: ‘I was here.'”