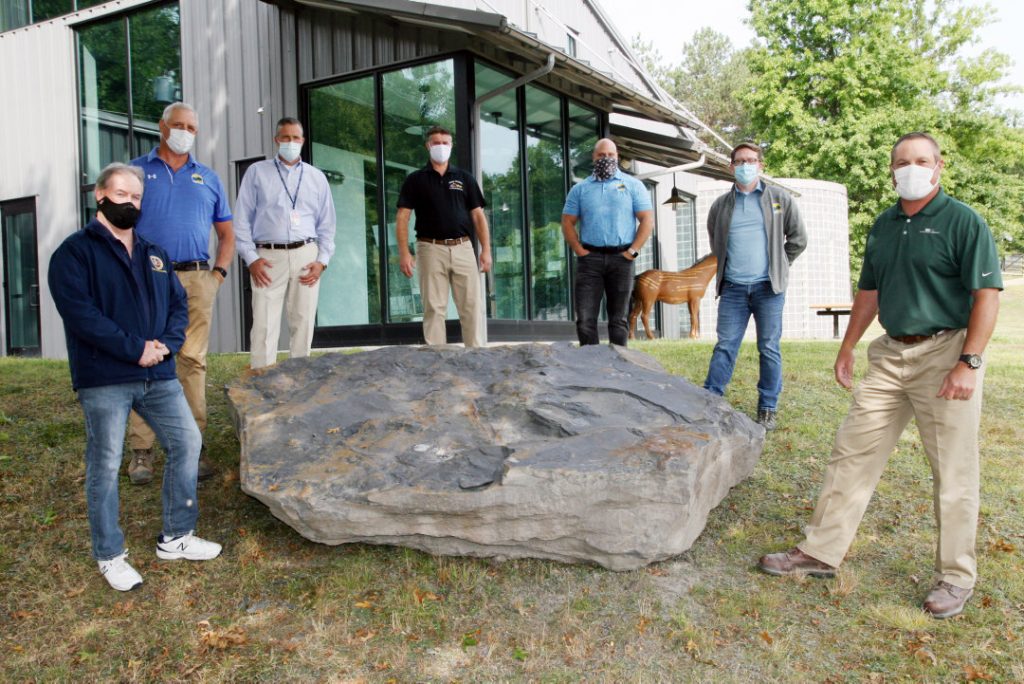 Boulders with fossils donated to Lackawanna County Coal Mine Tour

Waste Management’s Alliance Landfill has given two boulders that each weigh about two tons and contain visible fossils to the Lackawanna County Coal Mine Tour in McDade Park, Scranton, the county announced today.

Glenn Kempa, manager of the Taylor landfill, said a team working there found the rocks during earthwork, according to a county press release.

“The team working on our site spotted these fossils during excavation,” Kempa said in a statement. “We decided to see if we could make these available for the public to see.”

Images of ferns and tree branches dating from about 300 million years ago are visible on the boulders.

Latona Trucking & Excavation of Pittston donated its services to move the boulders from the landfill to the park.

“We are very grateful for the donation of the two large boulders from Waste Management’s Alliance Landfill. The Coal Mine at McDade Park is the perfect location for these two pieces. The embedded fossil imprints on these boulders will certainly something of interest for everyone to see for years to come,” Lackawanna County Commissioner Chris Chermak said in a statement.

According to the county, Alliance Consulting Engineer and Project Manager Rob Sochvoka of ARM Group LLC believes the fossils come from the Llewellyn formation, a layer of shale and sandstone situated between coal seams. The state “is one of the few places where highly detailed, and sometimes appearing white or yellow, fossilized plants can be found in contrasting black shale,” the county noted. 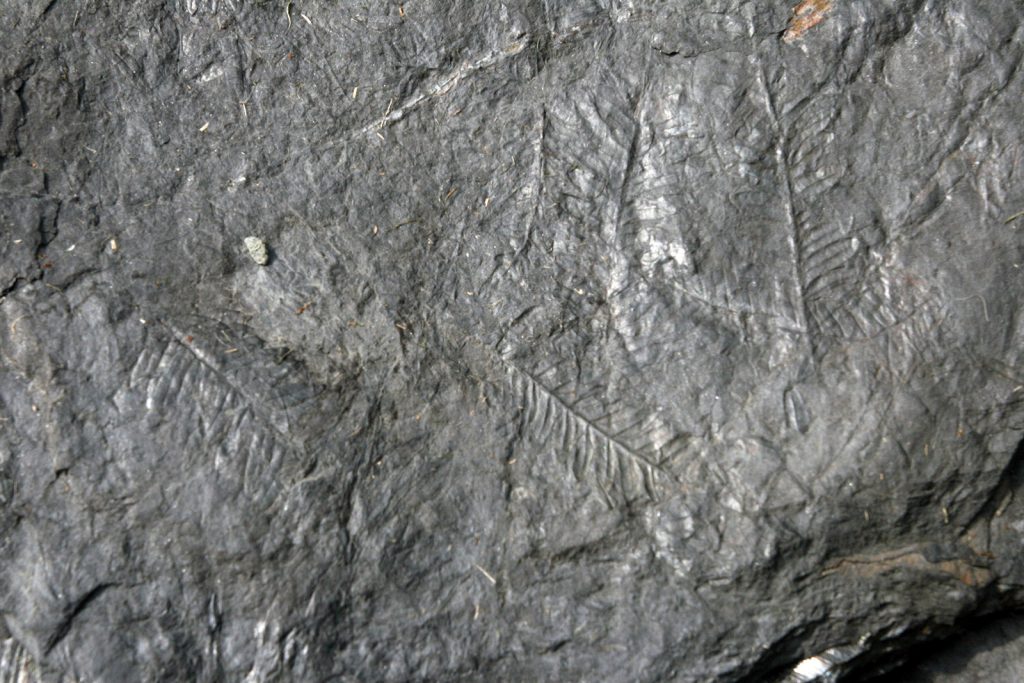 “These fossils were formed in the Paleozoic Era of the Carboniferous Period,” Sochovka said in a statement. “During this period, the earth’s climate was much warmer and humid, allowing large trees and ferns to grow. The abundant amount of plant life increased oxygen levels higher than they are today. When the huge trees and ferns died, they fell into waters with little
to no bacteria to help them decompose.

“The accumulation of dead plant life formed large peat bogs. Eventually, with the repeated depositions of sand, silts and clay over these peat bogs and the weight and pressure of these deposits, the peat bogs turned into coal.”