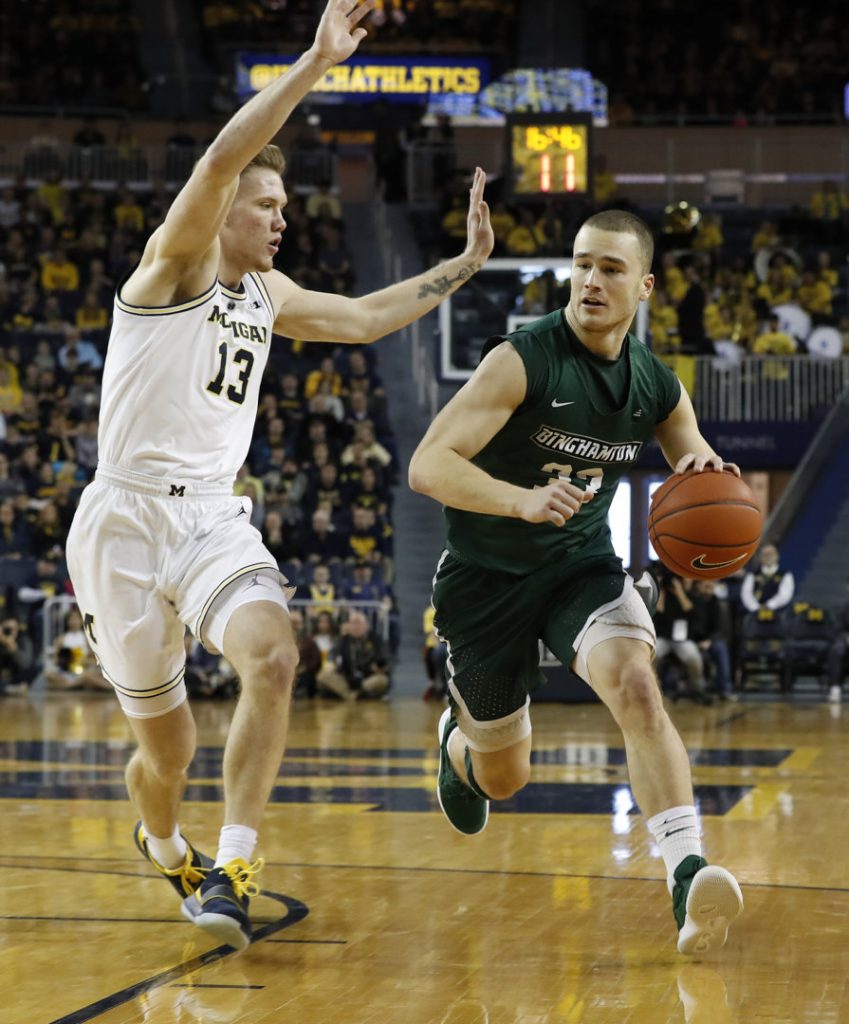 JC Show is pursuing his dream.

After a year of rehabilitating from surgery, the former Abington Heights and Binghamton University standout signed a contract to play professional basketball. He and his wife, Callie, are departing today for Omaha, Nebraska, where he will play in The Basketball League.

“I am stoked,” Show, 25, said. “I am ready to compete. I have been working hard to be ready whenever I got a call, and that call came over the weekend. This is a small step that I am eagerly looking forward to take in pursuit of playing professional basketball.”

Show started his collegiate career at Bucknell University and averaged 6.7 points per game as a freshman for a team that qualified for the National Invitational Tournament. However, he also battled plantar fasciitis.

Show transferred to Binghamton University, where he would play 110 games, starting 77 of them. He scored 1,200 points, had 331 rebounds and 145 assists and graduated with a bachelor’s degree in human development and master’s degree in public administration.

After his collegiate career ended in 2019, Show signed with an agent. But an Achilles injury nagged at him and he had surgery in early March 2020, days ahead of the start of the coronavirus pandemic.

“In June of that year (2019), my agent flew me out to Sacramento, California to workout and I played in a Pro-Am, which was a fun experience,” Show said. “Came home from that in July and my Achilles was bothering me. I tried therapy and treatment, because I tried to get into the G-League for the 2019-20 season. But, ultimately, I was compromised with my health. I wanted to learn from the mistake I made in college of trying to fight and play through an injury.

While recovering, Show coached basketball at Riverfront Sports, and also continued to get bigger and stronger. Once cleared in January, he started to play pick-up games.

When the opportunity to play professionally presented itself, he felt healthy and eager to compete, again.

“This is a dream that I have had since I was a little kid,” Show said. “I have a wife and this is a family decision, which she has been super supportive. I spent two years not playing competitive basketball with hopes that I would get healthy and get a chance. I feel I have my best basketball ahead of me. If nothing else, I can be an encouragement to others who have had a lot of adversity in their sports lives.

“I am going to pursue this with everything I have until led otherwise. I take my relationship with God seriously, my wife and I have been praying for an opportunity. Here is my chance and I plan to make the most of it and I believe in myself.”