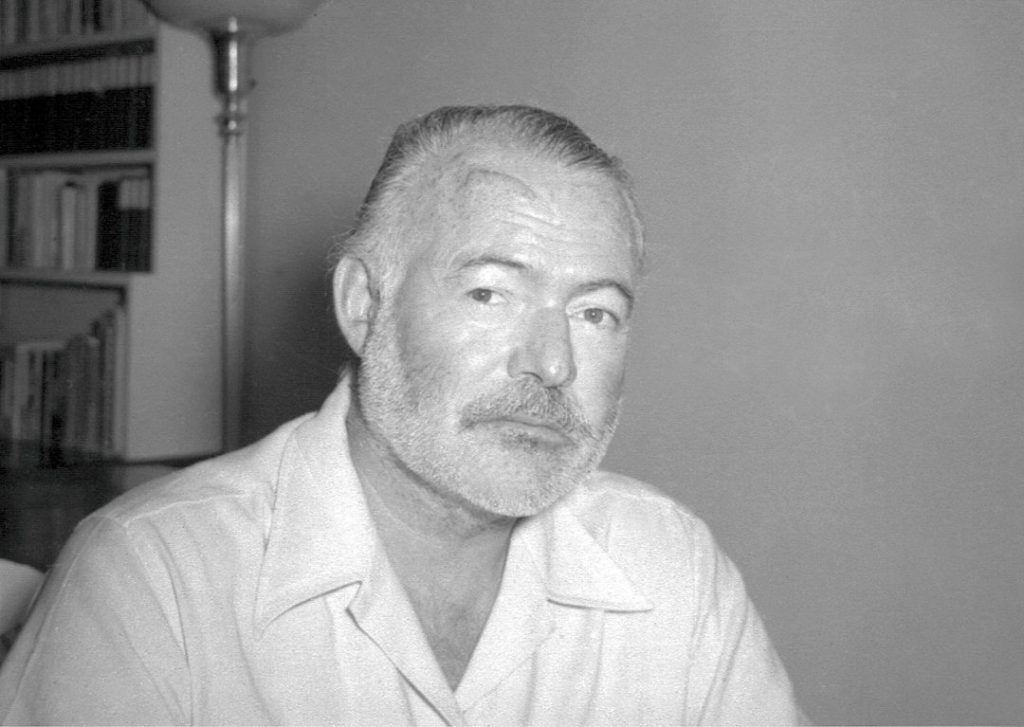 Tunkhannock Public Library and the Dietrich Theater have invited the public to read Ernest Hemingway’s “The Old Man and the Sea” and “A Farewell to Arms” as part of this year’s Wyoming County Reads project, sponsored by the Wyoming County commissioners’ office.

Patrons can borrow copies of the books from the library, 220 W. Tioga St.; take part in free Zoom book discussions facilitated by Bill Chapla; and see the acclaimed film adaptations of both books for free at the theater, 60 E. Tioga St., Tunkhannock.

“Both books relate poignantly to our world today,” Chapla said. “‘The Old Man and the Sea,’ a classic from our high school days, is a quick read but long in discussion. Hemingway’s simplicity of style and complexity of context is evident in this work. Not only is this novel a fable of the spirit of man, but it is also a religious parable. ‘A Farewell to Arms,’ a modern day Greek tragedy, is a realistic depiction of the disillusions of war and how true relationships are made difficult in a fractured world which is what we have now.”

This is the 17th year the library and theater have partnered on the project. When choosing the books and movies for Wyoming County Reads each year, they look for acclaimed books and films. Hemingway received the Pulitzer Prize for “The Old Man and the Sea,” and the book contributed to his selection for the Nobel Prize in Literature in 1954. The 1958 film version of the novel starring Spencer Tracy won an Oscar, while the 1932 film “A Farewell to Arms,” starring Helen Hayes and Gary Cooper, earned two Oscars.

The impetus for this year’s selection, however, came from WVIA. On Monday, April 5, Ken Burns and Lynn Novick’s three-part, six-hour documentary “Hemingway” will premiere on the PBS station.

“After learning about the Hemingway documentary from Chris Norton of WVIA, it seemed like the perfect pick,” said Erica Rogler, Dietrich Theater executive Ddirector. “We had never read an Ernest Hemingway novel as part of Wyoming County Reads even though he is viewed as one of the most influential and iconic American 20th-century authors, and to have the opportunity to learn about this complex man and his work from a Ken Burns’ documentary, well, it just doesn’t get better than that.”

To register for the Zoom book discussions, call the Dietrich at 570-836-1022, ext. 3. Free tickets to the movie showings are limited and can be picked up at the Dietrich’s ticket booth or reserved by calling the above number.

The Dietrich is following CDC guidelines for mask-wearing and social distancing. Face masks are required to enter the theater and must be worn at all times when navigating the theater. Once seated in a socially distanced seat, guests can remove their masks to enjoy concession items.

The public is welcome to participate in one or all parts of this year’s Wyoming County Reads programs, which include: