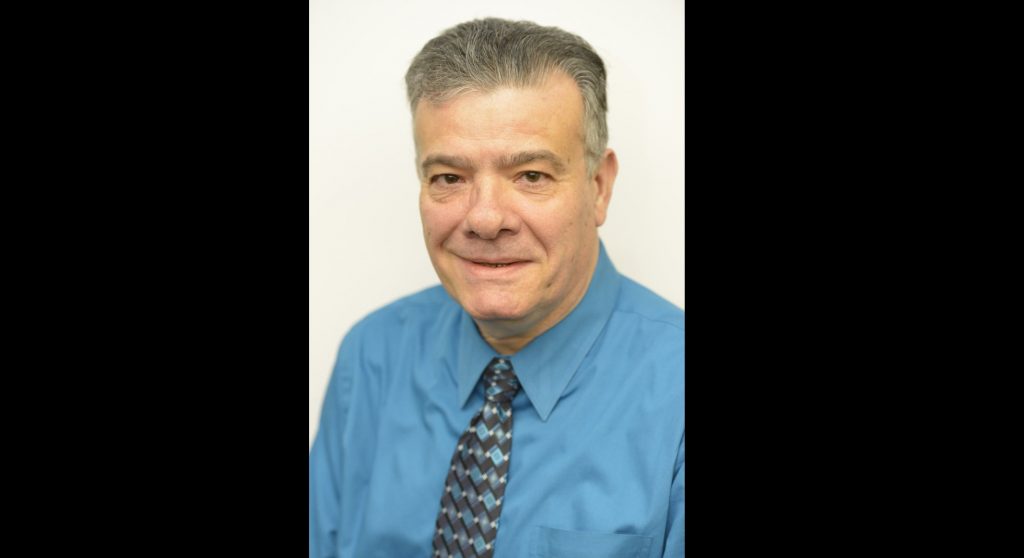 With renewed interest in 1918 pandemic, turn to NEPA-focused book

When Martin Novak began working on his latest book, he may as well have been writing about ancient history.

The Spanish flu, which killed tens of millions of people, happened more than 100 years ago.

The coronavirus has spurred a renewed interest in the outbreak, however, and insight about its local impact can be found in Novak’s exhaustively researched book, “Spanish Influenza in the Wyoming Valley: The Human Cost of the 1918 Influenza Pandemic.”

“I believe it was devastating for the Wyoming Valley,” Novak said. “The statistics bear it out that Pennsylvania was one of the hardest-hit states in the country. Part of that was probably due to the heavy manufacturing in Pennsylvania. There was coal mining, iron works, garment factories, silk-making factories, dress factories — all places where people were within close quarters of one another, which afforded the influenza virus ample opportunity to find new victims.”

A resident of Springfield, Virginia, whose ancestors hailed from Northeastern Pennsylvania, Novak was drawn to the subject after researching his family history. 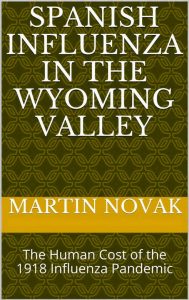 Martin Novak’s book takes a look back at key moments 102 years ago.

He discovered numerous tragic stories of people and families whose lives were forever changed by the Spanish flu.

“It certainly took away quite a bit of a generation because the age group that it affected most was those between 18 and 35,” Novak said, “which are the prime years of your life.”

Unlike today’s nationwide efforts related to social distancing — and without the guidance of organizations like the Centers for Disease Control and World Health Organization, both of which were founded in the 1940s — Novak said Spanish flu mitigation measures were instituted at a local level. That included closing saloons, schools, theaters and other public places.

However, the U.S. was fighting World War I and cities including Pittston, Scranton and Wilkes-Barre held parades to support the effort and sell war bonds.

“And so thousands of Wilkes-Barre citizens obligingly came to demonstrate their patriotism,” Novak wrote of the Sept. 27, 1918 parade in the city. “The spectacle of the mass parade was astounding. … Sixteen full city blocks were crammed with marchers in the parade and those who lined the route to watch and cheer. The Wilkes-Barre Liberty Loan parade was certainly the largest in the Wyoming Valley. It is also certain that many in the crowd that night would contract influenza in the coming days and weeks.”

According to figures from the U.S. Department of Commerce, Scranton saw 70 people die from influenza and pneumonia during the last four months of 1915. Pittsburgh had 508 deaths and Philadelphia 1,330 in the same span.

Those numbers jumped extraordinarily during the last four months of 1918 in which Scranton had 1,048 fatalities, Pittsburgh 5,240 and Philadelphia 12,219.

Novak reported 50,000 Pennsylvania children were made orphans by the Spanish flu, including 1,134 in Luzerne County.

The Spanish flu’s mortality rate was 2.5% compared to 0.1% for the regular flu, Novak wrote.

“They would feel ill one evening and by the next afternoon they were dead,” Novak said.

A sense of community and helping one’s neighbor persisted in the face of tragedy, though, including the Scranton Republican’s Order of Santa Claus feature.

In December 1918, the newspaper published articles seeking donations to benefit the neediest community members, including children.

“Even though probably they didn’t have very much money or resources themselves, they still understood that there were people that were worse-off than them,” Novak said.