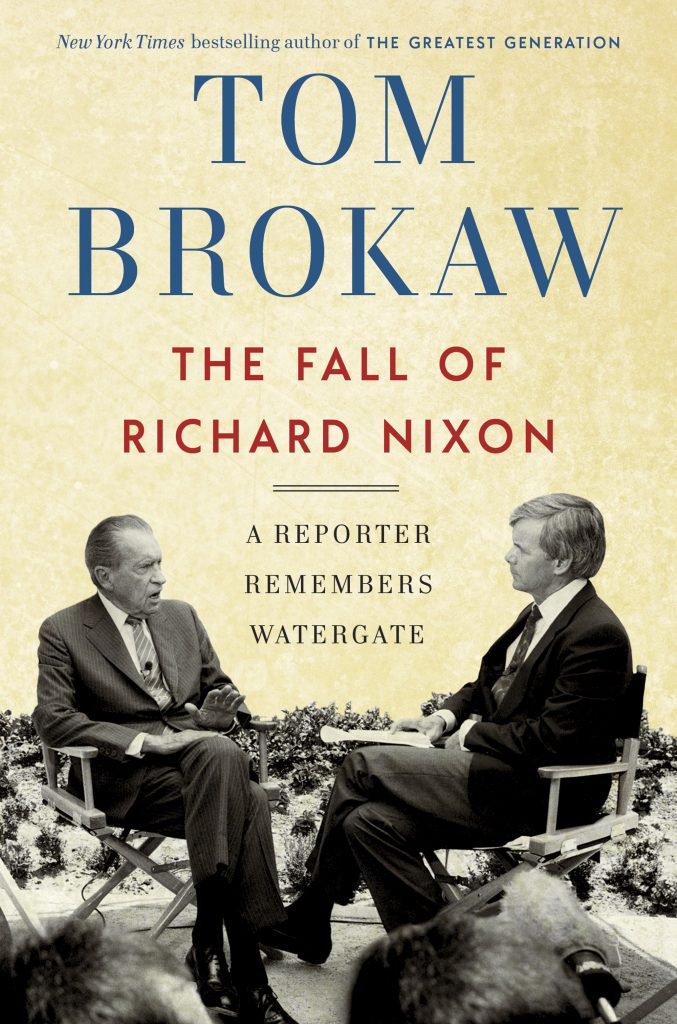 Review: ‘The Fall of Richard Nixon,’ by Tom Brokaw

Tom Brokaw took over the White House beat in time to witness the final, yearlong gasps of the Nixon administration, giving him a front-row seat to witness the only resignation by a U.S. president, who faced certain impeachment.

Now the NBC newsman has delivered “The Fall of Richard Nixon,” which he describes as “one reporter’s personal recollection” of those cataclysmic events — just in time to coincide with today’s constitutional crisis. The book landed in stores just as the Trump impeachment hearings began.

While the timing is superb, the book itself is sadly lacking. It’s a slim volume, with the 226 pages chopped into 27 chapters, an introduction and an epilogue, evidence that he doesn’t drill deep. A kind description is that it’s a breezy read.

Another way of putting it is that it’s a collection of snippets, gossip, meaningless anecdotes and no unique insights. We learn nothing new about Watergate or the key players during those eventful days. An example: On the day the U.S. Supreme Court delivers a pivotal ruling regarding the Oval Office tape recordings, Brokaw encounters Nixon’s lawyer and asks the less-than-probing question: “Any comment, Mr. St. Clair?” Which elicits this response, in total: “It’s a beautiful day, Mr. Brokaw.”

Aside from a few mildly interesting interactions Brokaw had with White House press secretary Ron Ziegler, we don’t learn much about the White House press corps, except how talented, funny and clever they are. We learn plenty about the guest lists of Georgetown cocktail parties he was invited to. And he makes sure to recount the evening that, at a favorite watering hole in California — years before Watergate — actor Lee Marvin seconded the bartender’s praise of Brokaw’s wife Meredith’s “youthful beauty.”

There were many reporters and editors from that time who have written great accounts of Watergate and the Nixon years. (You may have heard of Woodward and Bernstein.) But Brokaw’s entry isn’t one of them.

Brokaw may have been a fine White House TV reporter, but in the annals of TV news coverage of Watergate and the Nixon administration, he didn’t stand out. Instead, it was two CBS reporters, Dan Rather and Daniel Schorr, who delivered tough and revealing reporting — so much so in Schorr’s case that he earned a coveted spot on Nixon’s Enemies List.

Shockingly, Brokaw gleefully relates two reporting tricks that are not what they teach in journalism school. To confirm one story, for example, he calls an organization and pretends to be a White House staffer rather than truthfully identifying himself. That’s not quite on par with the Nixon crew’s dirty tricks, but still …

Brokaw hit pay dirt with “The Greatest Generation.” This book won’t have quite the staying power that volume will.

‘The Fall of Richard Nixon’