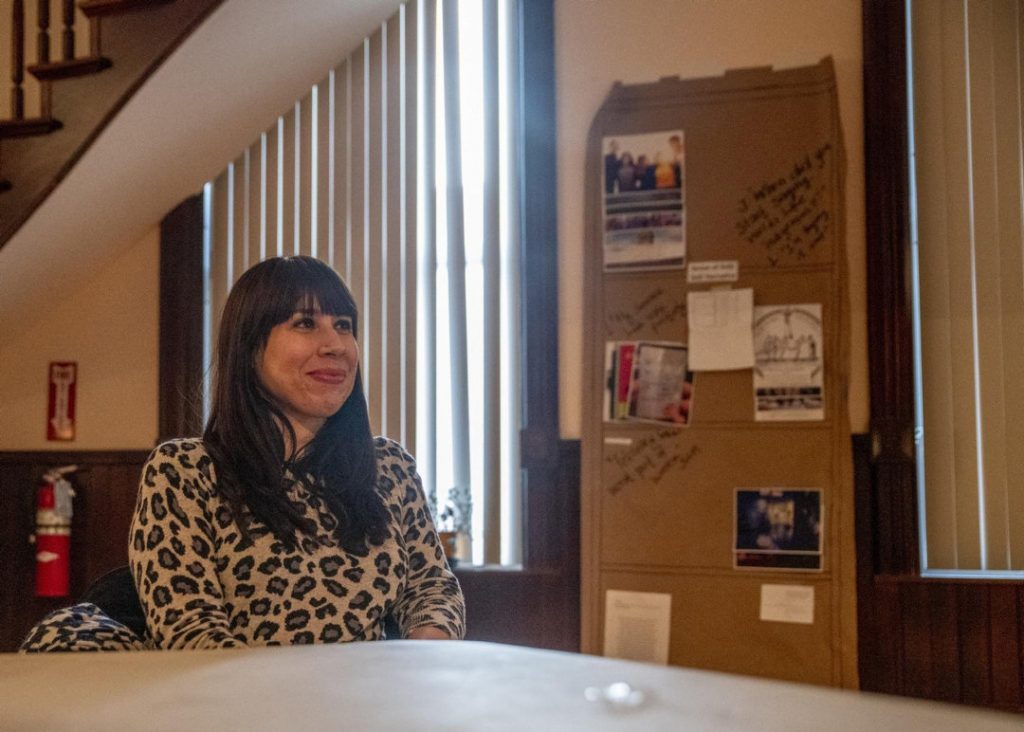 11 books by Latinx authors to read during Hispanic Heritage Month

National Hispanic Heritage Month is celebrated in the United States from Sept. 15 to Oct. 15 to remember the contributions of Latinx people with origins in Mexico, the Caribbean, and Central and South America.

For two decades, the histories and cultures of Latinx people were honored for a week. In 1988, President Ronald Reagan extended it to 30 days.

To celebrate, here is a list of 11 books by Latinx authors to read during National Hispanic Heritage Month.

“I’m Not Your Perfect Mexican Daughter” by Erika L. Sánchez

A Chicagoan, Julia is not a perfect Mexican daughter — that was her older sister Olga’s role. After Olga’s tragic death, their mother channels her grief into telling Julia all of the ways she has failed the family, while Julia discovers Olga may not have been as perfect as she seemed. Read the book before experiencing the play, which was adapted from the novel and is part of Steppenwolf Theater’s upcoming season.

“Once I Was You” by Maria Hinojosa

Emmy Award–winning journalist and host of NPR’s “Latino USA,” Hinojosa tells the history of immigration policy in the U.S., interwoven with her own family’s experiences and decades of reporting. In her memoir, Hinojosa shares her experience growing up Mexican American on the South Side of Chicago, while covering immigration detention camps for news outlets that challenged her work.

Follow Noemí Taboada in this spooky thriller as she strives to save a family member from a suspicious house in the Mexican countryside called High Place. Be on the lookout for the limited series adaptation on Hulu. After reading, check out Moreno-Garcia’s other books, including “Gods of Jade and Shadow” and “The Beautiful Ones.”

Juliet Palante is a self-proclaimed closeted Boricua baby-dyke from the Bronx. The night before flying to Portland, Oregon, to intern with her favorite feminist author, she comes out to her entire family. Only the internship isn’t as life-altering as she’d thought it would be, and she’s on the opposite side of the country, unsure if her family will accept her.

In Argentina, Camila Hassan lives a double life. She’s a star on the soccer field, but at home, her father abuses her. When her soccer team qualifies for a South American tournament, Camila finally gets the chance to achieve her wildest dreams while also balancing secrets, courage and love.

“With the Fire on High” by Elizabeth Acevedo

Emoni Santiago, of Philadelphia, was just 14 when she got pregnant. Three years later, she is balancing raising her daughter, finishing high school and honing her culinary talents with the support of her abuela. Last year, Picturestart acquired the film rights to the novel, so read the book before the movie drops.

Paola Mendoza, co-founder of the Women’s March, pens her first novel about an undocumented young woman. Vali and her little brother must escape a dystopic and xenophobic government to find sanctuary. It’s 2032, and all U.S. citizens are chipped and tracked, making it nearly impossible to survive as an undocumented immigrant. After Vali’s mother’s counterfeit chip malfunctions, Vali and her brother are forced to bolt.

“The Resurrection of Fulgencio Ramirez” by Rudy Ruiz

In the border town in the 1950s, star-crossed lovers Fulgencio Ramirez, the son of penniless parents, and Carolina Mendelssohn, the local pharmacist’s daughter, can’t be together. Thirty years later, the husband of Mendelssohn has died, and Ramirez goes off to see his long, lost love.

Carolina Santos, a wedding planner, was ironically left at the altar at her own wedding years ago. Now, she’s been offered a life-changing opportunity. The only catch is she has to work with her ex-fiance’s brother, the best man from her botched nuptials.

“My (Underground) American Dream: My True Story as an Undocumented Immigrant Who Became a Wall Street Executive” by Julissa Arce

Throughout her book, Arce raises the question, what does an undocumented immigrant look like? She achieved the American Dream by growing up in an small apartment in Texas, working tirelessly, achieving academic success and becoming employed on Wall Street with a six-figure salary. Arce’s memoir dives deep, revealing the physical, financial and emotional costs of this secret that she, like many other successful individuals in the United States, had been forced to keep not only from her bosses, but even from her closest friends.

“Each of Us a Desert” by Mark Oshiro

Follow Xochitl in this queer coming-of-age fantasy story, as she roams alone in the desert, speaking her deepest desire to the stars: to share her heart with a kindred spirit. Her wish is granted when she meets Emilia, the beautiful daughter of the town’s murderous conqueror as they embark on a magical journey.