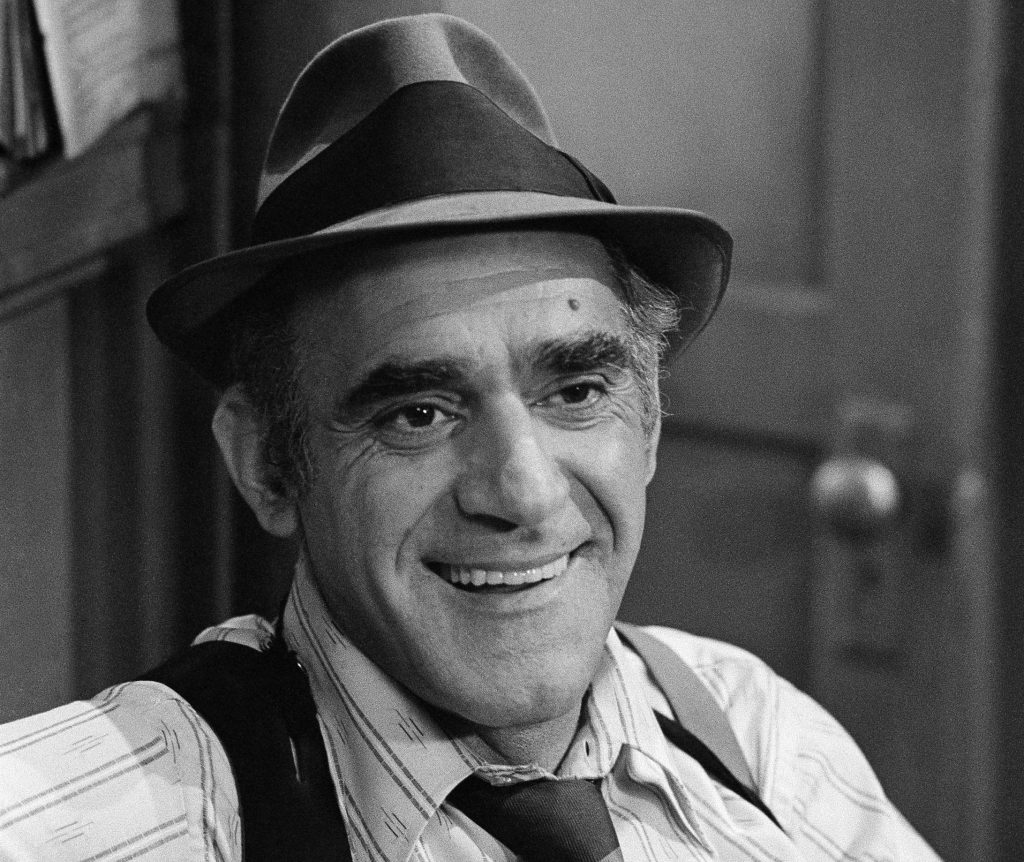 The ‘Law and Order’ of comedy — ‘Barney Miller’ and ‘Night Court’

Last time I forgot to mention “Dragnet” and “Adam-12” are on MeTV now, and “Emergency” is on Cozi TV.

This time I will talk about the “Law and Order” of Comedy — Barney Miller and Night Court.

Reinhold Weege — that’s where they got the REAL first name of Dan Fielding — was one of the writers for Barney Miller. But he wasn’t out of work for long. Miller stopped production in 1982 after a nice, seven-year run, and Weege created Night Court, which started its eight-year run in 1984.

Barney Miller was a funny look at the detective unit in Manhattan’s 12th Precinct. It began in 1975 on ABC. When the show ended, the 12th was eliminated and closed. If you look for a listing of New York City police precincts, you will see there is no 12th — for real.

Theater veteran Hal Linden was Captain Barney Miller, the leader and voice of reason of this happy band of souls.

Their senior detective, Sgt. Phil Fish, was played by actor Abe Vigoda — after his performance as mob capo Tessio in “The Godfather” in 1971. His character’s dead-panned facial expressions and funny comebacks made Fish so popular they spun him off on his own show, Fish, which was he and his wife, Benice, playing guardians to five juveniles for one TV season.

Sgt. Ron Harris was the stylish author of Blood on the Badge, played by Ron Glass. Sgt. Arthur Dietrich, played by comedian Steve Landesberg, was Fish’s replacement, an intellectual who tried his hand at law school and medical school who understood several foreign languages. His deadpan was almost as good as Vigoda’s, minus the hilarious facial expressions.

Jack Soo was Sgt. Nick Yemana, the senior officer after Miller, who was in charge of making the worst coffee on the planet — he even used water than leaked through the roof — and was in charge of the files, but never knew where he filed something.

Maxwell Gail was Sgt. Stan “Wojo” Wojciehowicz — “it’s spelled just like it sounds,” he would say — the Polish, ex-Marine who was the ladies’ man, always late because he was coming from a young lady’s apartment.

In the early years, actor Gregory Sierra was Det. Sgt. Chano Amengual, who would swear rapidly in Spanish when he was upset. They did one serious episode with him when he shot and killed two suspects.

Veteran actor James Gregory was the dubious Inspector Frank D. Luger, who had a lot of time on his hands and visited the 12th Precinct every chance he got, and even included Barney in his will, and got Barney to invite him to Thanksgivng Day dinner at the Millers’.

Ron Carey was the diminutive Officer Carl Leavitt, who Luger referred to as “Levine.” Leavitt was always trying to schmooze his way into the detective unit, where he filled in from time to time.

When someone got arrested in the 12th, they could have been taken to Arraignment Court 2 before Judge Harry T. Stone on “Night Court.”

Stone, the youngest judge on the bench because, as he explains in the first episode, he was home on a Sunday afternoon when an outgoing mayor of New York was calling lawyers to see who wanted to be a judge.

Part of Anderson’s personality spilled into Judge Stone — the magic tricks. Judge Stone was also a big Mel Torme fan. The singer was in ten episodes.

Then there was the 6-8, 240-pound baliff Bull Shannon. Later in the series his first name was revealed to be Nostradames. His childlike outlook on life made for a lot of comedic relief. I know his height and weight, because, in an early episode, he said, “I’m 6-8, 240, and I ain’t got no hair!”

The last original character may have been the best.

Assistant District Attorney Dan Fielding, played adeptly by actor John Larroquette, was first portrayed as a philosophical deadpan who smoked a pipe. But his transformation in the later years to an unabashed, skirt-chasing pervert earned him four nominations in a row for an Emmy for outstanding supporting actor in a comedy. He even declined the last one.

An example of his attitude toward the opposite sex was Dan at a payphone, saying “I heard a lot about you, (pausing to read the wall near the payphone), Candy.” As he walked away from the phone after completing the call, he was singing “Oh Danny, oh Danny, your pants are falling.”

The original cast ends there.

The defense attorney in the pilot changed, and for 13 episodes was the recently-deceased Paula Kelly, and for 19 more was Ellen Foley, before “The Fall Guy” alumnus Markie Post took over as Christine Sullivan, the naive, do-gooding public defender who had “Happy Face” hubcaps on her car.

The gorgeous Sullivan, who dressed in suits, was the perfect foil for Fielding’s perv — he constantly hit on her. One episode had Dan using the Heimlich Maneuver to save her life, and when she asked how she could repay him, he wanted her to sleep with him.

The show’s writers were top-notch. In that episode, Dan said, “It’s post time” when he wanted Sullivan to capitulate.

Then there was the lady baliff, first played by Selma Diamond, and then by Florence Halop — who also appeared in “Barney Miller” — before each died of cancer. They were replaced by comedic actress Marsha Warfield, the tough Roz Russell, whose hobbies included the crossbow and breaking horses.

The court clerk in the first 14 episodes was attractive Karen Austin, who played Lana Wagner. Mac Robinson was then the court clerk who tried to keep the judge in line and had some good lines himself. He was also a Vietnam vet who posed for an underwear ad because of his muscular build.

Some of the recurring characters were funny. There was Phil and brother Will Sanders, played by actor Will Utay, the bum Phil who waited on Fielding hand and foot, and his financial investment brother Will who got Dan into trouble with the Phil Foundation. Bob Wheeler, played by Brent Spiner, who was a hillbilly who kept getting arrested for crazy things, like the detonation of poultry, when an egg incubation machine malfunctioned.

Some of the lines these writers came up with were classic.

When Harry was delayed on a flight, a lady substitute judge covered for him.

When she saw Bull on TV on a game show, she asked why. After Mac came up with this convoluted answer, she replied, “Pour me one of whatever you are having!”

Some other notables who appeared — Terry Kiser, the corpse from “Weekend at Bernie’s” as a tabloid reporter in the first year; Mary Cadorette, John Ritter’s wife in the after-“Three’s Company” series “Three Is A Crowd”, who was Harry’s fiance who had to leave him for the Witness Protection program; John Astin, Gomez Addams, as Harry’s father. Buddy Ryan, who had been in an asylum, “But I’m feeling much better now”; Gilbert Gottfried as a fill-in prosecutor; Nancy Marchand, from “Lou Grant,” as the congresswoman Christine runs against, who dies during the race; Leslie Bevas, the vamping Sheila, Dan’s opposite number for sex, and Tim Stack, who plays in three episodes, one as a fumbling FBI agent, another as Christine’s boring accountant fiance, and another as an ex-Coast Guard commander who takes charge of the courthouse during a strike.

Aside from being on “Night Court,” Stack starred as Dick Dietrick, host of his own fake talk show, in the talk-show spoof “Night Stand,” and as lifeguard Notch Johnson, in the Baywatch spoof “Son of the Beach.”

“Barney Miller” can be seen on Antenna TV, and Night Court on the Laff network.

Q: What actors appeared in all four series — the two Dragnets, Adam-12 and Emergency? (Hint: One first played a police sergeant in “Highway Patrol” with Broderick Crawford.)

A: William Boyett, most familiar as Sgt. William “Mac” MacDonald in 129 of the 174 episodes of “Adam-12,” also appeared in seven episodes of the original “Dragnet”; in nine episodes of the modern “Dragnet,” and in 20 episodes of “Emergency” as a fire chief. He began portraying police officers when he played Sgt. Ken Williams in 65 of the 156 episodes of the syndicated series “Highway Patrol.”

Across the four series, the original “Dragnet,” the newer “Dragnet,” “Adam-12” and “Emergency, Olan Soule, who often played a lab technician, appeared in 29, nine, and one each of the other two.

Virgnia Gregg was in 10, 13, six and six. Actor Stacey Harris was in five, eight, three and one.

Q: What actor appeared in both the later “Dragnet” series, and the 1987 movie in which Dan Aykroyd did a great impersonation of Jack Webb?

A: Harry Morgan reprised his role as Bill Gannon, but in the movie, he is a captain in charge of Joe Friday’s nephew, Joe Friday.

Q: Ben Alexander appeared in another police series in the 1980s. Can you name it?

A: “Felony Squad,” a 30-minute cop show on ABC from 1966-69, which starred Alexander in all 73 episodes as desk Sgt. Dan Briggs, along with stars Howard Duff and Dennis Cole. Along with “M Squad,” another 30-minute cop show from 1957-60 with Lee Marvin as Lt. Frank Ballinger, were the inspiration for the spoof that gave veteran dramatic actor Leslie Nielsen his start in comedy — “Police Squad,” which ran only a handful of episodes in 1982, but gave rise to the highly-successful “Naked Gun” movie franchise. “Cigarette? Yes, I know.” I think it was more Marvin’s show.

A. Peter Lupus, who was Willy Armitage, was Norberg. That part went to O.J. Simpson in the “Naked Gun” movies.

Q: Markie Post appeared with her real-life husband, Michael A. Ross, in one episode of “Night Court.” Can you name his character?

Q: John Laroquette appeared in a popular military comedy movie before “Night Court.” What movie was it?

Q. Who was the lady replacement judge mentioned above? What other series did she appear in?

Q. What series did Brent Spiner appear in after “Night Court”?

Q. Other than Billie Young, what was Ellen Foley’s other claim to fame?

Q. Barney Miller referred to Manhattan South several times. What other series made the same reference?