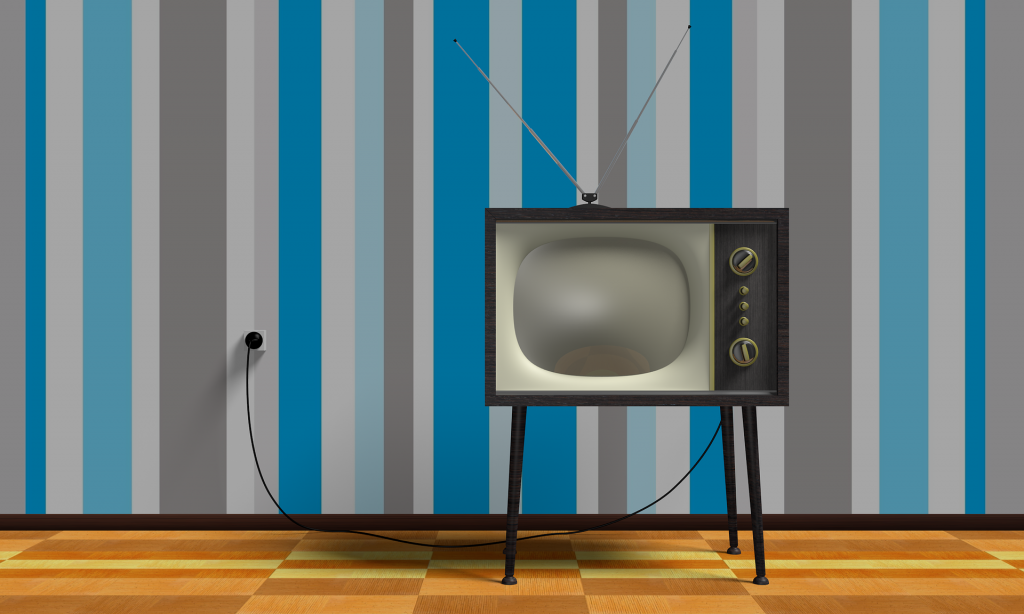 ‘The Flintstones,’ ‘The Jetsons’ one end of time to the other

If you think “The Simpsons” was the first cartoon in prime time, you are sadly mistaken.

The series, produced by Hanna-Barbera Productions, was one end of the time spectrum they covered. Hanna-Barbera also produced the cartoon about a family of the future, “The Jetsons,” in 1962-63 and 1985-87. The Jetsons did not appear in prime time.

“The Flintstones” was a re-creation of Ralph Cramden and Ed Norton and their wives, “The Honeymooners.”

So Fred was patterned after Ralph, played by actor/comedian Jackie Gleason, aka “The Great One.”

Since my dad was a dead ringer for Gleason, and Fred had a pet named Dino, guess who I identified with growing up? I’d see my dad, turn on TV, see Gleason, and then see Fred. and I thought the whole world was them.

Since I identify with Fred and the gang — and had a daughter as my first child — I had the urge to put a bone beret in her hair. My daughter, Heather, told me later she was glad I didn’t. But she told me a little more forcefully than that.

When Pebbles was born, Fred’s mother-in-law, Mrs. Slaghoople — got to love that name — came to stay with them for awhile. When she was leaving, Fred told Pebbles, “Say bye bye to the nice battle ax.”

The cutest story they told concerned the kids. I remember when Bam Bam was left on Barney and Betty’s doorstep. and they adopted him. At first, they thought they had lost out to a wealthy man — until he found out his wife was pregnant, and allowed the Rubbles to adopt Bam-Bam.

Actor Alan Reed was the voice of Fred Flintstone until he died in 1977. After that, Henry Corden, one of my “Unsung Heroes of TV,” did the voice. Corden was in several episodes of “Hogan’s Heroes” as well as other TV shows in the ’60s, like “Dragnet.”

Jean Van Der Pyl was the voice of Wilma. She also voiced Rosie the Robot, the robot maid in “The Jetsons.”

The voice of Betty Rubble, as a said in a previous column, was Bea Benederet, Kate Bradley from “Petticoat Junction” and from “The George Burns and Gracie Allen Show.”

Benaderet died in 1968, and stopped doing Betty in 1964. That’s when Gerry Johnson took over.

Other crossover voices were: Daws Butler, Barney Rubble and Elroy Jetson, and Don Messick, Bam-Bam Rubble and one of my favorite cartoon characters, Astro, the Jetsons’ dog, who said every word beginning with an “r”, like “Rats Right, Rorge” for “That’s right, George”.

The voice of all voices, Mel Blanc, also did Barnet Rubble, and also did the voice of Cosmo Spacely, the head of Spacely’s Space Sprockets, the firm where George Jetson became a vice-president. He also voiced a bunch of other cartoon voices. When Blanc died in 1986, his son, Noel, took over for a time. Talk about the acorn not falling far from the tree.

There were two other stars who appeared but did not speak — Cary Granite, or Cary Grant, and Perry Masonary, or Perry Mason. They are using that character in promoting both shows, which now appear on the MeTV network. :Perry Masonary represented the rich man listed above in Bam-Bam’s adoption.

A former colleague of mine here at the Standard-Speaker, Emerson Heffner, had a friend “stone” his name — Emerstone Heffnerock.

“The Flintstones” are seeing a revival now on MeTV every weeknight, Sunday mornings and on Sunday nights at 10 p.m,, right before “The Honeymooners”, billing them as “two of a kind.”

Before we close, a few thoughts on “The Jetsons.”

George Jetson was a vice-president for Spacely’s Space Sprockets. Their main competitor was Coswell’s Cosmic Cogs.

Do you remember Henry, the janitor and maintenance man in George Jetson’s building? “Well, Mr. Jetson, they keep making these new-fangled things,” he would say.

Do you remember the episode when Daughter Judy was infatuated with a pop singer? His name was Jet Screamer. He kept saying “Baby, baby, baby.”

Some coming attractions in “TV’s Greatest Hits” include sci-fi, medical dramas, and legal dramas, including a column on just the “Law and Order” shows.

A. None other than Officer Pete Malloy from “Adam-12,” actor Martin Milner

Q. Who played “Faceman” in the pilot?

A. Actor Tim Dunigan. That role was his first. He went on to play the lead in the TV series “Captain Power and the Soldiers of the Future” in 1987-88, and frontinersman Davy Crockett in “The Magical World of Disney” in 1988-89.

A. “Banacek” the Polish private eye, who was always quoting Polish proverbs. “Banacek” was part of the NBC Wednesday Mystery Movie. NBC was so successful with the “Sunday Mystery Movie” — the rotating “McCloud” “MacMillan and Wife” and “Columbo,” the network decided to try another rotating setup on Wednesdays.

Q: Do you remember the other two series “Banacek” rotated with?

A. The first year, they were “Cool Million” starring James Farentino as a CIA agent turned private investigator whose fee for each case was $1 million, and “Madigan” starring Richard Widmark, as a New York City detective. The second year, “Banacek” rotated with “Faraday and Company” starring veteran actor Dan Dailey as a Los Angeles private detective; “Tenafly” starring James McEachin as an African-American private eye, and “The Snoop Sisters” starring Helen Hayes and Mildred Natwick as elderly ladies who solved mysteries.